Turkey and Dragon Mom: My Infra-Thanksgiving! 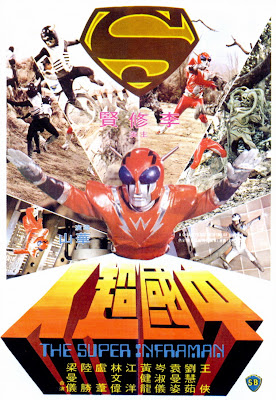 When the Professor asked me to write a piece about my memories of watching monster movies on Thanksgiving Day (and the day after), the first thing that sprang to mind was the Godzilla/King Kong marathons that WWOR would unleash upon our turkey addled prepubescent minds every year. And while those marathons provided hours and hours of city stompin’ joy year after year, I kept flashing back to a different memory. 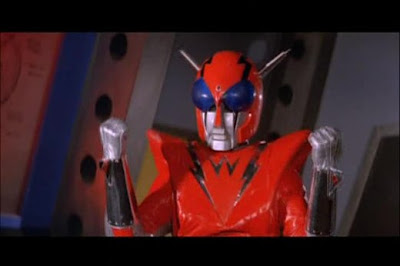 By the late 80’s, the WWOR marathons slowly faded away, but I still craved some hot monster on monster action. I remember flipping through the TV guide, searching desperately for my Kaiju savior to come and deliver me from my tryptophan induced malaise. And then I found it: Inframan! Cable TV was about to bash my skull with two full hours of Chinese Ultraman inspired goodness! I grabbed some leftovers, plopped down, and let the wave of pure genius that is Inframan caress my neurons.

What did I see you may ask? Well…silver suited “scientists” who are as adept at riding dirt bikes as doing science flip around and fight bizarre prehistoric mutants lead by a woman who may be the mother of dragons (if her name is to be believed) and isn’t afraid to accessorize her bad ass evil costume with feminine touches like pink bows. Then as if the above wasn’t enough, the leader of the science team creates Inframan through a dodgy scientific procedure that includes projecting blueprints and laying random bits of stuff on the The Killer’s Danny Lee. Anyway, a ton more action ensues and the good guys save the day (honestly, you should just watch the film..it can’t be described!) I immediately went outside after the film and proceeded to mimic Inframan’s moves and battle imaginary monsters for the rest of the day. And that may have been the best Thanksgiving break ever! 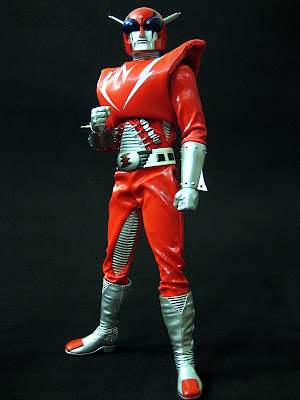