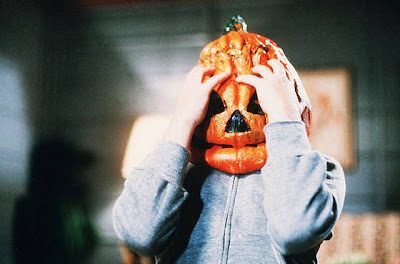 It's almost that time again. So, time for the annual Halloween top ten. I can't believe I've been doing these since 2008! Time, where have you gone? This year my picks run the gamete, from big budget to no budget. From goofy to sleazy. The one thing they all share is that each one brings a essential element to the Halloween viewing experience. 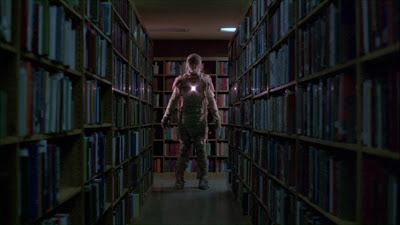 Halloween just wouldn't be the same without a shambling, bandage covered mummy. Universal and Hammer had their mummy epics, hell there's even the Aztec Mummy films. Time Walker takes the mummy flicks of old and updates them to the early 1980's. It also throws a few twists into your stranded mummy epic. I won't spoil the ending, but when I saw this as a kid it was certainly a surprise. The action takes place in the most '80's of horror locals, the collage campus. In fact if it wasn't for the mummy lurking about you might mistake this for a campus set slasher. 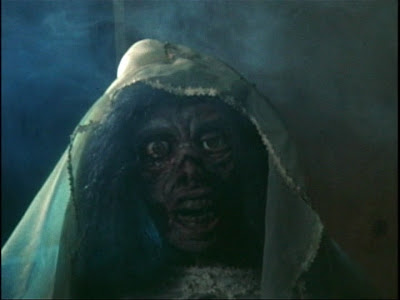 A Super 8 homage to the Amicus horror anthology films of old. Though a tad grungy and a little goofy at times, The Basement works as a neat little anthology. The stories certainly aren't the most original, but they get the job done. At barely an hour, it never outlives it's welcome. Plus there's the added treat of one of the segments having a Halloween theme. 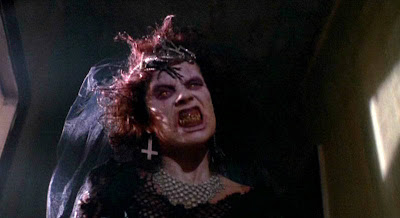 A horror romp filled with plenty of Halloween atmosphere. The story is fun and you can tell the actors are having a blast. The characters are quite memorable, especially Angela. Speaking of Angela, she does one heck of a wild and sexy dance accompanied by a killer Bauhaus tune. Crazy punks, coffin sex, some of the grooviest animated opening credits ever, the most uncomfortable lipstick scene put on film and a great ending gag make this an essential for Halloween viewing. 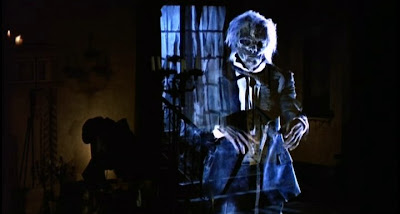 A great little gem from the '80's. With Linda Blair, an old Manor, collage hazings, a deformed killer and really bad '80's hair. From the slasher genre's golden age, Hell Night takes the already familiar stalk and slash tropes and adds a classy, almost Gothic vainer to them. It's is a sorority slasher by way of Scooby-Doo and Hammer. There's plenty of haunted manor hijinks involving elaborate pranks and secret passages before the slasher business starts. Depending on your tastes there's Linda Blair's amazing cleavage, Suki Goodwin bringing out the sexy underwear and Vincent Van Patten wearing some really zany boxer shorts. Speaking of Van Patten, his character goes down as one of the best in slasher film history. 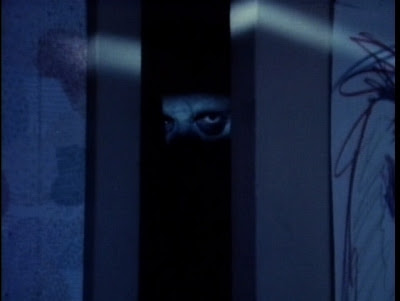 "The Darkside is always there waiting for us to enter; waiting to enter us."

For four seasons Darkside creeped me the hell out. That opening narration and the negative footage, that's some scary shit for a kid to take in at 2am. Add to that the odd way a lot of episodes played out and the low budget filming. Major spook factor. You can't go wrong with episodes like Trick Or Treat (pilot), In The Closet (s1ep8), Halloween Candy (s2ep5) or Seasons of Belief (s3ep11). Damn, all this Darkside talk makes me want to crack open the DVDS and start watching! 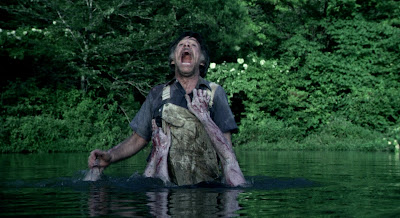 Halloween ain't nothing without a good haunted house. But, you know what's better then a haunted house? A haunted brothel! What's scarier then not being able to escape a haunted house? Being scared to go outside. See the heroine is a mystery novelist who suffers from agoraphobia. Her fear of going outside is just as great as her fear of the ghostly goings on. There's a couple of really good gore set pieces and a neat scene involving a lake. 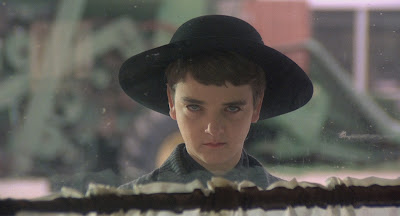 Halloween and corn go hand in hand. Popcorn, candy corn, Children of the Corn. The Corn films always bring to mind the harvest festivals associated with the 31st. The first COTC film is still the best of the bunch. Sure the narration is goofy and the darker ending of King's story is nowhere to be seen, but we do get a couple of classic villains (Isaac and Malachai), Linda Hamilton and ton of quotable lines. "Outlander! Outlander! We have your woman!" 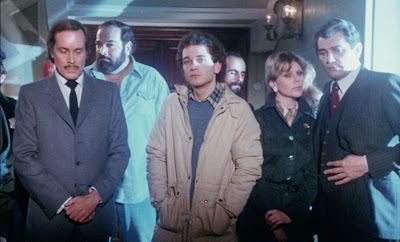 Pieces is the ultimate Halloween party film. It'll either have people rolling in tears, grossed out or running into the night shrieking for their lost sanity. It's just insanely funny and gory. It never, ever gets boring and is a classic Grindhouse/drive-in flick. Plus who could forget the classic "BASTARD! BASTARD! BASTARD!" line or the kung fu instructor's suprise attack.

2-Halloween III: Season of the Witch (1982)
A yearly staple of my Halloween viewing. Sure there's no Myers sulking about, there is however that insanely catchy Silver Shamrock jingle. I'll never understand how someone could steal part of Stonehenge, but what the hell. That's one of Halloween III's charms, along with the all powerful mustache king Tom Atkins and a slinky and sexy Stacey Nelkin. The score by John Carpenter is also on of the best of the series and highly recommenced. 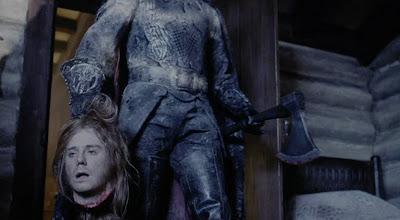 Living in upstate New York, Halloween always brings to mind "The Legend of Sleepy Hollow" by Washington Irving. This is one of the best adaptions and perhaps my favorite Burton film. While it does change quite a bit of the story, it's done in such a way that it adds to rather then detracts from the viewing experience. The cast is perfect and not a one feels out of place. There's no Keanu Reeves in Dracula going on here. Depp practically inhabits the role of Icabod Crane. He makes Crane a intelligent and heart broken coward, who becomes a hero and it never seems out of character him becoming one. Sleepy Hollows visual style mixes Hammer and Universal with Bava and Argento creating one of most striking looking films in Burton's career.
Posted by Professor Brian O'Blivion at 10:25 PM

Keen pics!! HALLOWEEN III, NIGHT OF THE DEMONS, SLEEPY HOLLOW, and HELL NIGHT have all figured heavily into my rotation as well, and I just recently did a CHILDREN OF THE CORN-a-Thon in September! PIECES is fantastic, too - ANY time of year.