The Life And Death Of The Party: An Interview With Carl Bachmann 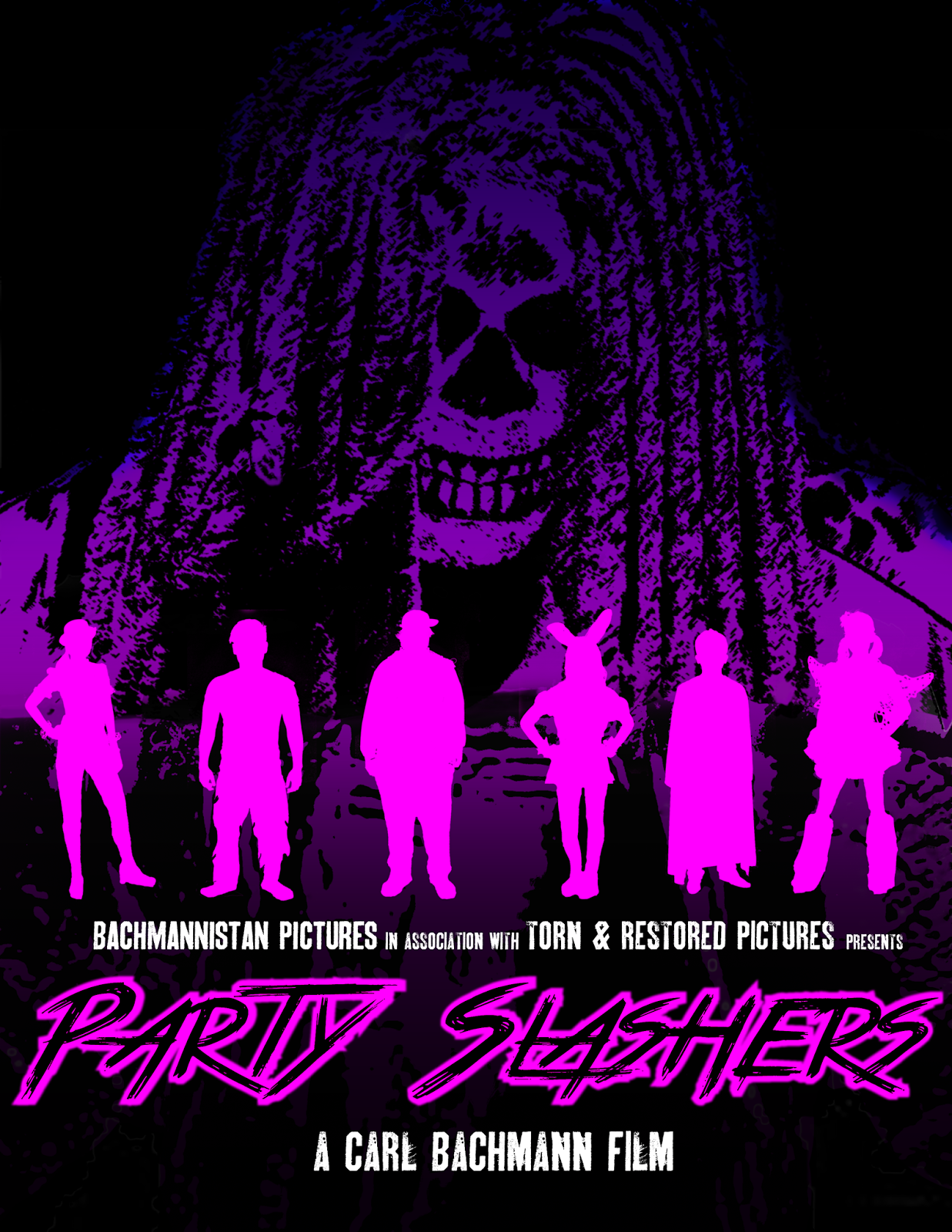 What first made you want to become a director?

I've always been captivated by movies. The ability for the motion picture to transport me to a different world was a thing of magic. It was when I first watched Fight Club back in 2000. I noticed so many artistic aesthetics that blew me away. I started to ask myself "who is the creative decision maker in a film?" I wanted to make my own movies and control the creative process myself, and that's when I decided that I needed to become a director. I wanted to create new worlds for people to immerse themselves in and experience an alternate reality.

Can you tell us a little about story of  Party Slashers and how the story came about?

The inception of Party Slashers was actually born from a song. I first listened to a song called "Internet Friends" by Knife Party. The dark tones followed by a heavy beat got me thinking about a kick ass slasher film. We haven't had one in a while, in my opinion, and I started getting nostalgic about the golden age of slasher films (Elm Street, Halloween, you know which ones). I wanted to merge that atmosphere with the vibe of an awesome party. I chose characters in High School, because those types are not the wisest, and they are most vulnerable. I wanted to reflect on my own experiences in high school of being thoroughly unprepared for whatever came up in life, and making colossal mistakes along the way. To me, it is hilarious seeing myself as a high school kid dealing with problems I had no clue how to solve. I thought I'd up the ante on the these characters and have them face undead murderers.

What was it like coming up with the killers for the film?

I wanted the killers to be inhuman. I find human killers less scary because I know how they can be killed. With something that's out of this world, the mystery of their vulnerability makes them all the more terrifying. They are technically revenants: undead creatures that were murdered in an unjust way that can be summoned by necromancers to kill the living. Their tools of their trade have now become there weapons of death. 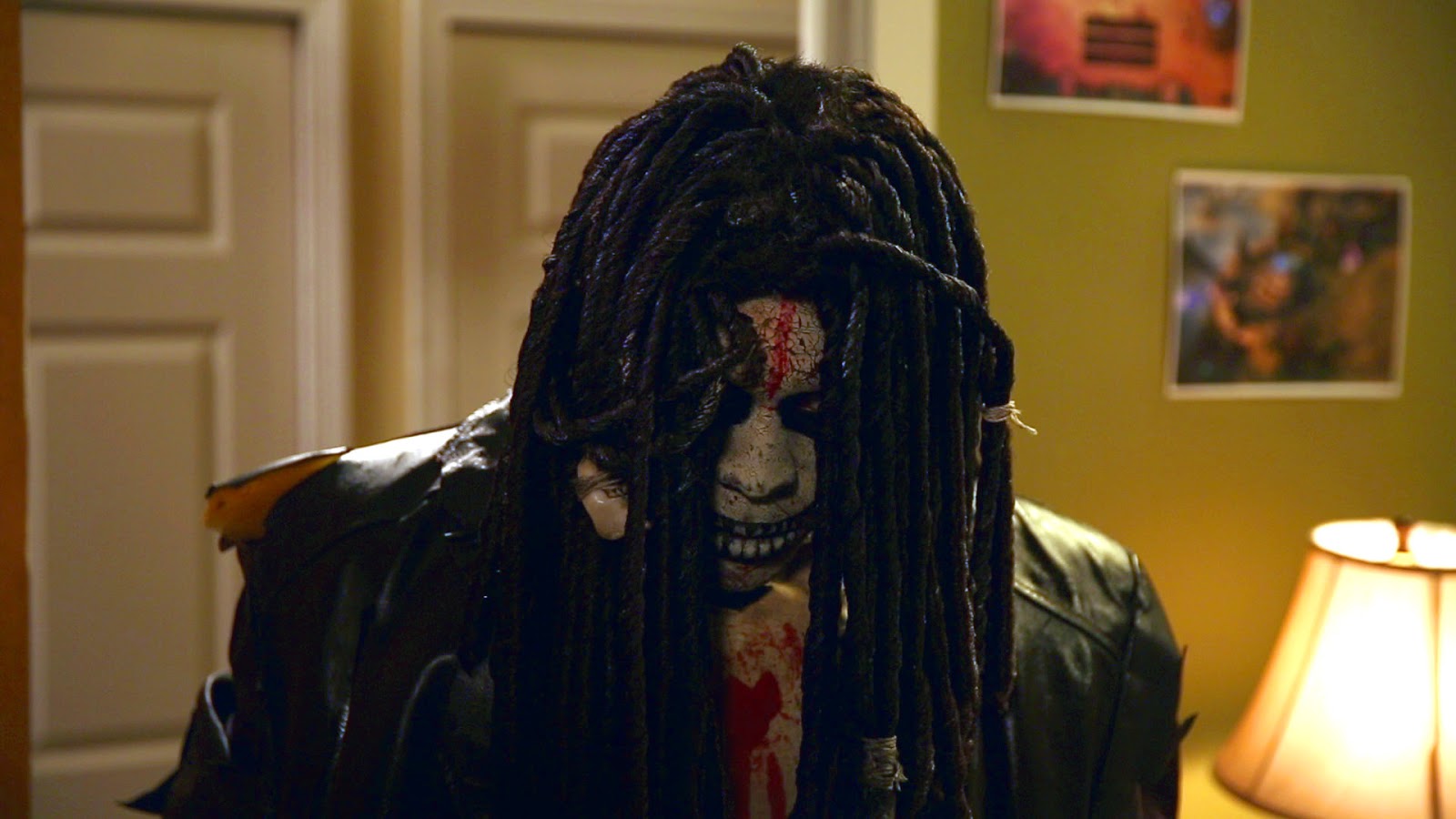 Are you a fan of '80's slasher films? Do you have any favorites?

I am very much a fan of 80's slasher films. I felt like a lot of creative risks were taken to create characters that are still household names today. Hard to pin down a favorite...Enjoyed watching the Friday 13th series the most- The Final Chapter probably being my most favorable of the saga. The atmosphere that was created in those films paired up with a killer with super strength that just doesn't seem to die made him a lot more thrilling. I also loved the idea behind the elm street saga - The kills were of the most creative of any slasher series I thought, and the inevitability of sleep paralleled geniously with the inevitability of death. Something you have no control over, completely enslaved by the dream master himself.

What kind of challenges do you face using Kickstarter to finance your film?

The money. It costs a bit to make a feature film, and after doing a lot of research $35,000 is the maximum amount I can ask for before the goal becomes unrealistic. What's tough is that I don't have a a-list actor attached to this, this project is not based on an existing franchise with an established audience, and I'm not a prominent film figure with several high profile films under my belt. So I have to generate a new audience and pull them away for a second from all the other content out there that's demanding their attention. But I'm a filmmaker with a drive and a vision and my strength is original content with a funny premise and creative rewards, and this is my main focus for drawing audiences in. 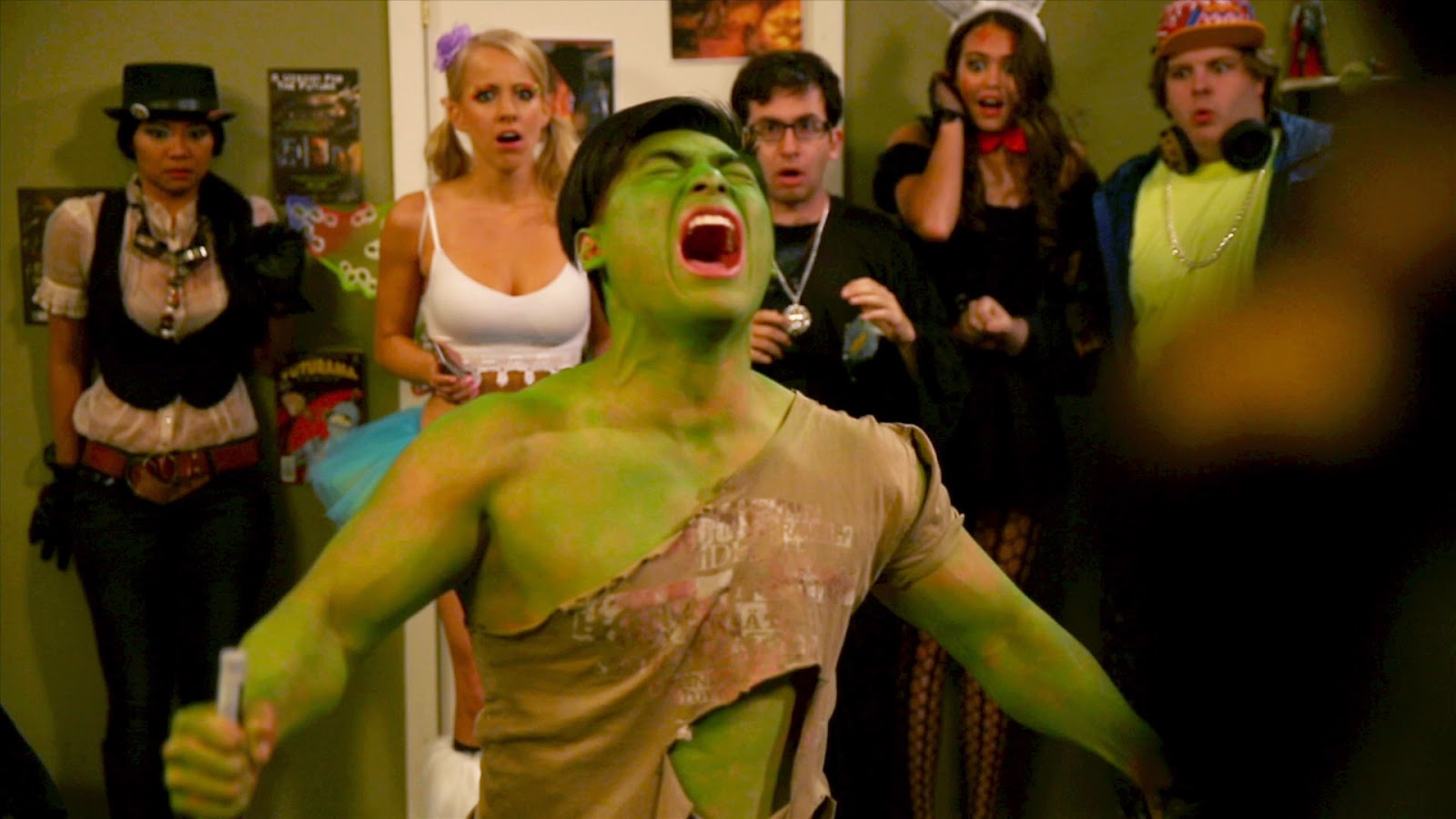 What sort of budget are you hoping to raise?

This will be seed money to get the ball rolling on production. Personal funds will be contributed to this budget as well to pad the production, and outreach to external funds will be required for Print & Advertising (P&A) costs. Idealistically, I'm looking for $90k, but you can't always get what you want, but if you try sometimes, you get what we need (Please don't sue me for copyright infringement, Rolling Stones).

Is the story set at all one location? Do you plan on using any sets?

The majority of it will take place at Russell's house. We'll also recycle this location by rearranging rooms to look like they belong to different houses for scenes involving another party, as well as Will's house.There will be some small scenes that take place at a liquor store where the boys proposition a bum to buy them booze.

Who's providing the music for Party Slashers? Will it emulate old school slashers?

Great question. The two artists that provided music for this are Power Glove and Moskva-Kassiopeya. I found both of these artists on Soundcloud and I've been hooked to their music. I discovered them after seeing a project on Kickstarter called Kung Fury. The music used was by an artist named Mitch Murder (neo-80's instrumental music). From there I was introduced to a whole collection of this type of music, including the two artists featured in this. It will heavily emulate 80's slashers, as a throwback to the golden age. The beginning of Power Glove's Motorcycle Cop features a synthesizer riff that reminded me of the Nightmare on Elm Street theme song, and I had to have it. I had to harass Power Glove several times through Soundcloud to show them I was for real. I showed them storyboard's and explained what I was trying to do, and eventually they were down for it. 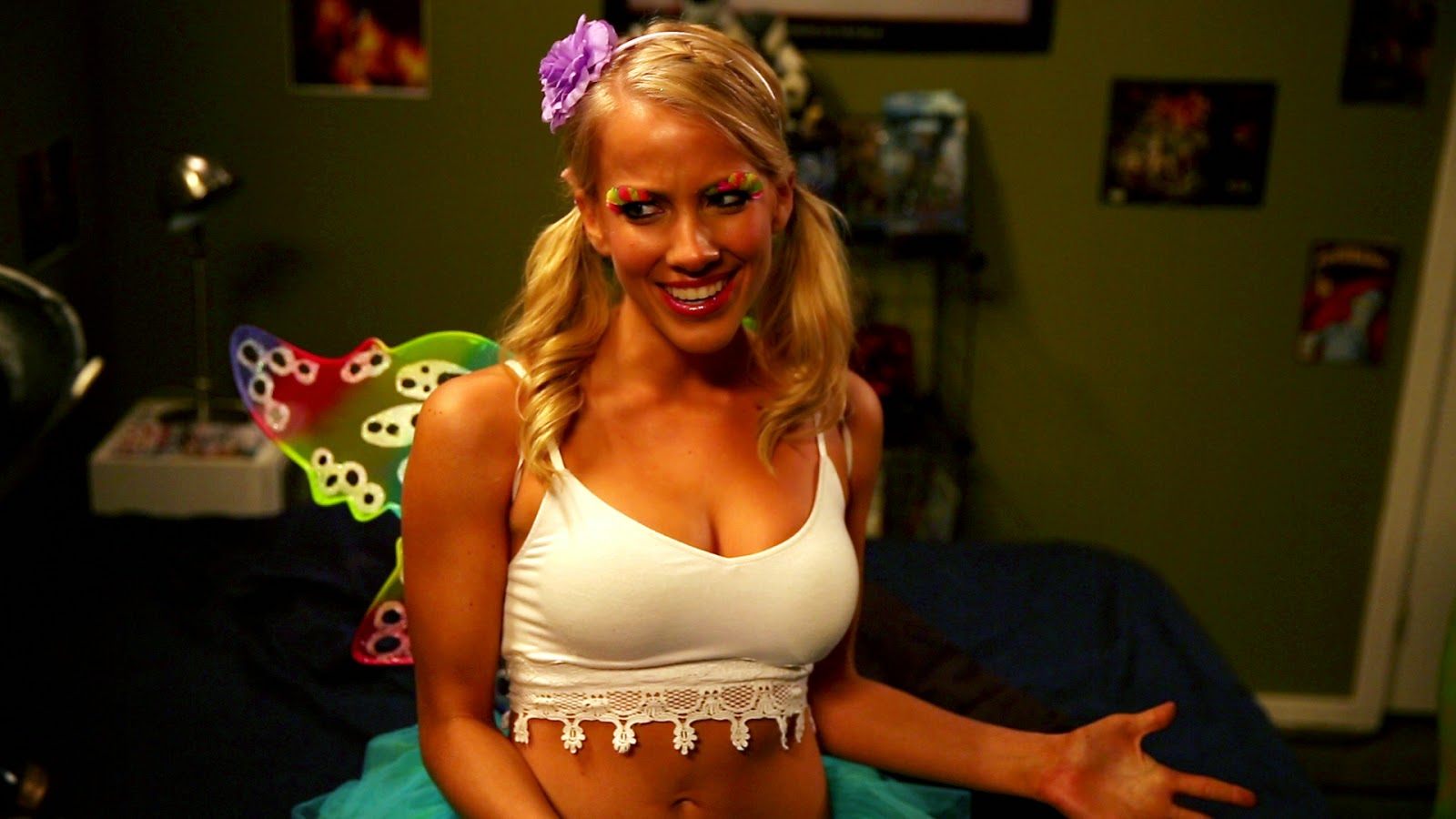 What sort of advice do you have for any aspiring filmmakers out there?

Making a film can be one of the toughest challenges you face in life, and you're heart has to be in it. No one cares about your film as much as you do, and the moment you stop caring, your film will die. Seeing it on screen is one of the most rewarding experiences ever. I remember seeing my first short film, Miracle On Metal Street, on a silver screen and hearing the audience laugh gave me such a high (There's a reason why +80 year-old filmmakers can still recall the experience of their first movie). People will be jealous of you, they'll write you off, they'll naysay you and you have to tune them out and press on. People want you to do well in life, but none of them want you doing better than they are. Fuck 'em, this is your life, and you want to be proud of it.

Check out the project! I know not everyone is sitting on a pile of cash like Scrooge McDuck, but spreading the word is about equally as helpful! Thanks for reading this!

For more info and to help out you can go here and here.
Posted by Professor Brian O'Blivion at 4:52 PM