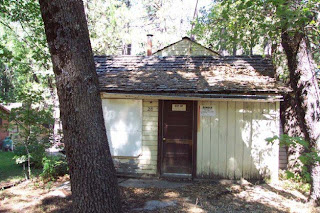 Josh Hancock has taught English for over thirteen years. His documentary Cabin 28: The Keddie Murders (2004), has brought attention to an unsolved quadruple homicide nearly thirty years old. In 2008, he published a companion book of the same name that includes new interviews, rare photographs, and a look into the making of the movie. Josh is currently in post-production of the sequel to the Cabin 28 documentary. Recently I had the pleasure to talk to Josh about Cabin 28: The Keddie Murders, it's creation and it's upcoming sequel.

Can you fill in our readers on your documentary Cabin 28: The Keddie Murders?

Josh: Cabin 28: The Keddie Murders was released on DVD in 2004. It tells the tragic story of an unsolved quadruple murder and kidnapping that occurred in a remote town in the Sierra Nevada Mountains. The documentary features interviews with the family members of the victims, the local police and FBI agents who worked the case, and the townspeople who feel the harrowing effects of these murders to this day. The film also provides a detailed look into who might have committed the murders, which remain unsolved as I write this. 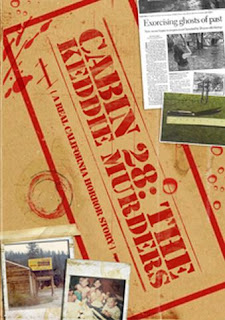 How did you learn of the Keddie Murders? And what inspired you to make a documentary about them?

Josh: I'm an English teacher in the Bay Area, California, and about ten years ago one of my former students told me the story of the Keddie Murders. I was surprised that not many people outside of Plumas County had heard of the homicides. I wasn't expecting the family members of the victims to agree to both our documentaries, but they did, and within a few months we were shooting Part I. It's one of the most disturbing, bizarre, and mysterious cases I've ever read about, and I just became hooked. Part I took nearly three years to make, simply because there were so many avenues to explore in the story.

While investigating the crimes have you come to any conclusions about the identity of the killer(S)?

Josh: Yes. In Part I, I felt that we made a fairly convincing argument as to who committed the murders. But a lot of our conclusions were drawn from the stories and speculations of others, and we couldn't always confirm that the stories we were being told were true. In Part II we set out to remedy that. Part II offers up its fair dose of speculation and rumor, but ultimately the argument we put forth is grounded in fact. In my mind, there is little doubt who committed the murders. 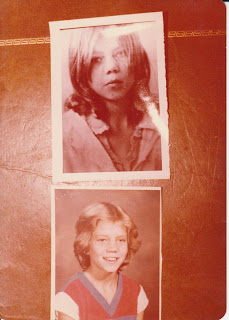 What difficulties did you encounter whilst making the documentary?

Josh: With Part I, our difficulties were a combination of many factors, including that we had little money. There was an air of secrecy, fear, and hesitation among the people we interviewed in that film, and we had a hard time getting at the truth sometimes. We changed our whole approach with Part II, raising money ourselves and also asking for donations through a website for independent filmmakers. We got a lot of support. We also accessed some of the case files on the crimes so that we could contact people who actually lived in Keddie and Quincy at the time of the murders, which provided us with much stronger interviews. Probably the biggest difficulty was just that these murders happened almost thirty years ago. People move away, their memories fade, and their desire to discuss a murder case this old tended to wane. But the people who were willing to come forward did an amazing job. We couldn't have done it without them.

Is there any connection between the film The Strangers and the Keddie Murders?

Josh: That was a rumor that went viral upon the release of The Strangers. Though some of the circumstances in both stories are similar (remote setting, home invasion, victims being tied and stabbed), the director of that film has never referenced the Keddie Murders directly. Still, that publicity helped us out a lot and drew much attention to the Keddie homicides. The big difference, of course, is that the Keddie Murders really happened; these were four real people who lost their lives violently and tragically, four people for whom justice has never been served.

You're working on part two of the documentary. What does it cover? And when and were can we expect to see it?

Josh: Part II has been a wild ride from start to finish. It provides an overview of Part I before diving headlong into the case in an effort to determine who killed these people. Because my producer, Amanda Glover, and I were privy to much more information than we were in Part I, the sequel makes some startling revelations about the case. You'll hear from psychics who studied the case; walk through the crime scene with one of the original investigators; read excerpts from police reports; hear audio tapes of interviews with the key suspects; we even tracked down two of the original suspects in the case and interviewed them about the reasons that they became suspects in the first place. Part II concludes with a startling confession to the murders, so it's a huge leap from the first film and a huge lead for local law enforcement. The documentary will be available from our website, http://keddiemurdersfilm.com/ starting in October of 2010. Part I is currently available from our site. 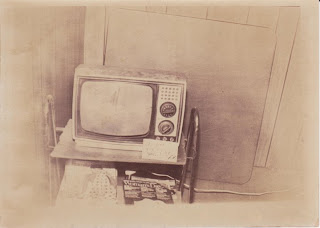 What features can we expect to see on the DVD?

Josh: It will feature Part II, which has a running time of 105 minutes. Though this hasn't been confirmed yet, it will most likely feature a photo gallery of never-before-seen photographs. We tend not to put any deleted scenes on our DVDs. Those are all available for viewing online, through our website and our YouTube channel. Our YouTube channel is http://www.youtube.com/user/keddiemurdersmovie.

When is the DVD getting released and were will we be able to pick it up?

What sort of equipment did you use to shoot the documentary?

Josh: We shot both documentaries with a used Canon XL2, some wireless mics, and a shotgun mic from Audio-Technica. We rented a lot of our equipment from ATS Rentals (http://atsrentals.com/), who only charge you one day for weekend rentals. 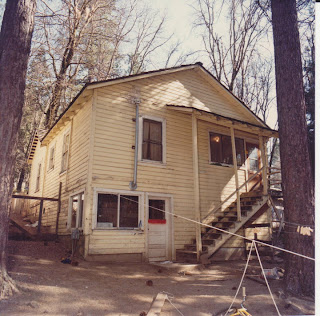 What advice would you give to any up and coming filmmakers reading this interview?

Josh: Do all the things you already know: raise money, make a schedule and stick to it, organize a crew of people you like and can trust. But most of all, don't let anyone stop you from making the film you want.

For more info check out the Cabin 28 Facebook page which is http://www.facebook.com/pages/Cabin-28-The-Keddie-Murders-part-I-and-II/119081004798651 and the deviantART page, which is http://keddiemurdersfilm.deviantart.com/
Posted by Professor Brian O'Blivion at 9:41 PM

I've watched some video on "Cabin 28" and if it was created by the man interviewed, he is advised to improve the lighting.

What I viewed was way too dark and nearly a waste of time to view.

As far as publicity, it probably could only help solve the crime. I can't believe they haven't managed to use DNA testing already. Some of the cops / investigators are just downright lazy or incompetent.

I have yet to watch the video but just from seeing Josh's statements I conclude he wants to tie the murders up in a neat little bow & be the hero to find the murderers. That's all good for his film but in reality it doesn't actually solve the murders. This was a very complicated case, which I'm sure the police realized at the time or would have swiftly solved it, with witnesses that attested to times & locations of Josh's already made up his mind culprits, so in putting the people he wants it to be in the cabin at that time is like fitting a square peg into a round hole which is what viewing his forums is like. He entertains other ideas & scenarios but yet in a close-minded manner as his mind is set on how he wants it to go, as stated in his comments on the film. Again, this does not really solve the case or bring these people justice, only an illusion of justice.

Hey look on the bright side, he brought light to a very horrific night in '81. I'm all about justice for the innocent, period....

I just watched a profile piece on YouTube, a mediocre production by People Magazine. As ever, I did some cursory research on the case. In so doing, I came across a forum that was explicit in assuring readers that their forum had no association with 'despicable' Josh Hancock. Why they find him so is a mystery to me, a mystery I would no doubt investigate had I more time at my disposal. It seems to me that there is more than a little wrong with most everything to do with this case. TOTALLY undignified behaviour. It really does seem to me that people have placed themselves firmly in the middle of a case that, at the very least, should honour the memories of those who died.