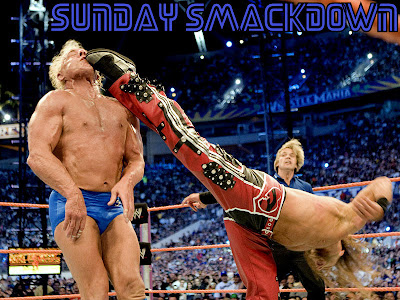 This week it's a battle between two tough as nails dudes who like the sharp objects.

Machete Cortez is a former Mexican Federale who lost his family to a Drug Lord. After being set up by a corrupt Senator, Machete went on to get bloody revenge. He's proficient in killing with just about anything and is a real ladies man.

Blade the vampire hunter is a stoic warrior. Cursed with the vampire's thirst for blood but he also posses all the  vampiric powers and has an immunity sunlight. Blade employs a stylized double edge sword as one of his main offense and defense tools as well as wielding varieties of throwable glaives, different knives, silver stakes, firearms. 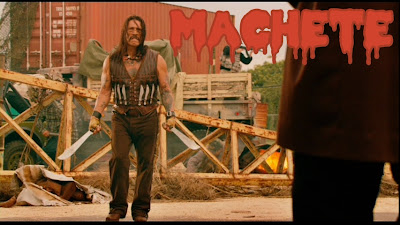 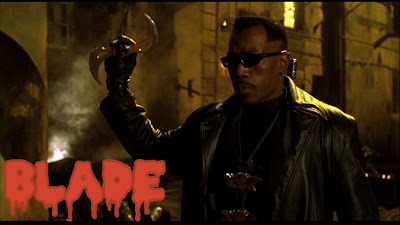 I'd imagine this too be on hell of bloody battle so you might not want to stand too close. 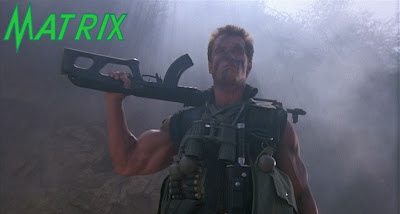 Frankly a surprise. As much as I love Commando I just did not see Matrix coming out on top over Rambo.
Posted by Professor Brian O'Blivion at 6:54 PM