Scharling: A band you need to know! 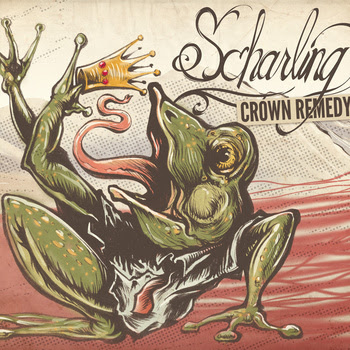 Have you ever discovered a musical act and wondered why more people aren’t talking about them? Well, just such an occurrence happened to me recently when I came upon upstate New York’s own Scharling.

Scharling displays a wide range of styles, all of which are handled adeptly. Over the course of their three available releases (2010’s Fuzzy Dice & Neon Headlights, 2011’s Crown Remedy, and 2012’s Travelers and Thieves) the group covers everything from hard driving rock (as displayed on Crown Remedy), folk oriented pieces (Travelers and Thieves – the bands newest release recorded in a scant 29 days as part of the RPM Challenge), and even funk, rap and electronica (Fuzzy Dice & Neon Headlights), but steadfastly refuse to be pigeon-holed into any particular genre. And that’s just on the instrumental side!

Matching the eclectic range of musical genres, Scharling’s lyrics have evolved to perfectly compliment the myriad styles present on each successive release. As originally Scharling’s songs started off as stream of consciousness vignettes, but have transformed on their newest release to be introspective, slice of life pieces.

The group is the brainchild of multi-talented musician Chris Scharling. As the band has progressed the line-up has undergone various iterations; Crown Remedy featured Chris Laurenzo on guitar, Phil Montelone on bass, and Lawrence Basso on drums, while on Travelers and Thieves Chris Scharling’s skills truly shine, as he performs the lion’s share of instrumentation and vocals himself (with help on some tracks from Phil Montelone (bass and backing vocals), Lawrence Basso (backing vocals), Erich Tisch (fiddle), and Bruce Jennings (banjo). The fact that he handles such a wide variety of styles and instruments with such precision is a feat to be admired!

I can’t recommend the work of Scharling highly enough, and I encourage you to experience it for yourself. And in an act unparalleled in today’s music scene, Scharling offers all of their releases for absolutely nothing! That’s right, head here http://scharling.bandcamp.com/ and download all of Scharling’s incredible music for free! Also, if you are in the New York area on March 16th, be sure to head to The Kaaterskill House on 18 River Street in Stamford to catch Scharling live. I promise you will not be disappointed! 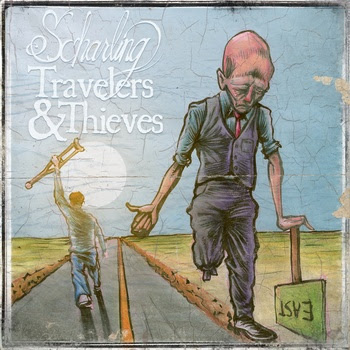 Posted by Professor Brian O'Blivion at 3:05 AM

Email ThisBlogThis!Share to TwitterShare to FacebookShare to Pinterest
Labels: by Daniel Th1rte3n, Scharling