Eight movies to FU in the A

I was in the mood for a different type of movie marathon watching experience. Something that was so bad...okay maybe not bad so much as all over the place. Movies that were strange,bad in most cases and a mix of different genres. Movies that say fuck all to being a normal movie and say fuck you to the viewer. Leaving the viewer feeling like they'd been hit by Mike Tyson. And you only choice? Seeing if you can survive it. 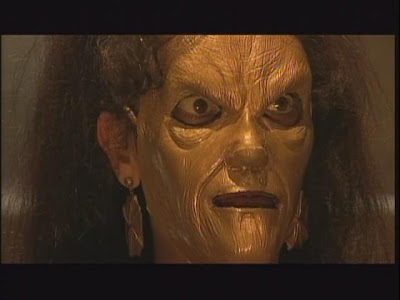 Wow. What a royal ass mess this was! Bad...really bad dubbing. Horrible sets. And footage from Army of Darkness, Raiders of The Lost Ark, Temple of Doom, Last Crusade and The Mummy remake. How did he not get sued for this? The damn ghost from the end of Raiders shows up during a shitty exorcism. What the hell? There's an extended bar scene that's just the Salma Hayek dance scene in From dusk till dawn. but in this case there's no Salma and no cool music. Just a homely chick and bad sound alike music. 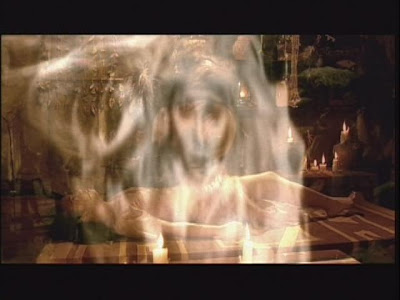 Twenty minutes into the movie I'd already given the movie a little one finger salute. It's when the sweaty looking tour guide was fleeing though a graveyard to escape Not Salma Hayek and then skeletons of Army of darkness showed up. I knew this film would take no prisoners. By the time it ends I feel beaten but I'm not giving up yet. 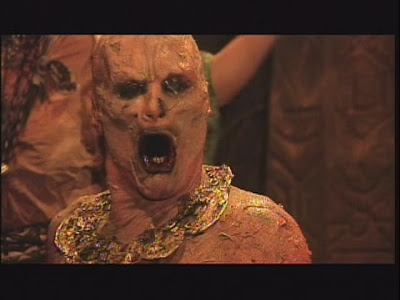 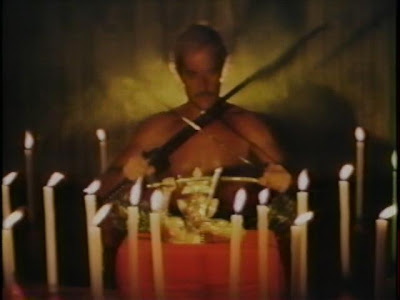 Two movies in one. Both suck ass. Damn you Godfrey Ho! I both love you and hate you. A mash up of some ghost movie and a ninja film mixed into a crap stew. Richard Harrison who plays the main ninja good guy ages back and forth depending on the scene. It appears he did some scenes years ago and came back to film more years later. Which explains his changing hair style. This movie does have two of the best characters ever though. Firecracker a slow...very slow detective of some sort. And Magic Chan, who's what else magic. 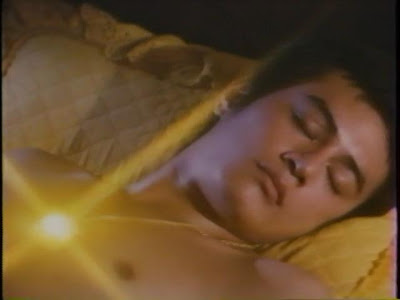 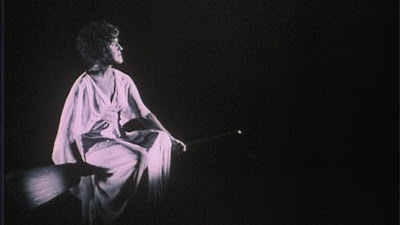 From Hong Kong to Idaho. Toxic waste, spuds and Oscar winner Martin Landau in the same movie. I knew I was in trouble when the movie started with narration.This movie features one of the worst hero's to grace a horror movie Detective Mortimer Lutz. For a little bit we get Mortimer's Blade Runner like voice over but it's forgotten thirty minutes into the movie. Strangest part of the film is when Mort has a dream in black and white. The dream involves him and Landau in plane with the monster outside. I'm not sure if this was a scraped scene from the climax or just padding. Either way it makes little sense. Plus Ruth Buzzi shows up on a broom. 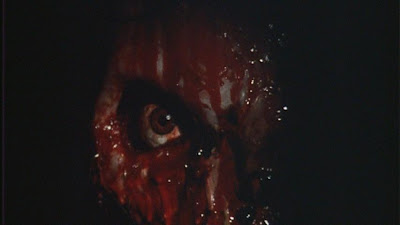 The Bride AKA The House That Cried Murder (1973) 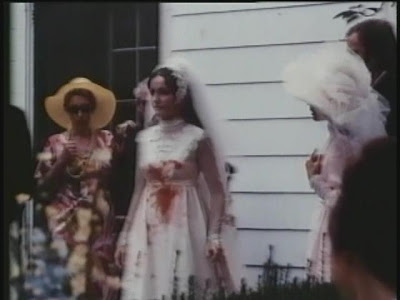 The strange meter goes to eleven with this one. 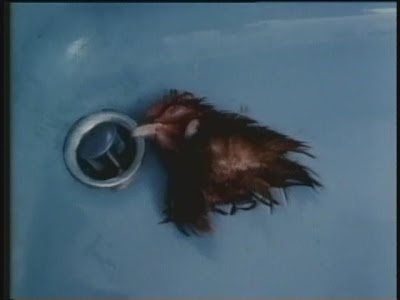 Barbara wants to marry nogoodnik David from her dad's law firm. Daddy doesn't like that idea too much sensing that as he says it David "Stinks." Well it don't take long for dear old dad to be proven right. At Barb and David's wedding no less as She walks in on him and an old girlfriend getting it on. Barbara freaks and tries to stab David with a pair of scissors. She cuts his arm and runs outside blood on her gown and putting a damper on the guests who are grooving to The Don Murray Orchestra. Barbara quips "You should see the other guy." Awww she's nuts and I think I'm in love. Revenge and a crazed Barbara will be coming for David and his floozy and no chicken will be spared. 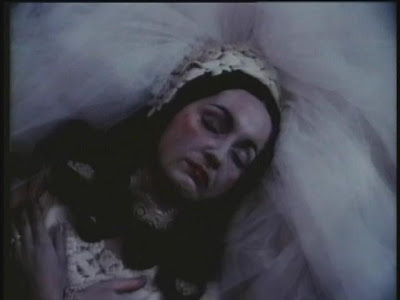 All in all not a bad little odd ball gem gets a little slow in spots but got a good twist ending.

To be continued...
Posted by Professor Brian O'Blivion at 9:29 PM

Email ThisBlogThis!Share to TwitterShare to FacebookShare to Pinterest
Labels: Eight movies to FU in the A, movie marathon, Review