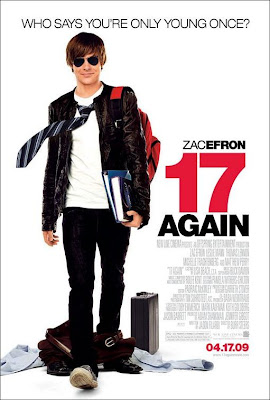 Well it's been awhile since the last one but what the hell.

First things first. I got this DVD for two (Three if you think about it.) reasons. It was cheap and Michelle Trachtenberg. Like a moth to a flame or a fool and his money...

The film opens in 1989, with young Mike O'Donnell (The always effeminate Zac Efron) getting ready for the big game. He's the star player on the high school basketball team and is hoping to impress some big shot talent scout.  Isn't that how it always goes in this type of movie? Anyway, Cut to the big game and all is looking swell, until his girlfriend shows up. She whispers something in his ear and he goes back to the game. She leaves and he decides to ditch the game and follow her. Turns out she pregnant. We're then meet grown up Mike (Matthew Perry), he's split from his wife, estranged from his kids, living with his nerdy best friend Ned (Thomas Lennon) and fired from his job. So, everything great right? Mike does what any middle-aged guy about to get divorced does, goes to his old high school to pick up teenage girls! Okay, so that's not why he's there. No, he's there because it was the only place where he was special. I guess, I'm not really sure, but I like my hitting on teenage girl's theory more. Anyway while he's looking at his high school photo, an old janitor asks him if he wishes he could be 17 again, hey it's the title of the movie! Anyway, he says yes. While driving he sees the same janitor on a bridge, the janitor jumps  and Mike jumps in after him. Before you can say Kazaam! Mike wakes up the next day as Zac Efron. What follows is just what you'd expect. A big game, a new understanding of his family, his life and the usual antics one finds in a film like this.

I know, this may sound like I've done some crack, but...I enjoyed this movie. It's no better or worse then similar themed films from the '80's. Going into it with next to zero expectations of being entertained, I was. It wasn't laugh out loud funny nor original, but it held my interest throughout it's running time. Not anything I'd rush to watch again anytime soon, but it entertained me for an afternoon. 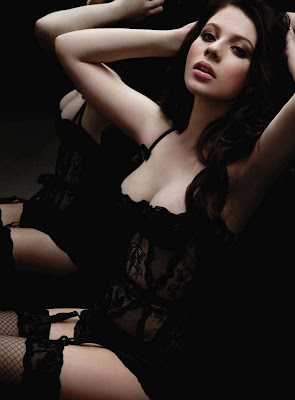 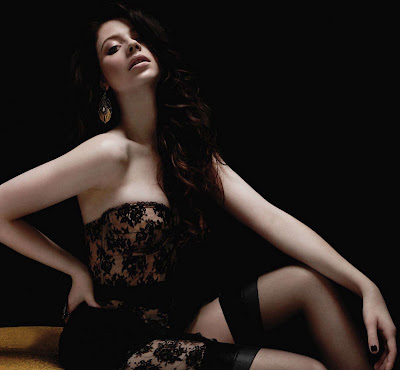 I mean really. Too bad she didn't dress like that in the film.

Email ThisBlogThis!Share to TwitterShare to FacebookShare to Pinterest
Labels: 17 Again, Michelle Trachtenberg, One by one, Review