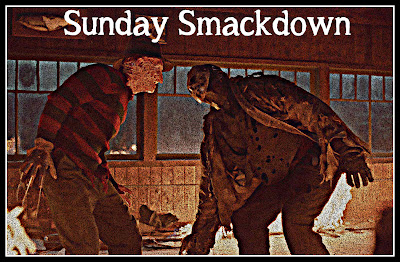 This week's battle is a down and dirty fist fight. 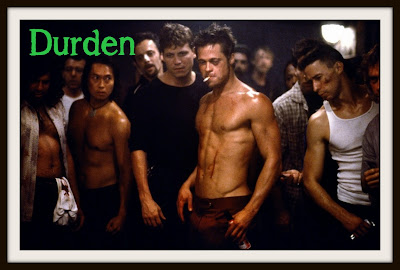 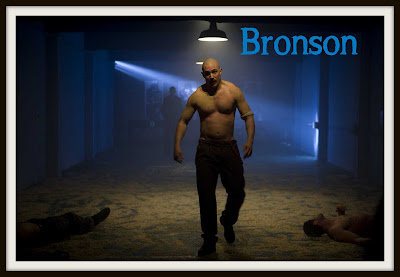 Tyler Durden, a soap salesman (There's more to him then that, but I don't want to spoil it) who forms a "fight club" for men to beat the hell out of each other and be men. Eventually more fight clubs form across the country, and under his leadership, they become the anti-materialist and anti-corporate organization called "Project Mayhem". Tyler plans to erase debt by destroying all the buildings that contain credit card companies' records.

Charles Bronson (born Michael Gordon Peterson, 6 December 1952) is an English criminal often referred to as the "most violent prisoner in Britain". In 1974 he was imprisoned for robbery and sentenced to seven years. While in prison he made a name for himself as a loose cannon, fighting fellow convicts and prison guards alike. All these fights added years to his sentence. Regarded as a problem prisoner, he was moved 120 times throughout Her Majesty's Prison Service and spent most of this time in solitary confinement.

I can't tell you about fight club, but I tell you that there's going to broken teeth a flying, blood spraying and two bare chested sweaty dudes beating the hell out of each other.

Was a tie, neither Robocop nor the T-1000 prevailed.
Posted by Professor Brian O'Blivion at 7:50 PM