We Are 138: A Conversation with Franche` Coma and Mr. Jim 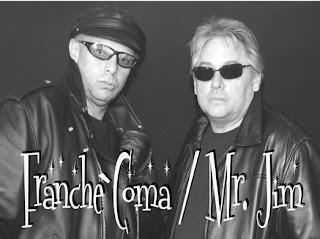 Being able to speak with people who have had a profound influence on one’s life is the best part of writing for this website. Recently I had the chance to do just that! Living legends Franche` Coma and Mr. Jim, both integral parts of the Static Age era Misfits were kind enough to talk to me about their past with the Misfits and what they are up to today!

What are your musical backgrounds? Do either of you have any formal training?

Coma: Yes. I started playing at the age of about 12. I was taught to play the guitar by several instructors. Then after that I had formal training in Jazz. A lot of this consisted of a ton of theory, which I found interesting. I myself several years ago was an instructor at The Paul Green School of Rock for a short spell… However, my preference when playing has always been hard driving music. Although I like the classic rock I do not like playing it…

Jim: I have no formal training in drumming; I do most things by feel. My background is early rock & roll, blues, 60's,any American music.


How did you both come to be associated with the Misfits?

Coma: Jerry and I are best friends. He started playing bass with Glen in the Misfits while they were a 3 piece band with Glen on Keyboards and there was no guitar player. Then I came along and the keyboard was faded out.

Jim: I went to high school with Glenn. We were in a few cover bands together. When they needed a drummer for the sessions he called me.

How involved were you with the writing of the songs on Static Age?

Coma: What I am saying holds true for all Misfit songs. Glenn Danzig was the writer. Yes, I or we all added a riff or the lead or a drum part, but he wrote all the songs.

Jim: I'm not really a songwriter, but was able to play drums on the songs, pretty much by feel.


Can you tell us a little bit about the recording process for Static Age?

Coma: Simple; we had been given studio time from Mercury Records because they came out with a label called “Blank Records” and we already owned that name. So we worked out a deal for the Studio time and all the tapes in which we recorded Static Age. Then they had the rights to the name “Blank Records”. However, Mercury did not want to release the Static Age album for us even though they said they would give us a shot. It never came out in its full correct recorded version until now …

Jim: For the recording process, we rehearsed the songs for a few weeks, knew what we wanted to do, went in & did it. As far as anything too technical, you would have to speak to the other Misfits.

Did either of you ever think during the recording of the album that Static Age would become a legendary album?

Coma: Nope, not in my wildest dreams. A lot of that though was because we were so young and just having fun. Not realizing that we were laying a foundation for future generations.

Jim: We knew it was good, but who knew it would be so influential! 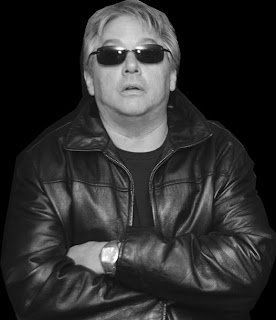 What is your favorite song from the album and why?

Coma: I enjoy the entire album because everything was just so well recorded. I like it all…

Jim: I really do like everything on the album, the most fun to play were Teenagers from Mars, Attitude, Come Back, and 138.


Franche`, please tell our readers about the music you've created with bands such as Active Ingredients since leaving the Misfits.

Coma: Active Ingredients? Those songs were written by Mike Morance.  I just thought that when I left The Misfits things were going to happen with Active Ingredients. In fact Mike Morance and I used to switch back and forth from guitar to bass. So I actually played both bass and guitar while in this band. However, I did not realize that what I left was the real deal… The Misfits…. I should have stayed put with The Misfits…

Jim, please tell our readers about the music you've created with bands such as Continental Crawler since leaving the Misfits.

Jim: Since leaving the Misfits, I was in Continental Crawler, which was more of a new wave band than a punk band. I was able to do more different things on the drums. After that I started a band with Richard from the Victims (another legendary punk band) called Aces And Eights. Good rock & roll, with some punk & country edges.


Franche`, in 2006 you played with the current incarnation of the Misfits. Can you describe that experience for our readers?

Coma: It was great. Cool. Like I said Jerry and I are best friends, we talk every month always. So he asked me to come down and play a few songs. I did just that…it was fun…

Jim, can you tell our readers about your incredible new store, Mr. Jim's House of Video (www.mrjimshouseofvideo.com)? 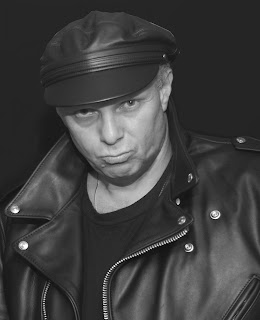 Can you talk at all about the project you two are currently collaborating on?

Coma: Currently for the first time in a very long time as you know; Mr. Jim and are at the very beginning of starting to put something together. I would say that in 2010 you would be hearing some material. Obviously with Jim on drums and I on the guitar. That is all I will say for now. Check out the web sites that are just being built. www.franchecoma.com along with www.mrjim.net and www.franchecoma.net.  Remember all are being built…

Jim: The Franche` Coma/Mr Jim Project is in the early stages, we’re going to collaborate with some old musician friends and come up with something great. Look for it in 2010! 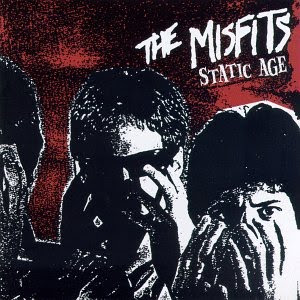 Coma: Thank you for being our fans…. And do not forget “The resurrection of Franche` Coma and Mr. Jim” is on the way in 2010….

Jim: I would just like to thank everyone for their interest, after all these years. Hope to see you all soon.


Thank you both so much! If there is anyone reading this that does not already own a copy of Static Age, I strongly urge you to go out and pick up a copy IMMEDIATELY!

Email ThisBlogThis!Share to TwitterShare to FacebookShare to Pinterest
Labels: by indrid13, indrid13, Interview