Keeping it all in the family 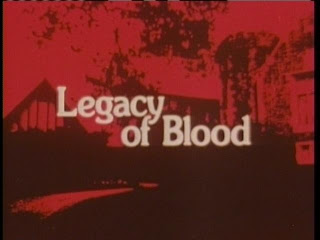 "A kraut stuck a bayonet into me. I made a lamp out of him." 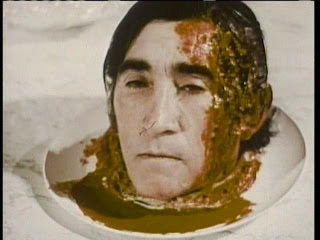 Ever been to a party were you only know one person there and nothing really happens till someone gets drunk and makes a fool out of themselves? Legacy of Blood is a little like that. 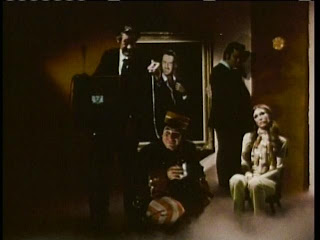 
The family and servants of the late Christopher Dean (Carradine) gather at the Dean mansion to hear his last will and testament. The Dean fortune, some 140 million dollars is to be split between them if they can stay in the mansion for the weekend. What we get is a whole lot of double-dealing and back-stabbing and flashbacks involving incest and S&M sadism. then right before you've dozed off completely someone's little dog ends up dead and the sheriff shows up to question the guests. After the sheriff leaves, but before he can get off the mansion grounds he gets axed and his head ends up in the fridge. Then it's time to start dozing again till another murder happens or another crazy flashback. Legacy of Blood pretty much follows that formula till the bitter end. Bickering amongst the family and servants and then a little bit o' murder or craziness. Oh there's a bit about the chauffeur and his lamp made out of a Nazi he killed! Who will survive to claim the millions? Who's the killer? Does anyone care? 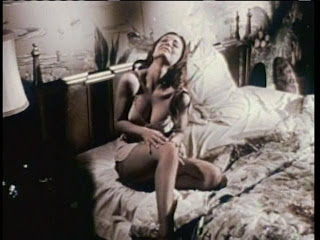 As part of the Elvira's Movie Macabre DVD's, I'm glad I watched it with the Elvira host segments on. Otherwise I might have joined the killer's victims in eternal slumber. It just went on and on with the soap opera antics and the pissing and moaning. John Carradine shows up for about three or four minutes of screen time besides giving an opening narration. And Brooke Mills as the red headed incest loving sister is gorgeous to behold. But really there's not much to recommend here, unless your suffering from insomnia. 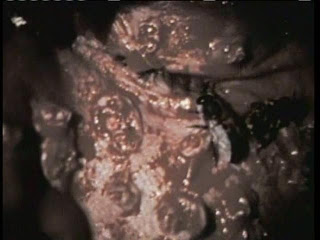 If your a John Carradine completest, can't sleep or need a film to laugh at with some friends then maybe watch Legacy of Blood. Otherwise avoid. 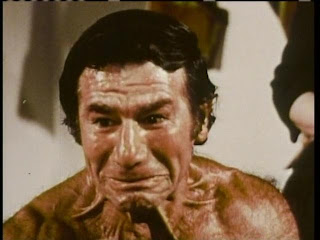