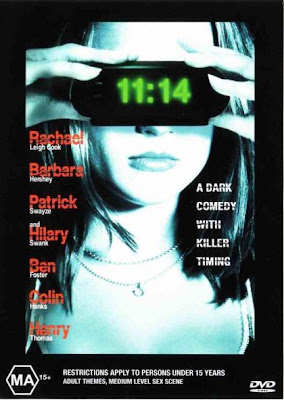 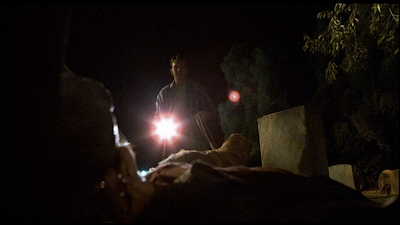 I've been putting off writing this since December. Simply for the fact that 11:14 deals with something that hit a little too close to home after seeing it. Actually the day after seeing it. The randomness of life can be both whimsical and tragic. Sometimes in close secession. 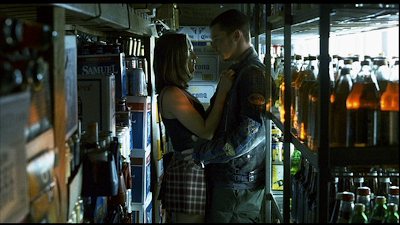 11:14 deals with the multiple events and viewpoints of one summer evening that lead up to what happened on a rural roadside near the small town of Middleton at 11:14. Unlike other films like this, 11:14 doesn't deal with one event told from different viewpoints but a bunch of different events that are reveled to be all intertwined. By the end of the film we learn the significance of a phone call at the beginning and who was on the other side of that call and why. Why there's a bowling ball in the graveyard. And why there's a severed penis on the road. The characters are all very flawed in one way or another. There's no happy ending for any of the characters here. Whether they deserve one or not. We're not giving a larger picture of these people's fates (Except for two.) after the events of the movie. Save that every one of the character's lives are changed for the worst and for a couple their lives are ended. 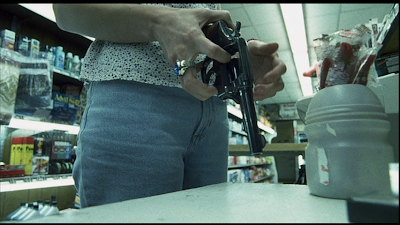 Across the board the performances in 11:14 are topnotch. From young stars like Colin Hanks, Shawn Hatosy and the always hot Rachael Leigh Cook. To vets like the late, great Patrick Swayze and Hilary Swank. There's also turns by the not yet famous Ben Foster and Jason Segel in a small role. 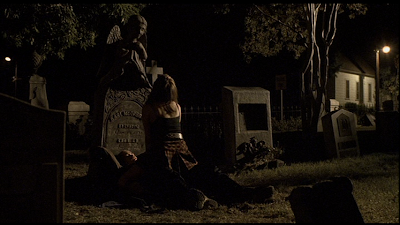 First-time director Greg Marcks's has fashioned a tightly constructed dark comedy. Small details are given a larger meaning by the film's end. Many of the characters (One in particular.) are seen in a different light as we learn more about them, when the film changes perspectives. Much like The Coens' Blood Simple (According to Marcks a major influence.) when something bad happens in 11:14 things get messy as characters try (Badly) to fix things. Many times this is were the black comedy comes into play. On the commentary track Marcks states that his intention was to show how random and meaningless life can be and to show us how it effects a handful of characters in one night. But this aim is also what hurts the film in that we don't really get to care or connect with these characters or learn much about what drives them. Marcks displays a clear talent and passion as a filmmaker. And 11:14 moves at a brisk pace, is tightly constructed and there's a couple of scenes that you'll definitely remember. For a low budget film from a first-time director it's a great start. I'm curious to see were Mr. Marcks career goes from here. 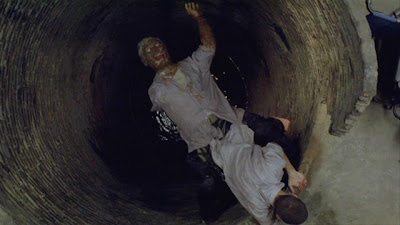 Email ThisBlogThis!Share to TwitterShare to FacebookShare to Pinterest
Labels: 11:14, One by one, Review

Dear Professor,
I hope your next movie really, REALLY sucks, because I know how much you would love that.