Romeo and Juliet do the Highlander 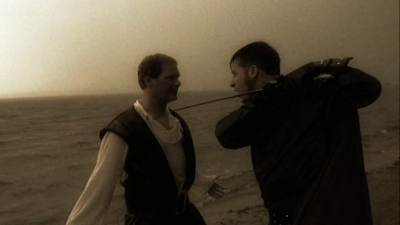 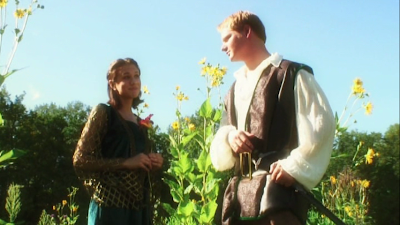 Remember Highlander The Series? I sure do. I wish there was something could make me forget it. But it's there every time I watch the original Highlander. I admit I watched it for a few seasons as well as watching all the unnecessary sequels. I dug the idea that there was this story playing out down through the ages. One that involved people who couldn't die and had seen the world change over the centuries. They lived normal lives secret from us. linked by destiny. Living and fighting till a time when there would be only a handful of them left. The first Highlander was near perfection but everything that followed was just not needed and bled the concept dry. 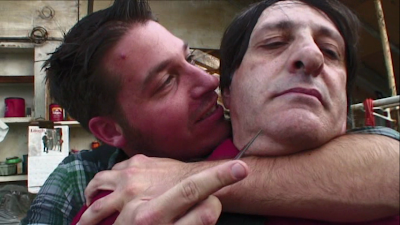 So what does this have to do with the film I'm reviewing? Let's have a look.

There's a mob war brewing. Two families and all that, fighting for territory. A plan is put forward to unify the families by having the boss's daughter Gwen marry Marcus. The plan would give him power and all that. So he sends Aiden (Not the band), his brother to keep an eye on her. That goes just like you'd expect. A few flashbacks latter the two are doing the Romeo and Juliet thing as they take off on the run. Marcus and gal pal Delia in pursuit. Through flashbacks we find out that Gwen, Aiden, Delia and Marcus have liked these lives before (In funky Renaissance Fair garb no less!). It's all destined to end badly unless our lovers can change their destiny. 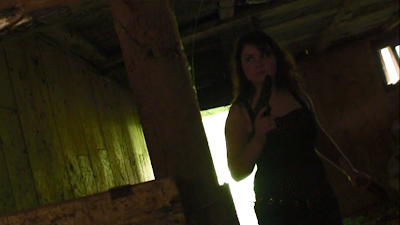 Like the Immortals of Highlander these four are linked through the ages. But unlike there it's reincarnation that brings our four together. Though we get to see their past, they only have a faint inkling of this. They never actually know. There's no knowledge of who and what they've been and seen. Just a sense of something more. Personally I would have liked to seen more of these past live perhaps. We see one instance. How many times has this happened? Why? It would have also been nice to have them remember their past as well. But such a things can be difficult to pull off. Both  in the acting and production. That's the thing that hurts the film. It's limited. It's incredibly low budget. The ambitions of the story greatly outweigh what can be done. There some action to be had. There's a car chase. Some gun and sword battles and brawling that for what was mostly likely peanuts play out okay.

Acting wise it's the leads. Not to be cruel but they just didn't have the chops to pull off the love story. I never gave a crap about them. The lack of chemistry there hurt because if you don't care about the Romeo and Juliet's in a love story, then what else is there. But, I can say the rest of the cast performs fine for a low low budget piece. See, I know two of the actors in this film. They're friends. I won't say who, but I will say it's interesting to watch people you know well in a film. Even a very (very) low budget one. It's even more interesting when you try to review it. 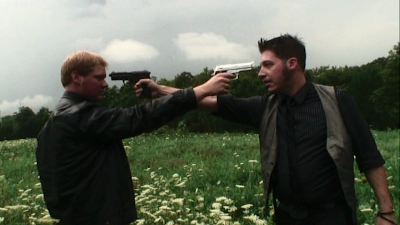 I can't praise or damn this film. It's no better or worse then a lot of the stuff Lionsgate puts out on DVD. There's some stuff I liked here that was hampered by the limitations of budget and experience. But with perseverance any limitation can be overcome. Wow, I just sounded all inspirational there for a second, like Gene Hackman in Hoosiers.
Posted by Professor Brian O'Blivion at 7:00 AM

Email ThisBlogThis!Share to TwitterShare to FacebookShare to Pinterest
Labels: by me, Review, Star-Cross'd