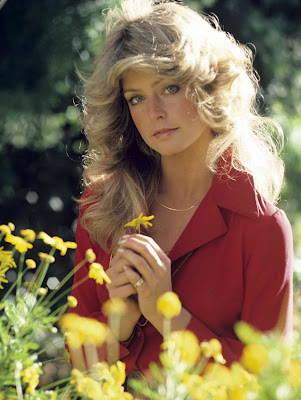 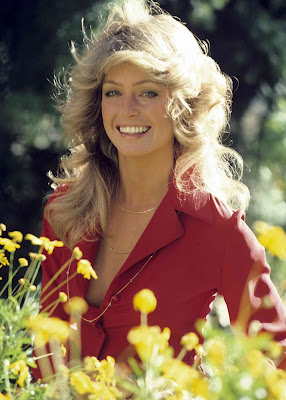 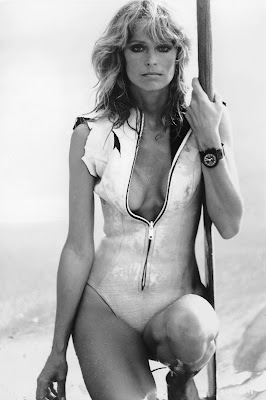 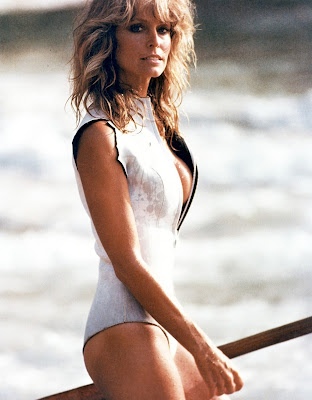 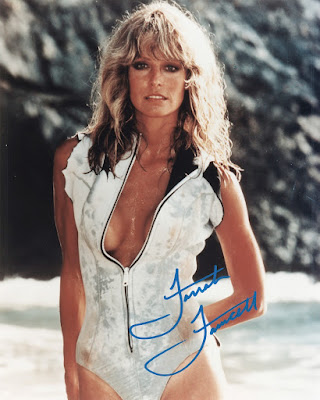 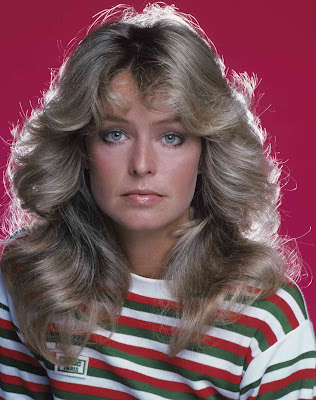 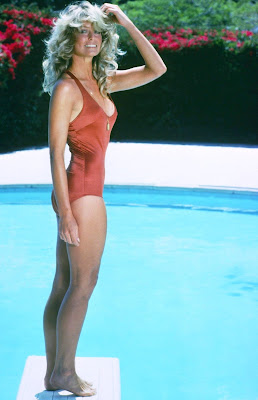 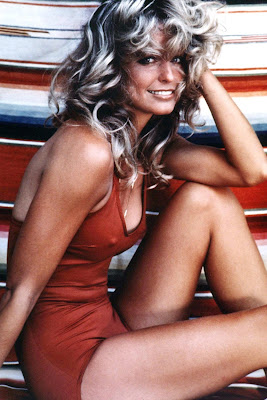 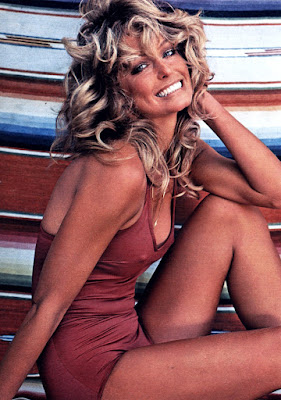 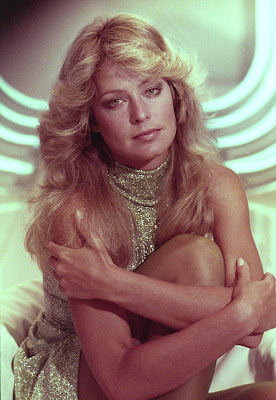 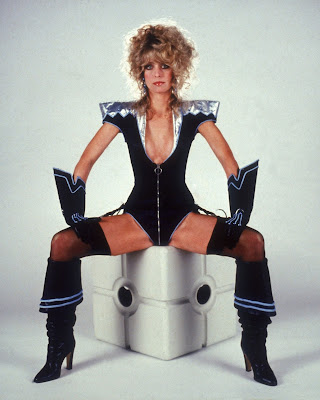 Posted by Professor Brian O'Blivion at 9:00 AM

Farrah Fawcett had unusually large nipples, which added to the popularity of her iconic poster. However, during her role on the television series Charlie's Angels (1976), the Broadcast Standards Department (censors) at ABC became very concerned about what they termed "nipple protrusion" in some of her wardrobes.

The Farah Fawcett famous("Nipple")poster remains the highest selling poster in history. 12 million copies were sold and Farrah Fawcett made more money from her poster than she did from her years on Charlie's Angels

For this friday's Femme Fatale can you post up Claudia Christian?