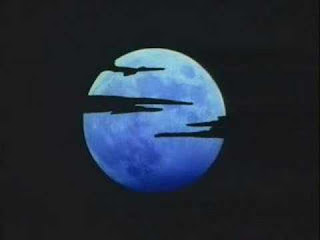 A New Year is here and Full Moon Friday Night is back again and so are those pesky puppets. This outing features perhaps the most epic of the Puppet Master films. 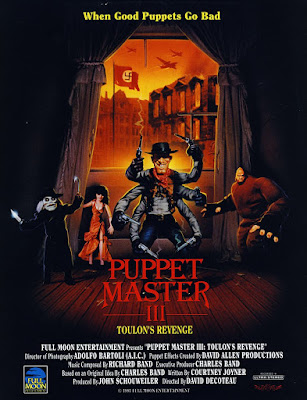 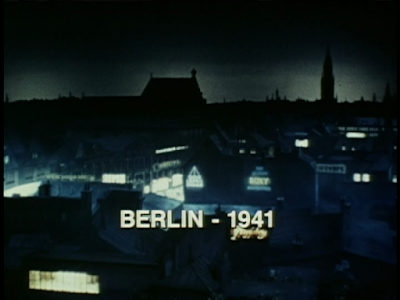 Berlin, 1941. World War II is raging across Europe. In a Nazi lab, Dr. Hess is forced by Gestapo Major Kraus to cook up a serum to make Nazi Zombies! But Hess can’t get it right. The reanimated bodies go bat shit crazy. Elsewhere, in a small theater André Toulon is running a puppet show for kids. One that happens to poke fun at Hitler. Maybe not a good idea in the middle of freaking Berlin dude. Among the crowd of children and their parents watching the show is Lt. Erich Stein, who takes photos of the whole thing. After the show Stein sneaks backstage and spies Toulon and his wife injecting the puppets with the life giving formula. Being a bit of a weasel he immediately tells his superiors. Hess hear’s about Toulon’s serum and knows it’s what he needs to complete his Nazi Zombie project. 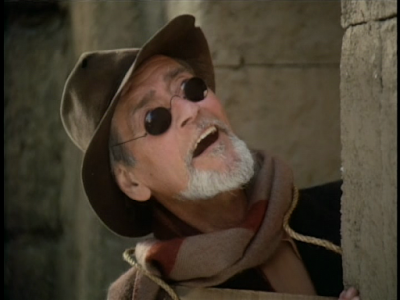 Kraus and Hess show up at Toulon’s the next day. Things go south fast. The Nazi’s grab the puppets and the formula, with Toulon’s wife Elsa getting shot in the process. Kraus shoots the wounded Elsa dead after she spits on him. Toulon is hauled off by two soldiers along with the puppets to be taken in for questioning. En route Pinhead and Tunneler make sort work of the dumb asses guarding Toulon, allowing him to make a hasty escape. Setting up a base in a bombed out building the Puppet Master begins plotting his revenge on the Nazis. 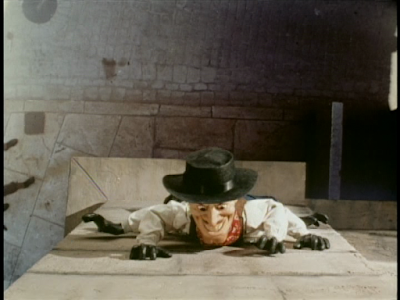 First things first. In the original Puppet Master, Toulon commits suicide on March 15, 1939 in Bodega Bay, California. So how the holy hell is he in Berlin in 1941? Is he a Time Lord or from the Zeist? That aside this is the best in the series. It’s got a boat load of good actors. A cool premise. I mean Puppets vs. Nazis. What’s not to love? It also marks the first apprance of one of the coolest of the puppets, Six-Shooter. Plus we get origins for Blade and Leech Woman. Filmed on the old Universal sets, lending it the feel of the old classic monsters’ films. Something the Full Moon films have always felt like to me. Later day Universal monster films. It’s fun, pulpy entertainment.
Posted by Professor Brian O'Blivion at 10:35 PM