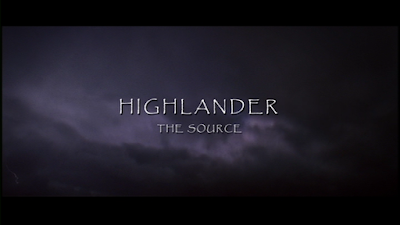 
I have an addiction…a bad movie habit. It’s a cruel mistress. You’re always search for that next high, that next Plan 9 or Troll 2…something where the filmmakers made all the wrong choices. The result is usually a charming mess…something so off kilter not only are you laughing, but your head is hurting trying to fathom just what you’re watching. Rarely do you find such a glorious high. 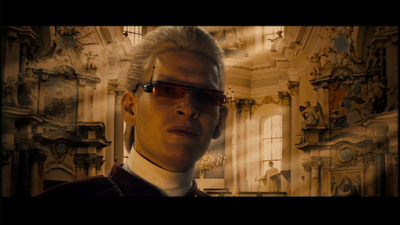 Really I hesitate to use the word “bad.” A bad movie to me is: Something that is just so un-engaging you forget about it afterwards, or so boring you’re rearranging your bookshelf and vacuuming while the film is on. No; these films exist on their own level of being.

In an attempt to find these types of hard to find gems, I once held a few marathons of off-the-wall movies. I called it Movies to FU in the A films so challenging in their “otherness” you’ll wonder if you’ll survive the marathon, let alone not become a alcoholic in the process. 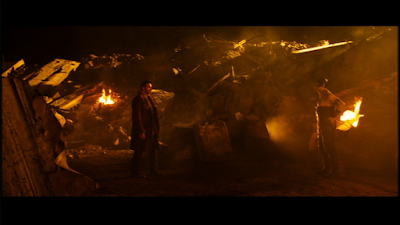 In an effort to spotlight these indescribable hidden masterpieces; let’s get F’d!

Highlander: The Source opens in the near future and the world is all apocalyptic for some reason. Is this before or after Connor MacLeod's planet shield…or are we not counting that film anymore? Anyway somewhere definitely not in Romania (Lithuania to be exact), Duncan MacLeod broods on buildings and foils criminals Batman style. Is he pissed the world has gone to shit? Nah. He’s just feeling sorry for himself because his wife left him because Duncan can’t have kids. 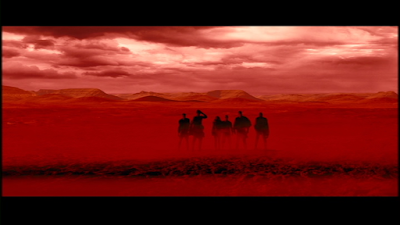 Elsewhere there’s a group of Immortals looking for something called The Source. Supposedly The Source is where the immortal’s get their power. I thought it was planet Zeist. One of the immortal’s loses his head to the pesky Guardian of The Source…a pasty looking low budget Flash villain with a metal neck guard and quips so bad Freddy Krueger would fuck off back to hell in disgust.

This gets the other immortals to commence crapping their britches. One of the immortals, Methos, contacts Joe Dawson, a Watcher (a group that stalks the immortals) because reasons. Mentos The Freshmaker and Joe are both old buddies with Duncan. 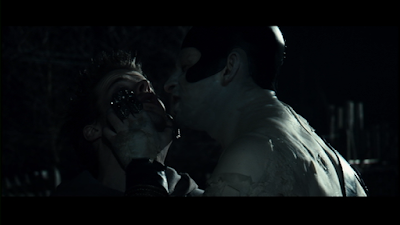 Joe finds MacLeod facing off with the Guardian. Duncan refuses to go with Joe, so Joe shoots MacLeod, throws him in his truck, and jets to meet the other members of the group at a monastery, where some dude called The Elder hangs out. I hope he knows how to play “A World Without Heroes.” Duncan’s estranged wife, Anna, shows up too. Seems she’s been having visions, as you do.
The Elder fills them in on just what the hell the Source is. He also tells to group to let Anna lead them to it, but before our “happy” group can set out the Guardian shows up.

Long story short (Too late!) the Guardian kills one of the group and the survivors escape…headed to an island off the coast of Lithuania where the Source is hanging out. Did I mention that insane cannibals live on the island? Because they do. 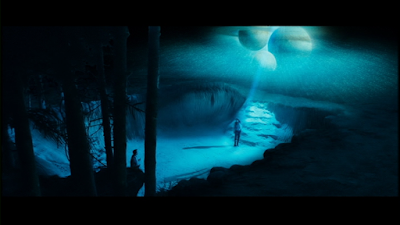 Highlander: The Source, I don’t even know where to start. Let’s start with the Guardian, the film’s villain. When he first shows up with his helmet and neck guard thing he’s super imposing. Then he chucks the helmet soon after and opens his mouth. Spouting one-liners that would make Freddy or Chucky cringe. He has super-speed powers which are ridiculous and poorly done. The ‘90’s Flash show (Which is awesome btw.) had better speed effects. Really the Guardian is more like a final boss in a King of Fighters games then a Highlander big bad. "Break a spine." -R

There’s times the film feels more like an Italian Post-Apocalypse film (like that island inhabited by insane cannibal people)…not to mention the outrageous looking Pope immortal. He could have popped up in one of those films. 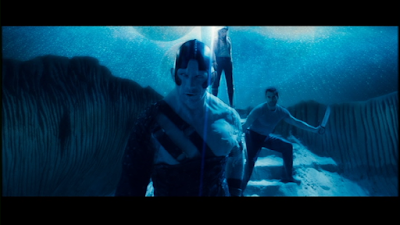 The acting is passable to questionable. Adrian Paul really looks like he’d rather be doing Eyeborgs 2 then this film. There’s a scene where a beloved character from the show dies and the acting and writing in said scene only brings laughs. And then there’s that laser light show at the planetarium climax. It’s quite something. I think somebody watched 2001 a bit too much. Did I mention this is from the director of The Dead Pit, The Lawnmower Man and Man-Thing?

There’s plenty of action to be had here. Plenty more laughs if your in the mood for outrageous cheese. If you’re a fan of the franchise you might be a little disappointed. Okay, you’ll be very disappointed. You’ll more then likely want blood. But if you’re a fan of films that are so bad they hurt. Well this will be The Source of some laughs. Fuck. Can’t believe I wrote that.
Posted by Professor Brian O'Blivion at 8:11 PM

Email ThisBlogThis!Share to TwitterShare to FacebookShare to Pinterest
Labels: Highlander The Source, Movies to FU in the A