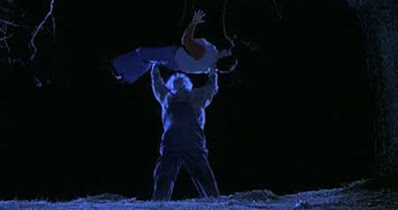 This year then any other I can remember we all need some good Halloween scares and cheer to take our minds off how upside down the whole world has become. With that in mind, I'm not going to babble on and on. Let's get to the nitty gritty. Here's my picks for some Halloween fun. 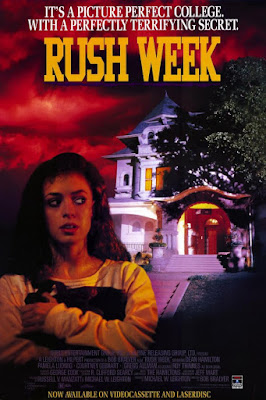 So many pranks. So many red herrings. If the antics of the shits in Nightmare Beach and Slaughter High sent you up a wall, wait to you see the frat douches in Rush Week. I did enjoy the killer's look. The black robe and cheap Halloween mask. Plus he murders people with a battle ax. In fact the film's climax involves a battle ax fight. What other slasher has that? A bonus is the cool soundtrack featuring Devo, The Dickies and The Dead Milkmen. 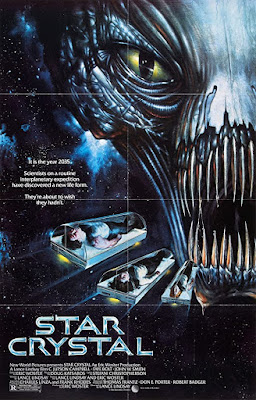 Imagine if in Alien, during the climax the alien read some bible passages on a computer. Made friends with Ripley and they had sitcom antics till a cheesy '80's song closed out the movie. That's the last ten minutes of the amazing 1986 cheapo Star Crystal. Good stuff. 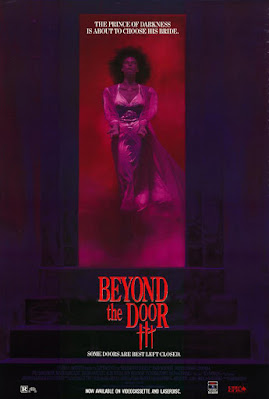 Beyond the Door III is a bizarre mashup of Runaway Train, Terror Train, Wicker Man and Suspiria. From the director of Iced. Somebody had a real decapitation fetish. There's some really great imagery and plentiful, well done gore. 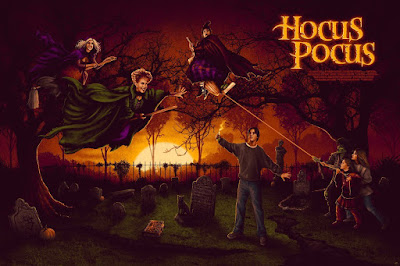 Over the years, I'd seen bits and pieces on TV, but never sat and watched the film from the start. After watching a cool retrospective on Youtube, I decided to pick up the bluray. Have to say I really enjoyed it. A good way to kick off a Halloween marathon. Lots of great holiday atmosphere. Perfect for some Halloween viewing with the whole family. 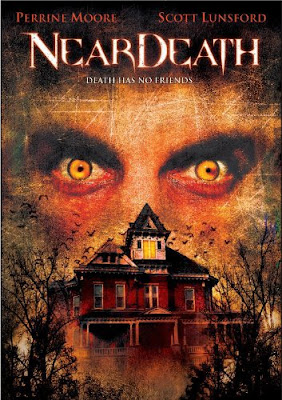 I haven't watched this movie since the mid 2000's when I picked up the DVD in a bargain bin. I should have because it's a real treat. Community theater actors screaming their lines "I loved you, andnowImust KILL YOU!!" Some decent looking gore and some very bad looking CGI. Added on fake as hell cobwebs. Porn quality filming. A dude that murders people for only fifty bucks a person. Random close ups of characters sneering. And one very bad looking fake mustache. Bonus points for the film's monsters being ghouls. Ghouls don't get enough love. Near Death is really bad, but really great. 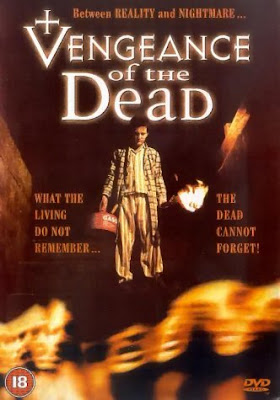 This one has been in my collection for years. Glad I finally watched it recently. Way better then I'd expected. Decent little ghost flick about a haunted spoon! Yes my friends, a haunted spoon. Also lots of arson. There's a nice creepy fall atmosphere and the climax takes place on Halloween night. 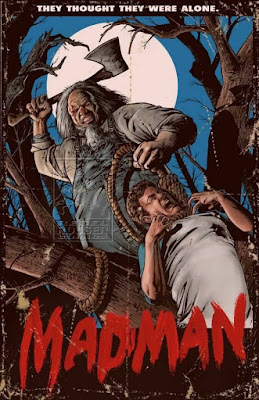 Madman has the perfect atmosphere for Halloween viewing. I never had the pleasure of seeing this entry from the golden age of the slasher film till a few years ago. It was a very informative viewing experience. I learned the legend of Madman Marz. And that Mr. Marz does not take kindly to being called out. I learned that telling said legend to a bunch of wiseacre teens will only lead to tragedy. I discovered that Gaylen Ross (Francine in Dawn of the Dead) is really hot. Also, spinning in a hot tub is a thing people do. Why? Not sure. Madman Marz has one hell of a theme song. It's right up there with the one from My Bloody Valentine. 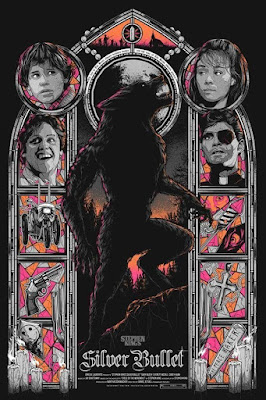 Two of my fondest memories growing up pertain to this movie. The first one indirectly, I remember a warm summer night (My favorite time to read horror novels btw) sitting on my grandparent's porch reading Stephen King's Cycle Of The Werewolf. The second one is watching the movie on VHS with my dad. My parents where weird, I could watch R rated films as long as there was no nudity or sex. Gore? No problem! Silver Bullet for me is one of those films that's a time machine that takes you back to a certain time and place in your life every time you watch it.  Also Gary Busey vs. a freaking werewolf! 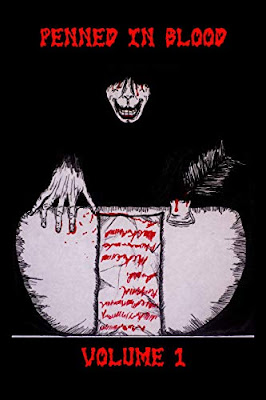 2) Weekly Spooky and Penned In Blood

There's nothing better on Halloween night then settling in for a good horror story. At Weekly Spooky and Penned In Blood you can savor a plethora of terror tales told by a talented group of writers. This is a bit of a plug, because I've written a few stories for both sites.  But don't let that stop you. These guys and gals have weaved a variety of fresh horror epics sure to delight you on Halloween night. 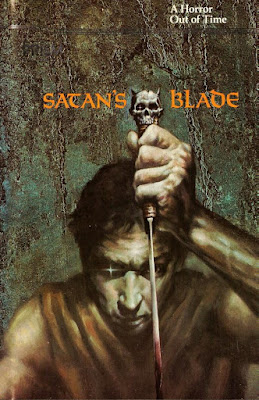 A mere write up can't possibly do this amazing film justice. So I thought I'd list some of it's many trashy nuggets of gold.

3. The mustaches on display.

5. Mr. Boom mic's cameos. (Take a drink every time he appears. You'll be dead before the movies over.)

7. Speaking of skiing. Lots of characters talk about doing it. None actually are seen in the act.

12. Some really effective and creepy scenes.

13. A well done fight in shadows in front of a fireplace. 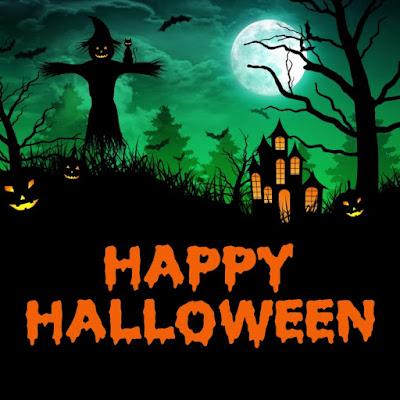