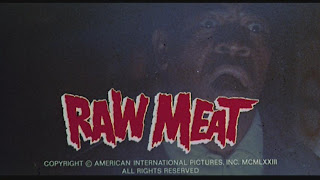 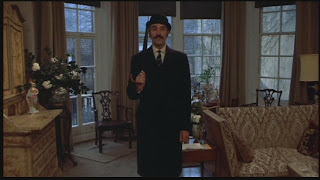 The disappearance of a prominent British official leads Police Inspector Calhoun (Pleasance) to investigate the London subway were he disappeared. He discovers theres been more then one strange disappearance there. As he digs deeper into the case Calhoun is warned by a MI5 agent (Lee) not to investigate further. Three tunnel workers are attack, two are found dead and the other missing. Caught in the middle of all this are the last two people to see the official alive in the subway. An american student and his British girlfriend. 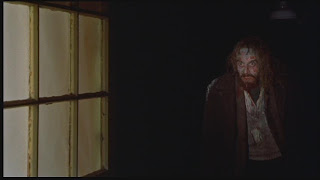 I really enjoyed the hell out of this one. It has that 70's horror feel. That down and dirty feel. Your never sure who's going to survive to the end. The message of the film reminded me of Wes Craven's The Hills Have Eyes . The "Man" as he's called it the credits, is an innocent really, even though he murders and eats flesh. This is the only way he knows how to survive. Having been raised underground by people who's only means of food was to eat the flesh of their own dead. He was separate from and knows nothing of the outside world. During the climax he takes a savage beating from one of the characters, who becomes as uncivilized as the cannibal. In fact Lee's character is the evilest person in the film. His treat of making Pleasence's character disappear if he doesn't drop the case is delivered with a rather cold smile. 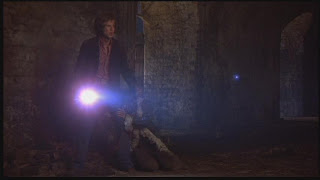 For the most part the film plays out as a sort of police procedural. With Inspector Calhoun and Sergeant Rogers looking for the missing official. But what saves it from being tedious is Pleasence's great performance. He's really enjoying himself here and he's got some great lines. This is one of my favorite performances by him. He's also got great chemistry with the actor playing Sergeant Rogers. They really play off one another well. You get the feeling the two are good friends. As for the horror, there's a great scene involving the attack one the three workers. It's quick, brutal and very effective. American director Gary Sherman makes a very effective British horror film.
Posted by Professor Brian O'Blivion at 10:39 PM