A Interview With David A. Prior 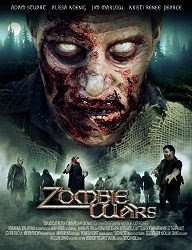 David A. Prior has made over 30 feature films. He's done everything from producing, writing, directing to editing. From horror (Sledgehammer) to Sci-fi (Future Force) to Crime dramas (Center of the Web). He's worked with actors ranging from the late David Carradine to Tony Curtis. Recently I had the pleasure to interview Mr. Prior about his career as a filmmaker.


What inspired you to become a director?

The truth is I was trying to get a movie made and could not afford to hire a director so I did it myself. But before that I had never considered myself as being a director.

Is there any one film or director that stands apart as being the most influential on your work?

As far as a film-maker I would have to say Stephen Spielberg. He’s incredible. Take a look at the top 15 films of all time and his name will be there several times. As far as a movie it is very difficult to pick just one and I really don’t think that I can. 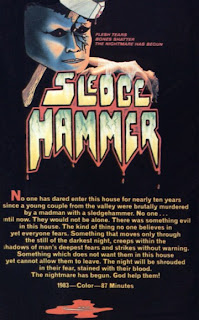 What can you tell us about your first fill, a slasher film from 1983 called Sledgehammer?

Not much to tell really. Making Sledgehammer was simpy getting a movie made, anyway, any how. Just to prove that I could do it. 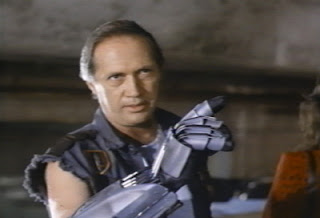 One of my favorite films of your's is Future Force. Can you tell us a little about the making of that film?

Shooting Future Force in L.A. was a tough picture to make. Because we only had David Carradine for a very short period of time, it was necessary to shoot just his side of all his scenes. Meaning we never shot the other person talking to him on the same day. And after we were finished with David and he left us, we went back to every location and re-lit them, and shot the other side of those scenes, hoping they would match, which they did.

Your brother Ted has appeared in a number of your films. What's it like directing your brother?

Ted and I have always worked well together. He gets on my nerves sometimes and I get on his sometimes but for the most part things always worked out for the best. Having been room mates for most our younger adult life, we were closer than a lot of brothers are.

You have served as director, editor, producer, and writer on a number of films. Is there one that you enjoy more than others?

I like them all and I hate them all. The most educational though is editing. Any one out there who thinks they are going to be a director some day would be doing themselves a great service by doing some editing first. And the reason is that editing teaches you exactly what you need to shoot and what is a waste to shoot and this can and will be critical to any lower budget production.

Can you tell us a little about your writing process?

My writing process is more about making myself do it than anything else. If I push myself I can write a really good script in a matter of days, but often times that stretches out to weeks and even longer. And it’s not a matter of getting blocked, it’s more like I’m running away from it. It’s a weird dynamic. I love it and I hate it. 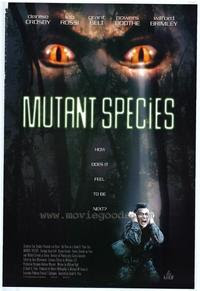 What advice would you give to anyone contemplating a career in lower budget genre films?

Work hard and never let anyone tell you that you can’t do it. Ever! And try to be different. There is now a huge glut of these low budget movies that every body and their brother seems to be making on video and you need to make movies that can rise above the crowd of them. Otherwise you don’t stand a chance of any meaningful distribution.

What projects can we look forward to seeing from you in the future?

Watch for something called “The One Warrior”. I plan to start shooting it in a couple of months and anybody who has ever played an adventure video game will love it.

Thanks for watching, and keep it up!

You can check out Mr. Prior's web site here...http://www.davidaprior.com/
Posted by Professor Brian O'Blivion at 10:42 PM

Email ThisBlogThis!Share to TwitterShare to FacebookShare to Pinterest
Labels: David A. Prior, Interview