One is always considered MAD, if one discovers something that others cannot grasp! 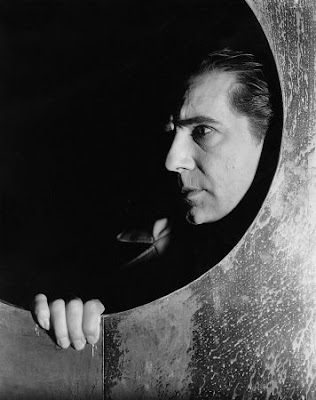 He was born Béla Ferenc Dezső Blaskó October 20, 1882 in Lugos outside the western border of Transylvania. The youngest of four children Lugosi would later base his last name on his hometown. He was raised in a Roman Catholic family and at age 12 dropped out of school. He preferred acting to school much to his fathers dismay. Sometime in the 1903–1904 theater season Bela had small roles in several plays and operettas. Moving to Budapest in 1911, he played dozens of roles with the National Theater of Hungary from 1913–1919. Later he'd claim that he "became the leading actor of Hungary's Royal National Theater", but his roles there were small or supporting parts. 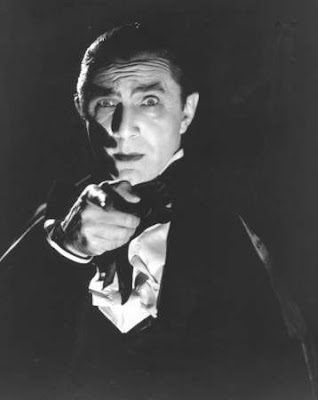 During World War I, Bela served as an infantry lieutenant in the Austro-Hungarian Army, 1914–1916. He rose to the rank of captain in the ski patrol and was awarded a medal for being wounded at the Russian front. Due to his involvement in the actors union in Hungary during the time of the Hungarian Revolution of 1919, he was forced to flee the country. After traveling to Vienna, Austria, and then Germany he'd eventually travel to New Orleans in the United States as a crewman aboard a merchant ship.

Upon his arrival in America, the 6 foot 1 inch Béla worked for a time as a laborer, then eventully the theater in New York City's Hungarian immigrant colony. With fellow Hungarian actors he formed a small stock company that toured Eastern cities, playing for immigrant audiences. Lugosi would approached in the summer of 1927 to star in a Broadway production of Dracula. Despite a successful run as Dracula on stage it's rumored that Universal's first choice for the role choice was Lon Chaney and that Lugosi was chosen only due to Chaney's death shortly before production. After Dracula's success Lugosi received a studio contract with Universal. The rest they say is history. Supposedly he declined to be in Frankenstein. Though there are other rumors that he was to play Dr. Frankenstein. Bela's career would suffer from typecasting. He's only play a handful of heroic roles more often stuck playing a madman or monster. Lugosi's thick accent also hindered the type of roles he was offered.

Bela would end up in a number of poverty row horror films like Bela Lugosi Meets a Brooklyn Gorilla. Later in his life he'd meet Edward D. Wood, Jr. A fan of Bela's work Wood offered him roles in his films, such as Glen or Glenda and Bride of the Monster. During post-production of Bride of the Monster Lugosi decided to seek treatment for pain killer addiction. Due in part to injuries he received in the military, Lugosi developed severe, chronic sciatica. At first was treated with pain remedies such as asparagus juice, but doctors would increased the medication to opiates.

Below is an interview upon his release in 1955.

Lugosi died of a heart attack on August 16, 1956 while lying on a couch in his Los Angeles home. He was 73. He's filmed some test footage in his Dracula cape for Wood in front of Tor Johnson's house. Of course that would be used in Plan 9 From Outer Space. Lugosi was buried wearing one of the Dracula stage play costumes, per the request of his family and not the Dracula cloak contrary to popular belief.

Growing up I was a big fan of the Universal films. If asked I was a Frankenstein and Boris Karloff fan thru and thru. Dracula, Bela Lugosi meh. Who needed them. But a curious thing happened as I grew older. One was seeing Tim Burton's Ed Wood and the other was discovering all of Bela's other roles outside of Dracula and his Frankenstein roles.

I could have never imagined the sad drug addiction or typecasting as a kid. It broke my heart to think of that happing to Dracula.

My favorite role of his was as Dr. Vitus Werdegast in The Black Cat. One of his rare heroic roles. I was blown away. Werdegast much like the man that played him is a heroic and tragic man. My other is "Murder" Legendre in White Zombie. It's a very sinister and at times darkly comic performance. Perfectly showcasing his range.

There's real sadness in Bela's performance here...It's over the top, chilling and sad all at once.

There's no real point to my rambling about Bela Lugosi I guess. I guess it's more of me just sharing my admiration and love a career and legendary man who was more then just Dracula.

Big ups to Wikipedia for a ton of info. 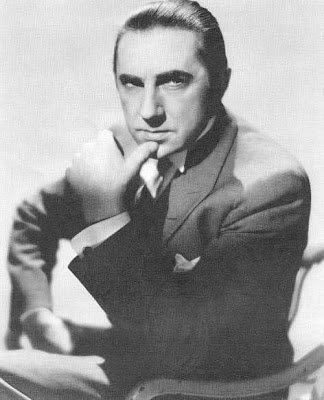 Hey! Great stuff, my friend. Good to have a solid Bela history, tragic as it is (all those lame 40s Universal B-movies that could have used him better, etc.)

Say, what's that top banner from, with the chick with the axe? It looks damned cool.

I agree...I was a BIG Universal fan growing up, but it's only been recently that I've gotten into Lugosi. The man's got screen presence, not doubt about it.

Thanks guys. Glad you liked it. I've had a chance to check out a bunch of his stuff now thanks to the magic of DVD and have been wanting to write something about him.

The banner picture is from Serenity (2005) the Firefly TV series movie. Which I highly recommend.