Alexandria High... class of '81 - All the students are going to hell, except Andrew... he sent them there! 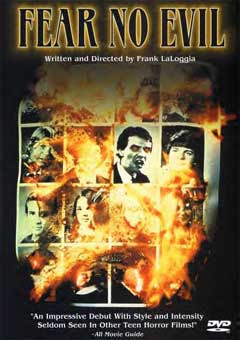 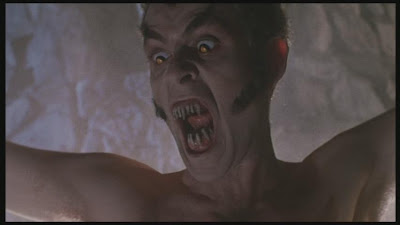 I remember the VHS box of this one catching my eye in the video store. Those evil glowing eyes and demonic face. Daring me to rent it. Back then they had a deal five old rentals for five days. That usually meant renting five horror movies. All of which I'd watch over a days time. Usually I'd be up to five or six in the morning. I don't recall the other four I rented with Fear No Evil. But I sure remember this one. Watching this baby at 3:am sure added to it's strange factor. 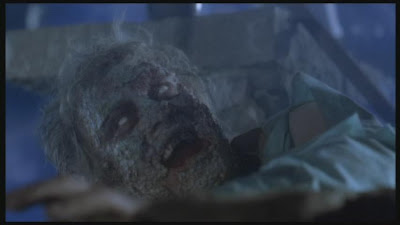 The movie opens with a old Priest (Holland) rowing across a lake thick with fog, toward some old ruins. The Priest is hunting Lucifer in mortal form. He succeeds in killing Lucifer but is arrested for murder and later dies in an asylum. Cut to 1963 in upstate New York were Lucifer is reborn in moratl form. We cut again and see Lucifer who's mortal form is Andrew Williams (Stefan Arngrim) a weird,skinny 18 year old teen. His parents know there's something horribly wrong with their son and it drives a rift between the couple. Meanwhile The old priest's sister (Hoffman) who we find out is a Archangel on earth as was the priest. She's waiting for the third Archangel to arrive on earth. The third one happens to be a teenage girl (Kathleen Rowe McAllen), who goes to the same high school as Andrew. She's soon drawn to the old woman. Andrew has some trouble at school with some delinquent students. He also likes to hang out on the island with the ruins and sacrifice dogs and drink their blood. During a community performance of The Passion Andrew raises the dead and all hell breaks out at the Play. Raining blood and lighting from the sky upon the spectators. The two Archangels race to the island for a final battle with Lucifer. 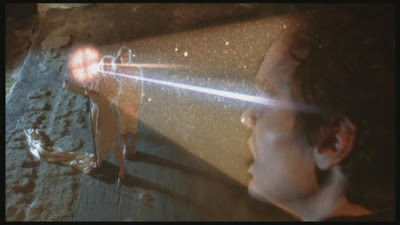 A very stylish low budget Omen/Carrie hybrid. Frank LaLoggia does an amazing job with little money. He pulls off, for the part a very ambitious story. There's some cool for the time animated effects and a cool death by dodge ball scene. Plus there's a wild scene were a man grows breasts. The lead actors do a good job. But some of the acting by the supporting players is little painful. 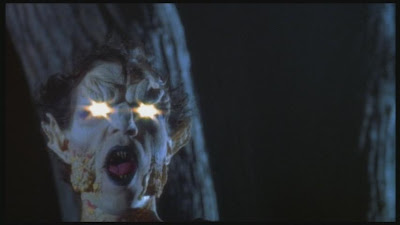 On the commentary LaLoggia says that the studio cut the film to focus more on the teen story and less on the Archangel/Lucifer aspect. It's to bad because it gives the film a split personality and neither side seems like a full story. There's some cool tunes on the soundtrack by The Ramones, The Boomtown Rats, The Sex Pistols and The Talking Heads that add a cool Punk/New Wave vibe to the proceedings. Not everyone will dig Fear No Evil, but if your in the mood for an oddball 80's Antichrist film with a liberal dose of zombies and male breasts then this one may be for you.