10 Questions: An Interview with J.V. Bastard 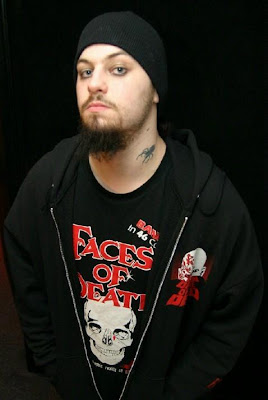 J.V. Bastard is a legend in the horror punk scene. From his days in Mister Monster, to his work with Michale Graves, and now with new projects such as The Doomsday Prophecy, J.V.’s mark on the darker side of the musical landscape continues to grow. He’s also never one to hesitate to speak his mind. Read on!!


1.Your new project “The Doomsday Prophecy” is pretty intense. Can you tell our readers what the band is all about musically as well as philosophically?

JV: Musically we do not aim to reinvent the wheel, but give you a hybrid of metal that is both traditional and easy on the ears, while infusing modern “Death” elements. I suppose, keeping it hip for the kids.
Philosophically we only lightly tread on Doomsday scenarios as of yet lyrically, most of our songs are real life scenarios, sometimes with end of the world metaphors.

2. Do you believe there is any truth to actual doomsday prophecies?

JV: Sure, I don’t know how much of a tour that would be, we could do that over a weekend, but yes we intend to cover the most of the tri state area this year.

4. You've been around the horror punk scene for a long time now. How do you view the scene these days? Has it changed since your days with Mister Monster?

JV: 10 years ago “Horror Punk” was barely a term, or it wasn’t globally understood. I think the scene today lacks inspiration, it’s a whole lot of the same to me, kids still wearing the bloody shirts, and the nerve to wear a devil lock, with the ridiculous face paint, and their cool stage names etc. they all look, act, sound, and aspire to be something that already was. No one really wants to move forward with the genre. There are very few “Horror Punk” bands I enjoy, less than 5… 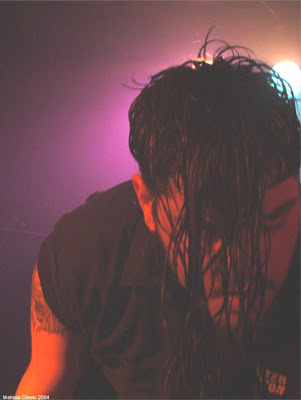 5. Shane (who runs this site) is a huge Ramones fan. He would kill me if I didn't ask this. What was the experience of being on tour with Marky Ramone like?

JV: It was a pleasure to work with someone whose last name was Ramone, Marky was easy to work with, and a gentleman. I certainly went into the situation a little nervous as I had never teched for a band before nor do I really play drums, so for my first teching gig to be a drum tech for a Rock N Roll hall of famer.... in a country whose language I don’t speak.....I was a little nervous.

6. I'm sure you hear this one a lot. What's the status on new material or a tour from Gotham Road?

JV: The Status: better than it was last time someone asked me, let’s put it that way. There are future intentions for Gotham Road, and all members have signed on to continue with all future plans as of yet.

7. I know you have a pretty extensive horror film collection. What would you say your top 5 favorites are?

JV: Return of the Living Dead
Dawn of the Dead
An American Werewolf in London
Creepshow
Pet Semetry
I could go on for days… 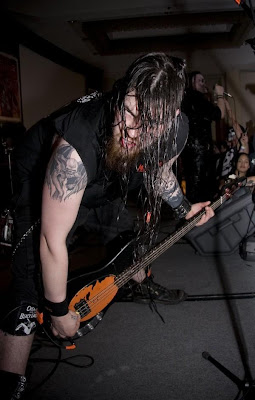 8. I know you were disheartened to see Samhain on Guitar Hero Metallica. Do you feel it may be a good thing if it gets kids into a great band they may not have had exposure to before?

JV: I still love Samhain so much, it’s still very much alive to me. So many “Horror Punk” kids STILL have no idea who they are, which shows you the depth these kids go into the scene before labeling themselves “Fiends” or being “Horror Punk” this may sound ridiculous, but you would be surprised how many of these kids don’t even know who Samhain is. To me I can still fit that band in my pocket so to speak. The image and name of Samhain has yet to be exploited in the fashion that the Misfits or even Danzig has. I guess it’s awesome for the dudes in Samhain, and video game geeks, but I think the legacy of that band is more sacred than to be throwing on Guitar Hero........Cummon.......how punk rock is guitar hero?

9. What album do you feel had the greatest influence on you becoming a musician when you were young?

JV: 1984 by Van Halen, or Back in Black by AC/DC, with Master of Puppets as the final selling point

10. Any final words for our readers?
JV: Yes stay Tuned for my new project, Darrow Chemical Company, it will certainly appease the Horror punkers.

Thanks J.V.! To find out more about J.V.’s past projects, and to check out some killer new music, please visit J.V. Bastard here. 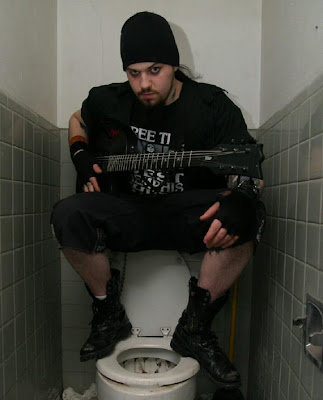 Email ThisBlogThis!Share to TwitterShare to FacebookShare to Pinterest
Labels: 10 Questions, by indrid13, Interview

"How punk rock is guitar hero"

Pretty lame. He's a grown man, judging things based on how "punk rock" they are in a non-ironic fashion is pretty stupid to me.

Wow, this guy is shitting bricks over his beloved guitar hero being shit upon. I'd say someone needs to put down the fake guitar and get some fresh air :P

The man,has never picked up a guitar hero game,and all those who comment,when was the last interview you have done.Guess no one gives a damn about your opinion