10 Questions: An Interview with Zombie Bomb 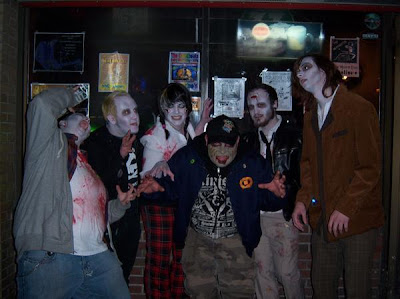 Who would ever guess that Albany, New York would be home to an exciting new voice in the horror rock genre so near and dear to your old pal indrid13’s heart? Recently I had the pleasure of interviewing Formalde Hyde, lead vocalist for Zombie Bomb. If any of our readers love the work of the Misfits, I encourage you to check out this awesome band!! On with the interview!!

1. Horror punk has been a traditionally male dominated field. Have you encountered any initial prejudice from having a female lead vocalist?

Not at all actually. Our drummer is a chick as well and no one has ever given us any crap for having girls in the band. Honestly, the local scene has been very welcoming and receptive towards us. I personally think that no one really cares if it's me fronting the band or a guy. I think people just want to hear good music! I wouldn't even call us a punk band, just horror themed rock, and we've still been welcomed by the punk scene. 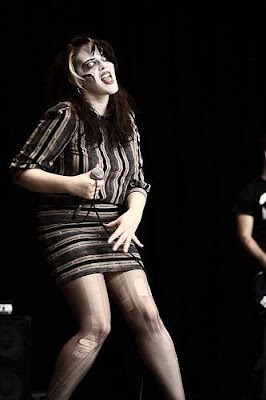 2. You do an incredible cover of Dig up Her Bones. Do you find you are a bigger fan of the Graves era Misfits, the Danzig era, or do you like both equally?

I am more partial to Graves myself. But each one of us in the band is different. We obviously appreciate all eras of The Misfits career and they have been a huge influence on us regardless of who's been fronting the band at the time.

3. Obviously you are into horror movies. What are some of your favorites?

Again, this is just me, but I am big fan of Cemetery Man starring Rupert Everett. Other than that I'll watch any cheesy B horror flick. I like a little bit of camp mixed in with my scary movies. The lower the budget the better! 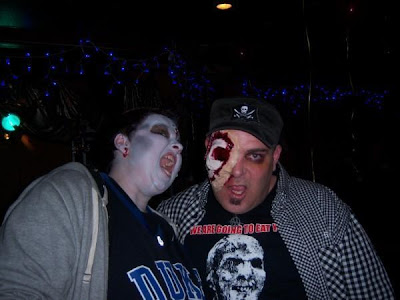 4. I know you guys are into Hard Rock Zombies (a personal favorite). Any chances you guys will ever star in a horror/rock hybrid?

I can promise you that if anyone ever came to us with a script as off the wall and cheesy as Hard Rock Zombies, we would do it in a heartbeat. I've always wanted to do Zombie Bomb: The Musical. My only request is that it be a little more plausible than Kiss Meets The Phantom of the Park.

5. On a serious note, you guys are involved in some charity work. Could you our readers about these events?

Right now the zombie walk we're planning is the only major charity work on our plate. Sadly, that's even being pushed back till October of 2010. We do really enjoy playing for a good cause though. It's really important for the local scene to be a positive force in the community. 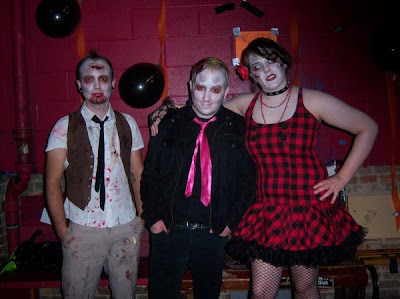 6. What could our readers expect if they came out to see you live?

I like to think of us as the musical personification of a B Horror Movie. Expect special effect make up, lots of fake blood, an occasional Jell-O brain being ripped apart and thrown at the audience, and some epic rock music.

Here are a few choice questions!

Dead/Alive or Evil Dead? Evil Dead all the way!!!!

And finally, any message for our readers?

Keep you local music scenes going by attending shows! Too many times people complain about having nothing to do in their hometown. There are so many great acts out there; sometimes it's worth leaving your home for bands that you've never seen before! Oh and Viva la Sex, Brains, and Rock n' Roll!!!! 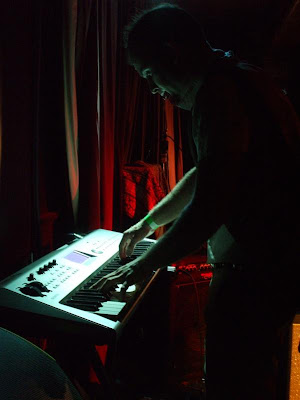 Thank you so much Ms. Hyde. You are truly awesome. Please visit their Myspace page to learn more about this kick-ass band!!!
Posted by Professor Brian O'Blivion at 10:56 PM