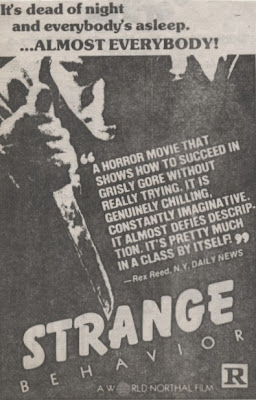 "We're going to find the FAT ones!"

A teenage boy (Writer Bill Condon) bids farewell to his parents as they go for a night on the town. As soon as they leave he enters his room and lights up what appears to be a joint. He sits for a minute and the lights go out. The boy lights a candle and amuses himself by making shadowpuppets on the wall. Another shadow appears on the wall, someone with a knife who stabs the boy and then blows out the candle. So begins Strange Behavior. A film that's on part slasher film and one part 50's mad doctor movie with a new wave style. 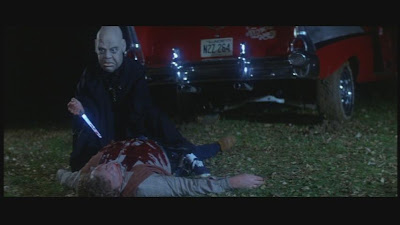 The film centers on Sheriff John Brady (Murphy) a widower raising his son Pete (Shor) who's your typical teen. his best friend Oliver (Marc McClure, Jimmy F'n Olsen from the Superman films!) talks him into taking part in a experiment at the local collage that pays lots of money. At the collage Pete and Oliver meet the odd Dr. Gwen Parkinson (Lewis) who works for the very odd and very dead Dr. Le Sangel (Arthur Dignam) who teaches class from beyond the grave vie film. Meanwhile there are more murders in town. One at a party Pete and Oliver go to. The boy from the opening turns up dead in a scarecrow. Sheriff Brady suspects the collage has something to do with the murders and he shares a some sort of past with Dr. Le Sangel. Much like Blue Velvet (1986), Strange Behavior mixes 50's style with an 80's setting. And much like Velvet shows a encroaching darkness under the idyllic setting. Co-writers Bill Condon (Gods and Monsters,Dreamgirls) and Michael Laughlin (Town & Country) do a good job of going from horror to comedy and back much like their other feature together Strange Invaders (1983), which was a playful homage to 50's alien invasion films. These two films were to be part of a trilogy of "Strange" titled films. To bad Strange Invaders poor box office sunk that idea. 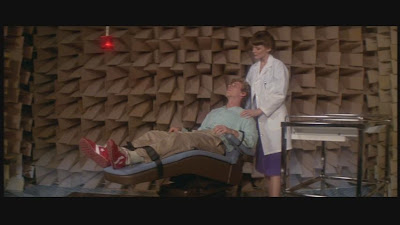 As I watched Strange Behavior, I couldn't help but feel well that there was another film a little like this...and I saw the case on my DVD stand. Disturbing Behavior (1998) which is about kids, a small town, a strange experiment on them that goes wrong. I'm not saying that there was any stealing of story but they are somewhat smiler. For the record I dig Disturbing Behavior. It's fun and it's got a pre-Cruise, hot Katie Holmes. 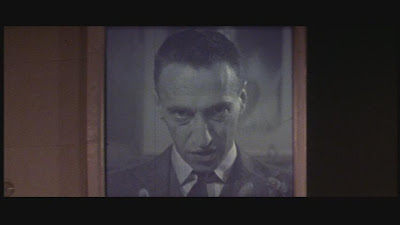 Set in Illinois but filmed in New Zealand, Laughlin gets maximum use of the beautiful landscape in slow tracking shots. While the script could have used a little more fleshing out all the characters are well drawn. It's nice to have likeable teens in a 80's horror movie as opposed to the one note shit bags we normally get. Plus a score by Tangerine Dream, that's icing on the cake.
Posted by Professor Brian O'Blivion at 9:28 PM

Agreed, I was very happy with this one, very subtle and subdued, but at its roots it had plenty of scares. Parts of it almost reminded me of A Clockwork Orange as well, in a toned down rapeless sort of way =D

Wow...who knew Bill Condon was doing stuff in the early 80s? Cool...need to check this out.
-Billy

Thank you for your interesting and informative blog. I have enjoyed reading it and appreciate the work you have put into it. Here is some relevant information for you to review .
toy guns for kids