The strange case of David Norliss 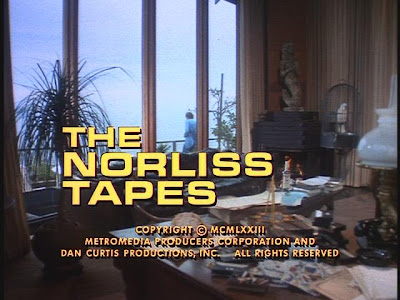 "The morning I drove down from San Francisco, the weather was foul. A curtain of cold rain fell from a gun metal grey sky." 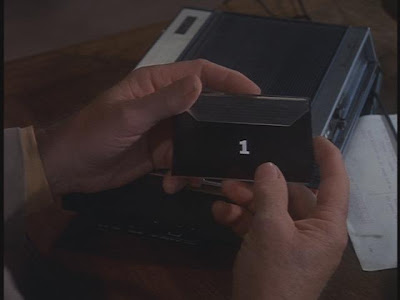 David Norliss (Thinnes) an investigative reporter writing a book to debunk the supernatural goes missing. His publisher in an effort to track down the missing writer listens to the audio tapes Norliss kept of his investigation. What he hears details Norliss helping a recent widow Ellen Cort (Dickenson) who has had a run in with a zombie like intruder in her late husband's art studio. Further more there's a strange statue in the studio that wasn't there previously. Soon people in the near by town are turning up dead and totally drained of blood. Norliss and Ellen come to suspect that her late husband has come back and is using the victim's blood in the clay of the statue. How does an ancient Egyptian scarab tie in? And what happened to Norliss? 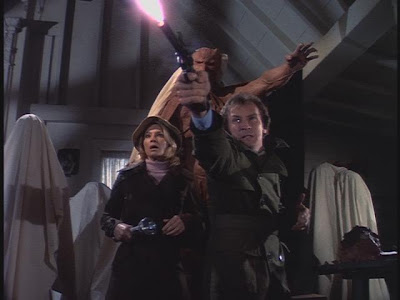 Sadly after this there were no more adventures for Mr. Norliss. The Norliss Tapes was a pilot for a series that never got picked up. If David Norliss reminds you of a certain other reporter who always happened to fall into supernatural goings-on, Carl Kolchak from the The Night Stalker, well you'd be right. Both were made by Dan Curtis. Curtis was all over television in the late 60's and 70's. With numerous shows and made for T.V. movies like Dark Shadows, Trilogy of Terror, and The Night Stalker. Curtis brings the same magic to The Norliss Tapes that he brought to those. Interesting characters,creepy visuals and a really groovy music score. Set in the San Francisco area. He uses fog and mist to add to the spooky goings on. As well as providing some beautifully shot scenes of the countryside. 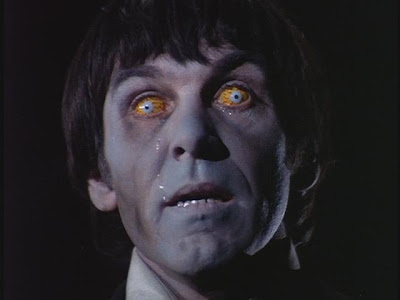 Roy Thinnes, whom I've dug since when he starred in The Invaders (1967-1968) as David Vincent, plays Norliss as a driven man without a lot of the humor Kolchak. Thinnes seemed to like the role, to bad he didn't get to expanded on character in more adventures. Angie Dickinson was fine as the widow but aside from being scarred she didn't get to do much. And Claude Akins, The mighty Sheriff Lobo was what else? A gruff no nonsense sheriff. If I had a buck for every time that man played a sheriff or a cop...I could finance my own damn Norliss series. 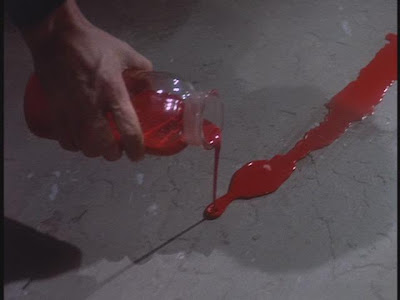 If you dig 70's horror of the made for T.V. variety. Back when they knew how to scare the piss out of you. Or if your a fan of X-files/Kolchak the The Night Stalker style of show then The Norliss Tapes will entertain. Now why the hell isn't Don't Be Afraid of the Dark on DVD?
Posted by Professor Brian O'Blivion at 8:19 PM

I've wanted to see this since reading about it on another blog awhile back. LOVE Dan Curtis's 70s output, and the team of Thinnes and Dickinson just can't miss.

Now I'm even more determined to find it...thanks for the great write up!
-Billy

Cool. Thanks. There's something about those Dan Curtiss movies, they strike a fine balance of horror and character that's sweet.