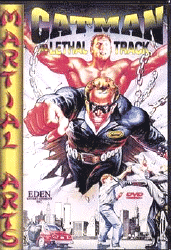 I don't know. I just don't know. Sometimes a film comes along and there's just no comprehending it. So brilliant in it's badness, so bad in it's brilliance. Catman is so bad the mind reels. 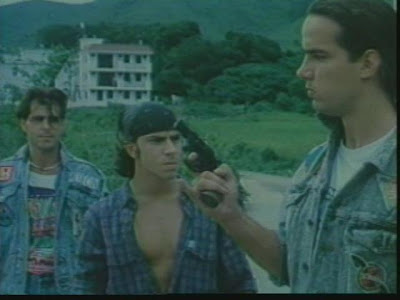 It's about 90 minutes too long. Sorry. Seriously, It's about some dumbass (Who looks like Peter Stormare) and his pal who work for the CIA or something and their mission to foil some evil priest (who can light things on fire with his mind.) bent on taking over the world with his army of Gerardos. Rico Suave indeed! When the dumbass and his pal foil the robbery of a radioactive cat! I shit you not. Dumbass is scratched by the cat and gains superpowers. Sadly the movie throws us a curve ball and focus on some dude and a chick on a dirt bike fighting a terrorist group who look like pirates. Hell maybe they are pirates, I don't F'n know. The chick, who we've supposed to think is a guy until the shocking revel and the dude never, ever meet up with Catman. Their story has not a thing to do with Catman. Anyway there's lots of boring gun fights and bad kung fu and not enough Catman. Though I don't know how much Catman I could've handled. Eventually Catman fights the evil priest and those other two people fight the pirates. The end. 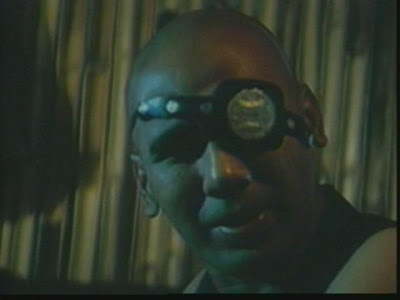 Godfrey Ho. I've ran into his films before. Their always a mishmash of a couple films that have nothing to do with one another. Painfully bad and filled with atrocious dialog. Catman is no different. 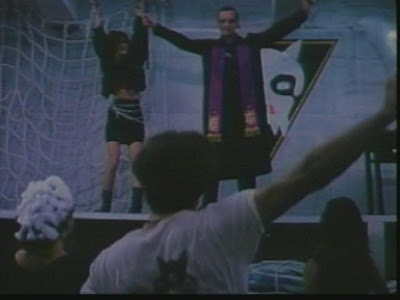 Catman throws everything he can at you. And when your curled up on the floor in the fetal position he'll kick you in the balls for added insult. He hurt me. If it wasn't for all the mountain dew I drank to power up and thoughts of how hot Hayden Panettiere is, to get me through this. Catman may have finished me. But like Rocky I went the distance. I lost. But, I lasted 90 minutes and lived to warn you. Listen, and understand. Catman is out there. He can't be bargained with. He can't be reasoned with. He doesn't feel pity, or remorse, or fear. And He absolutely will not stop, ever, until you are dead or crying like a little baby. 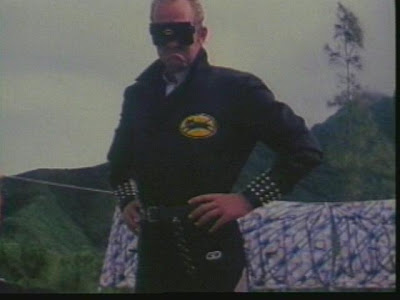