If you must label me, call me "Zero." 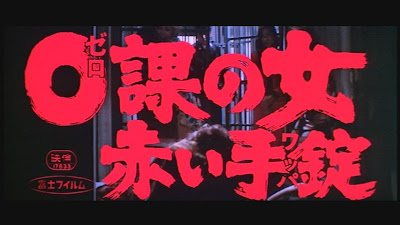 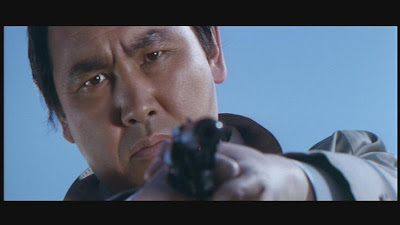 Police women Rei (Miki Sugimoto) kills a sleazy rapist/murder who happens to be a German diplomat. Her superiors are less the pleased and Rei ends up in jail and out of a job. Worse still the other inmates know she's a cop and beat her. Meanwhile, a gang of drug running punks hook up with their boss who's fresh from prison. So as a welcome home present they kidnap and molest a young woman. Afterwards they take her to a whorehouse to sell her. But the Madam recognises her as the daughter of a powerful politician, Nagumo (The great Tetsura Tamba - who played Tiger Tanaka in You Only Live Twice.) so they decide to ransom her. Wanting to avoid a political scandal Nagumo and the police want to keep the kidnapping hush hush. So they offer Rei a second chance, save the girl and kill the gang by any means necessary. 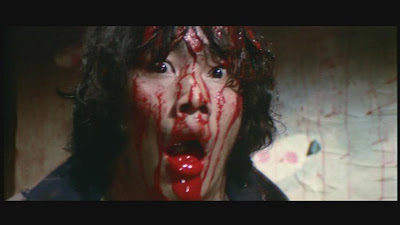 Well this is one funky fuzz guitar fueled brutal movie. Violence, rape and torture fill this movie. Bloody shootings, stabbings and beatings. The torture in this film would make Jack Bauer pee his pants. The scene involving a blowtorch used to get info from a gang member by the cops! Yeah the cops are just as brutal as the gang. In one scene they catch a gang member and as he's being questioned in a field we see two of the cop digging the poor bastard's grave. No Miranda rights here. I wish the cops on Law and Order SVU were like these guys. The misogyny in this film is taxing to say the least. Toei made their Pinky Violence films for a young urban male market in the 70's and it's a bit like eroticised violence. This is a genre you either love or hate. 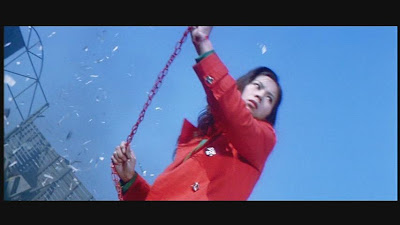 The film is filled with vibrant colors, stylish camera work and the aforementioned funky music. Rei (Miki Sugimoto)the Zero Woman herself. As far as female badasses go She's no Meiko Kaji (Lady Snowblood,Female Convict 701: Scorpion.) But she's pretty damed good as the stoic Rei. As part of her initiation into the gang they take turns raping her as she's tied to beam. And none of it seems to faze her. The Red Handcuffs of the title are her favorite weapon. She whips them around with incredible force sending geysers of the red stuff spraying from the bad guys. Nothing sums this film up better then the cover of the dvd. "90 minutes of stylish mayhem and ultra-violence! And damn if that's not just what you get.
Posted by Professor Brian O'Blivion at 4:20 PM