Hell hath no fury as a teacher scorned 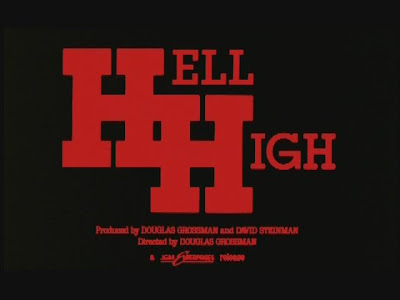 "There's nothing after high school. There's only more stink." 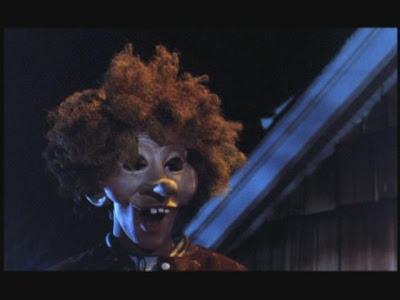 When school bad boy Dickens (Christopher Stryker) gets slapped by mousy science teacher Miss Storm (Maureen Mooney), he decides to get even. Along with his two cronies, slutty Queenie (Millie Prezioso), psycho fat boy Smiler (Jason Brill) and reluctant accomplice Jon-Jon (Christopher Cousins) who just quit the football team. The three bond with Jon-Jon by disrupting the big football game. Afterwards Dickens clues them in on how he plans to make Miss Storm pay. A plan that involves a legend evolving a little girl and two deaths in the local swamp. What the teens don't realize is that Miss Storm was the little girl in the swamp and those two deaths haunt her to this day. Dickens prank drives Storm over the edge and after an attempted rape by Dickens and Queenie, Miss Storm jumps out a window to what the teens think is her death. But of course this being a horror movie Miss storm is far from dead and very much off her rocker. Now she's out to make them pay. 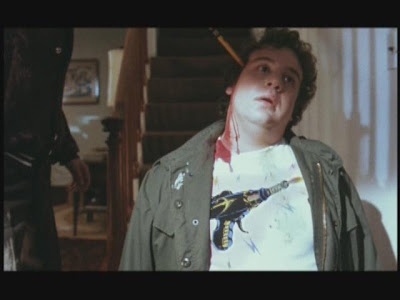 Though often labeled as a slasher film. Hell High plays more like a hybrid of Class of 1984 (1982) and Day of the Woman (1978) aka I Spit on Your Grave. There's hardly any of the usual slasher tropes. There's no masked killer or partying teens or final girl. It's more about the escalation of violence between the teens and their teacher. Dickens starts out as the school bad boy/psycho outcast and then the tables turn and he and his pals become the victams as Miss Storm goes all psycho vengeance on them. 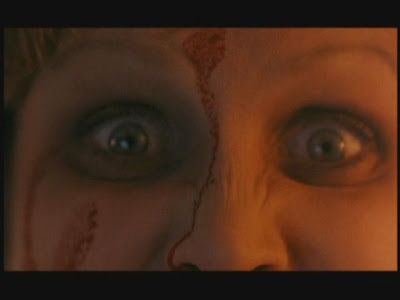 The principle actors are all very good. Especially Stryker as Dickens. Who goes from delinquent to full on merciless nutter convincingly. Sadly Stryker died of AIDS before the film could be released. Also good is Cousins as good kid Jon-Jon who gets caught up in the mayhem. He's also got one hell of a scream. Hell High isn't a bad little horror film. Moody atmosphere, a good score and nice performances help to elevate the film above a lot of it's late 80's horror brethren.

Movie sounds awsome... I'm going to have to check out more reviews;)

Thanks. I just came across this one recently. Defiantly a lost gem from the 80's.

LOVE THIS MOVIE AND I ALWAYS RECOMEND IT TO MY FRIENDS AND ANY ONE WHO WANTS A LOST LITTLE GEM.