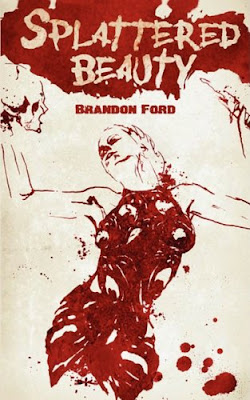 I recently had the opportunity to interview horror writer Brandon Ford about his novel Splattered Beauty, an ode to scream queens and straight-to-video horror films. I'd like to thank him for taking the time to talk to me. So here's the interview, enjoy. 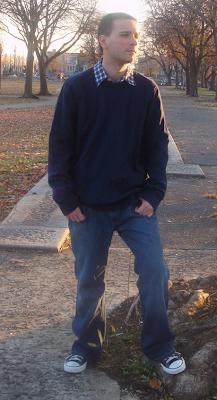 1. Your latest novel Splattered Beauty was just released in December. Can you tell us what it's about?

Splattered Beauty is the story of Alyssa Peyton, a washed up Scream Queen who once had the world at her fingertips. A prolific career, loyal following, and a producer/director husband who played a key role in getting her top billing. Now that he has left her for a much younger actress, Alyssa is alone, out of work, and sinking slowly but surely into a world of darkness, depression, and drug abuse. That is when she meets Taryn, a devoted fan who will do anything for her. Together they embark on a blood-soaked rampage, paying back those that have wronged Alyssa.

2. What writers, horror or otherwise, inspire you?

Jack Ketchum is definitely my biggest inspiration when it comes to horror writing. He has a unique voice and an impeccable style. I really admire and respect him as an artist. Richard Laymon is also a huge inspiration. That guy would spin a novel out of the simplest premises and he always produces a page-turner. I’ve recently been turned on to David Sedaris, who is a hilarious essayist. His books are always good for a chuckle.

3. What are you working on now?

I’m currently editing Merciless, a novella inspired by the true story of two teenage girls who were abducted in California back in 2002. It will be included in Creeping Shadows, a collection of 3 short novels due out this Halloween. Alan Draven and Jessica Lynne Gardner are penning the other twisted tales of horror and suspense. It should be a really interesting read. I’m anxious for its release.

4. I find music helps get my creative juices flowing. Do you listen to anything when you write?

Well, I find other voices distracting, so I can only listen to instrumental pieces. I frequently have horror movie scores playing in the background while I’m pounding away at the keys. They seem to put me in the right mind space and give me a lot of inspiration. I sometimes listen to classical. Guess it all depends on my mood. Most often, though, I prefer to write with only silence as my background noise.

5. What time of the day do you prefer to write, and for how long?

I’m a bit of a night owl, so I prefer to write when it’s very late, long past midnight. That’s when it’s most quiet and I don’t have to worry about distractions. As for how long I can stay focused, it depends on what kind of mood I’m in. Sometimes I can stay in the zone for hours and sometimes it’s an almost unbearable chore to simply get a few sentences completed. It’s the nature of the beast.

6. Your new novel is about Scream Queens. Did you have any particular ones in mind when you wrote it?

Absolutely! The book itself is dedicated to my favorite Scream Queens (Linnea Quigley, Debbie Rochon, Tiffany Shepis, Julie Strain, among others) so they were all my muses in the process. I allowed their performances to inspire and guide me forth.

7. What would be your top five horror films of all time?

Oh geez, this is a tough one. Here are my top favorites in no particular order: The Slumber Party Massacre, Sleepaway Camp, Sorority House Massacre, Creepshow, The Toolbox Murders…. Man, I could list a hundred more.

8. Back in the 80's when I was growing up and started reading horror novels it seemed to be a boon time for horror. How do you see the industry now as opposed to then? Better or worse?

Well, I always felt that the ‘80s was the best decade for horror. Every week there was something new and memorable released in theaters and on video. And then suddenly, there were movies like Blood Cult, Woodchipper Massacre, and The Ripper hitting the shelves and there became a demand for films shot straight for the home video market. We saw a lot of interesting and original things back then, as opposed to now, when you can’t blink without seeing yet another remake. There’s definitely nowhere near the amount of originality and creativity today as there was back then, which I really miss.

The book market is a whole different ball of wax. Back then, it was primarily the major houses that dominated. Now, with the rise of self-pubs and small presses, a lot of talented writers that couldn’t break in to the big time are being read.

9. Have you ever considered writing for television or film?

I’ve thought about it, sure. I’d love to write a screenplay someday, but since the craft is so drastically different from prose, I want to do my homework before I try my hand at it. That’s not something I’ll attempt for a long time, though. There are way too many books I’d like to write first.

The best advice I can give is to continue to write, build your portfolio, and submit as often and as frequently as possible. Perseverance is the key to making it in this business.

Great interview! Splattered Beauty sounds like one worth checking out.
Cool site - keep up the good work. :P

Thanks. Hope to do more interviews in the future.