A name for pissing me off 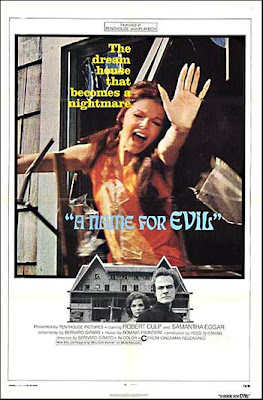 "You went on and on playing with yourself."
"I did what?" 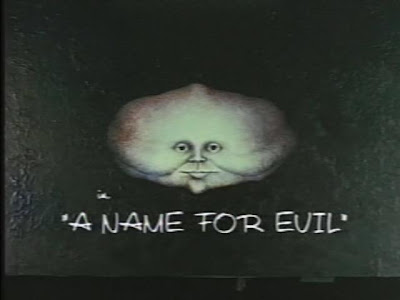 Dissatisfied architect John Blake (Robert Culp) and his wife Joanna (Samantha Eggar) move to his great-grandfather's old house in the country. Apparently the great-grandfather was a mean bastard. The locals are still fearful of old gramps even though he's dead. And his house seems resistant to Blake's attempts to fix it up. Blake also gets wrapped up in some crazy hippie cult in town and goes to a naked hippie party. Hooking up with one of the hippie girls there. So is he nuts? Possessed? Is the house haunted? Or are they reliving great-gramps life? And what happened at the end of the film? Who the F knows. 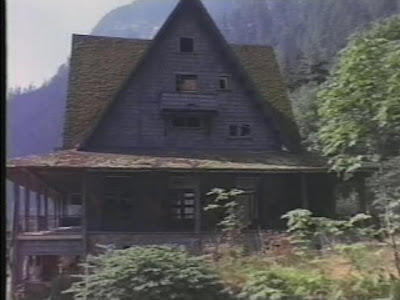 This one really knows how to kick a guy when he's down. Just when I was starting to dig on this flicks groovy and weird 70's vibe it heads off to WTFville and throws in some hippie bullshit subplot. Once Culp hooks up with the cult the plot becomes nonexistent. All the evil great-grandfather/haunted house stuff is forgotten. In it's place we get a extended hippie musical segment and Robert Culp's bare ass and shlong! As he frolics with hippie chick. Now I've liked Culp since I saw The Greatest American Hero growing up. But his ass and shlong I did not need to see. No sir. I did not need to see that. Stay far away from this one unless you have a hankering for Robert Culp's bare assets and hippies. 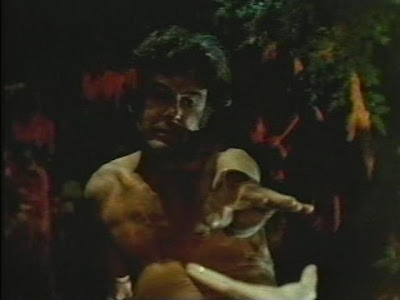 Don't feel badly...the box for this one fooled me, too. I was all excited that I picked up a movie I'd never heard of for super cheap, popped it in my DVD player, and have ever since tried blocking it out of my mind.

Question: Why do out of shape people feel the need to be naked on screen? So unnecessary.

Thanks. Yeah that nudity was so unnecessary. I'm surprised my DVD player didn't blow up after playing the movie.