10 Questions: An Interview with Vains of Jenna 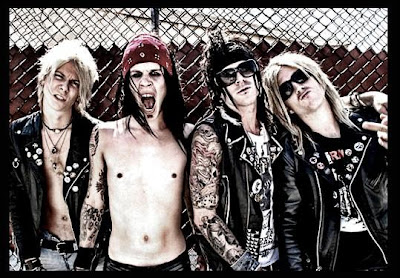 Sweden’s Vains of Jenna appeared on the scene in 2005, and quickly shook up the rock world with their rough Sunset Strip sleaze-rock sound. In the years that followed, they’ve played major tours with the likes of everyone from Poison to GWAR! Recently I had a chance to ask Jacki Stone, Vains of Jenna’s amazing drummer, some questions about this awesome band! Read on!

Let me just say thank you for keeping the spirit of the Sunset Strip
rock scene alive and vital. Can you tell us about your upcoming album?

JACKI: Thanks man! We are very excited about the new album. We finally went in to a real studio for this album and worked with Brent Woods, who produced the album. He’s the one that we did the “Enemy In Me” recording with back in 2007. This new record is a step forward for us in the band. We have all got better as musicians and songwriters. The songs are way “bigger” and have more work behind them. You’ll find that the new album is not just raw rock n roll like the old VAINS OF JENNA stuff; it’s got pop, funk, and rock songs with some cool darker lyrics. You'll never know what to expect from us...we write and play whatever we want...doesn't matter what kind of genre it might be.

What is the recording process like for a Vains of Jenna release?

JACKI: Before, we did everything on our own. We recorded all our stuff in the rehearsal studio, or like we did for “Lit Up/ Let Down”, which was recorded in a cabin in Sweden over a week’s time. This time Nicki and Lizzy wrote most parts of the songs, and JP and myself came in with our straight ideas. This recording process was something totally new for us. For once we had a real studio and a producer to help with some tweaks in the songs.

What are some of your musical inspirations and favorite albums?

JACKI: There are soooo many bands and musicians that inspired me. I remember knowing all of the songs from Michael Jackson’s “Dangerous” album when I was like 6 years old… then I really got into Nirvana around ’94. I like pretty much everything in music… I like old school hip-hop, classic music, punk, pop, funk, rock etc. etc.
For drumming I believe Dave Grohl and Keith Moon are two of my all time favorite drummers… Not so sure about a favorite album… A lot of the songs on Lit Up-Let Down seem to be biographical in nature. Do you find it easier to create songs with a grain of truth to them?

JACKI: I think it is for sure. Stuff that you have, and are, experiencing at a time might be best things to put down on a piece of paper. All songs come along in different ways… you can be happy at the time you are sitting with your guitar, drums etc. but still you make the heaviest and most angry song you ever wrote, you know? Lyrics can definitely be the same way. But I think writing about experiences and how you see things in the world, and feel at the time, are great to express in your music.


What would you say has been your favorite live gig to date?

JACKI: I have done a lot of cool shows!!! I really don’t have a favorite. Some club shows have been amazing… some small, dirty, smelly bars have been really cool… and playing arenas was absolutely fantastic!

When I saw you guys perform it was in a large venue in upstate New York, and you easily commanded the stage and made the audience take notice. Do you prefer to play larger venues or smaller clubs?

JACKI: Playing huge places like that is really amazing! That was a dream come true! And we are aiming to come back to those places. But, I like club shows as well. You’re close to the crowd and it’s awesome when they are screaming and jumping around... that is a sweet feeling! I don’t mind playing wherever… just as long as we can play LIVE. That is what we love and why we are in a band… doesn’t matter if it’s a small shitty place with 5 people or an arena with 10,000 people.

I know the same year that I attended that gig, you did shows with Cradle of Filth and Gwar!! How did the audiences at those shows respond to you?

JACKI: We kicked ass every show! The response from the crowd was actually really good... It was great seeing GWAR and Cradle of Filth fans going crazy every night. We play such different music than those bands, so for us to win over a crowd like that was really cool! 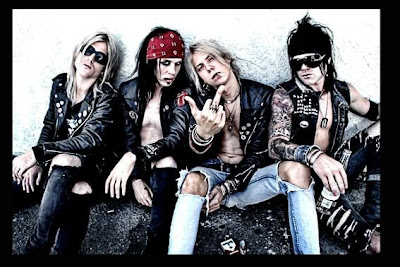 Are there plans for a nation wide tour to support the new release?

JACKI: We are heading to Texas for a 2 week run starting Aug. 18th and after that we are talking about putting a tour together in the Midwest and East coast this fall. The plan is to do what we’ve always done… playing around the whole country as much as we can.

With the massive popularity of music-based video games these days is there any chance of some Vains of Jenna in Guitar Hero?

JACKI: Haha, that would be cool!

JACKI: Our fans kicks ass!!! Thanks for all the support! Be sure to check out our myspace page www.vainsofjenna.com and our twitter and facebook page to get new updates on the band. The CD will be out in the fall so keep your eyes and ears open for that!!! It will all be promoted on our web pages!!! 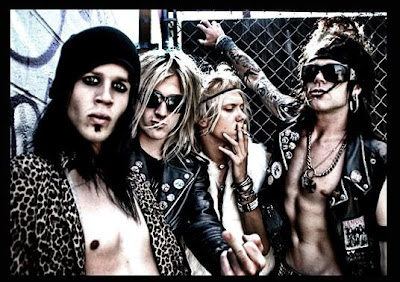 I recently came across your blog and have been reading along. I thought I would leave my first comment. I dont know what to say except that I have enjoyed reading. Nice blog. I will keep visiting this blog very often.

Both Shane and myself really appreciate that! I promise, we have some really kick ass interviews and features coming up! If you have any suggestions for interviews or features, please let us know!