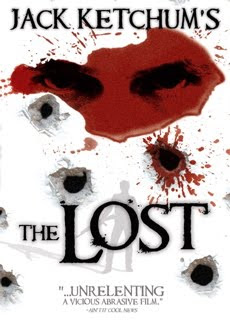 Based on a novel Jack Ketchum

"Once upon a time, a boy named Ray Pye put crushed beer cans in his boots to make himself taller."

There are some films that as you watch them you get the sense that they are slowly,painfully building toward an ending that for more then one of the characters in the film is not going to be pretty. Some will be scared emotionally and physically and others will come to a bad end. The power of it is by the time it comes your invested in more then one of the characters and hope beyond hope that they'll make it. The Lost is one of those films. 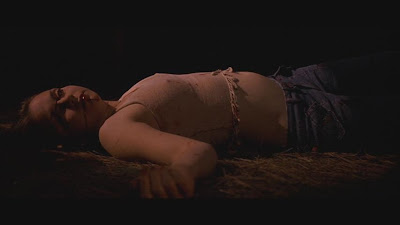 Ray Pye(Marc Senter)who puts crushed cans in his boots to make himself taller, his girlfriend Jennifer (Shay Astar) and their friend Tim (Alex Frost) are out at some campgrounds drinking and having fun. When Ray goes to use an outhouse he's surprised when a completely naked young women (Misty Mundae) steps out. She was unaware that anyone else was there. She apologies to Ray and leaves. Ray follows her and sees that she's there with another. The two girls kiss. Ray goes back to his friends and tells them about the two girls and how he thinks that their lesbians. He wonders if killing humans is like killing animals. As the two girls sit by a campfire that night a bullet cuts through the air and one of the girls screams. Ray appears out of the dark rifle in hand killing one of the girls. The other girl flees badly wounded. His friends horribly shocked are coerced into covering up by Ray. 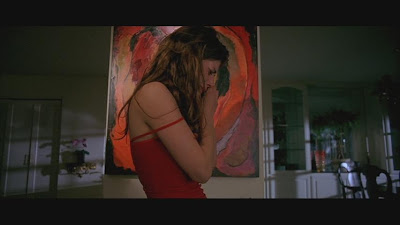 Four years later the wounded girl who slipped into a coma after fleeing dies. Ray, who's become an egoistical, insecure control freak dominates Jennifer and Tim. Detective Charlie Schilling (Michael Bowen) can't let the murder go and he knows Ray did it but he can't prove it. So he turns up the pressure on Ray any chance he gets. Meanwhile Ray is drinking, dealing drugs as well as taking them. Jennifer and Tim have a affair behind Ray's back. And Ray pursues romance with two other girls. Ray thinks he's untouchable and on top of the world. But soon all of it's going to come crashing down as Ray starts to crack and he doesn't plan on going down alone. 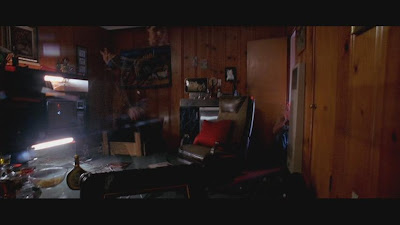 Central to what makes The Lost is Senter as Ray. he plays the best sort of film psycho. Someone who's cool and charming one second and the next explodes in fit of insane violent rage. In any given scene you watch him wondering if he's going flip out and kill the person he's with. Once he does snap no ones safe from his violence.
I also like some small touches of Ray's character like the cans in his boots. The fact that he wears black eyeliner and a fake mole when he goes out. His whole persona being larger then life to cover insecurity. Shay Astar as Ray's girlfriend is really the heart of the film. Sacred to death of Ray but also in love with him. Her foolish hope that maybe he does love her even through all his abuse is heartbreaking. Every actor gives a genuine performance in the film which add greatly to the films climax when the shit hits the fan. 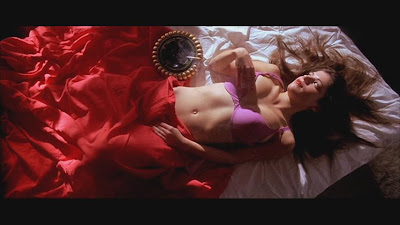 The films is not without it's faults. Ray's final breaking point seems too abrupt. We never get the sense of what the final straw was. There's a couple of scenes I felt could have been trimmed down to keep the film flowing better. But these are small nitpicks really. 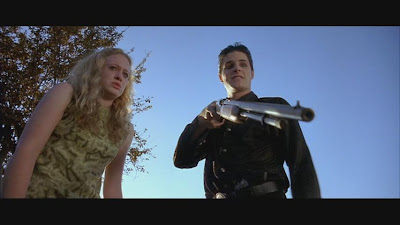 The direction by Chris Sivertson is stylish and has a ceriton David Lynch vibe to it.
He uses high grain film, slow motion, missing frames and superimposed images to create an unnerving experience. Sadly he went on to the Lindsay Lohan stripper thriller I Know Who Killed Me. 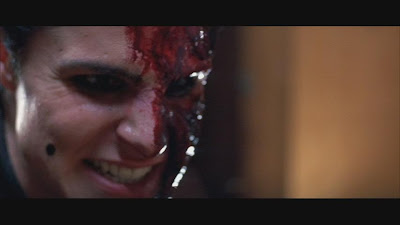 Based on the novel of the same name by Jack Ketchum and the real life case of Charles Schmid also known as "The Pied Piper of Tucson," who killed four girls between 1964 and 1965. Defiantly not for anyone wanting a gore fest or slasher flick. This is more in the gritty vein of Henry: Portrait of a Serial Killer then Friday the 13th. Defiantly recommended.