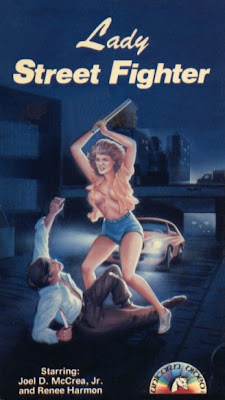 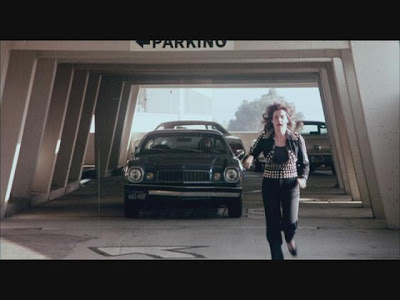 Another crazy-ass gem from the man that unleashed Executioner Part 2 and Don't Go in the Woods...alone! on an unsuspecting world. The fact that I own all three of these on DVD now not only makes me smile, it terrifies me. 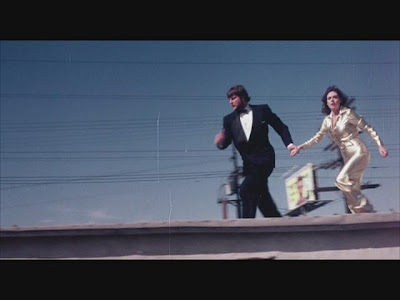 Linda (Renee Harmon), female agent and celery sucker extraordanare arrives in Vegas hot on the trail of a crooked FBI agent. There's also something about her sister that was murdered and some group called Assassins Inc. and a missing tape. But none of it really amount to anything. Or do they? The story is sort of vague. Linda and the FBI agent fall for each other. They end up having to fend off other bad guys including one that looks like Tom Savini and sounds like Old Gregg from The Mighty Boosh. There's Mr. Diamond who throws strange sex parties were people scream "Toga!" a whole lot and pop the same champagne bottle over and over. Along the way Renee Harmon gets to kick bunches of ass and take part in a car chase and shoot out. 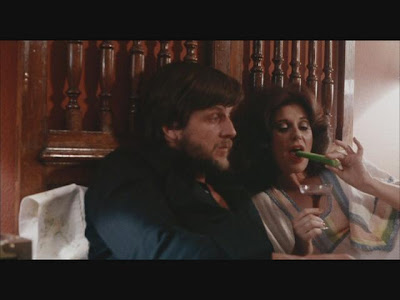 From Renee Harmon's crazy accent and even crazier outfits to her consent fellating of celery sticks there's much love about her in this movie. From the beginning torture/murder scene to the final awful looking miniature building exploding this film hammers you with everything it's got. And just when you think it couldn't take another crazy turn or throw another goofy character at you it does. I was never sure if the plot is supposed to be this convoluted by design or by accident. 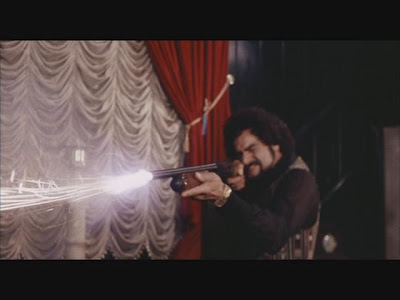 Perhaps Mr. Bryan's best film, it has everything one could want in a bad film. Lots of busty women. Crazy as shit characters. Butt-kicking kung-fu battles and outrageous clothing choices. Sadly Renee Harmon is no longer with us but they gave us this wonderfully insane film to remember her with.
Posted by Professor Brian O'Blivion at 9:21 PM

Just as sadly, Jody McCrea departed this earth just this year. His beach fight with the heroine is quite a moment in a film with many, and his monologue about having to kill her is a wonder to hear. So let's raise a celery stalk to both these vanished stars.