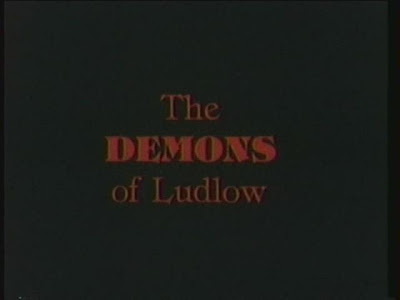 The joys of late night Television in the late eighties. That's were I first saw Bill Rebane's The Demons of Ludlow. At the time for a kid that hadn't seen a lot of weird movies it was an odd little film. One I had pretty much all but forgotten about until this weekend. I was shopping with Dan when I found a fifty film! Chilling Classics collection of horror films for cheap! One of the selling points Was Bad Taste by Peter Jackson! But this film was another selling point. Instantly that late night viewing years ago snap into the forefront of my brain and The Demons of Ludlow was forgotten no more. 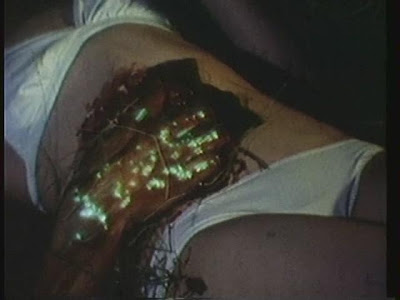 On the 200th birthday celebration for the town of Ludlow the townspeople are given a piano as a gift. The piano belonged to the town's founder Ludlow, who 200 years ago got his hands cut off by some towns folk for being a warlock. His spirit, along with some others and a few demons lurk in the piano to get revenge on the town. Soon the descendent's of those that wronged him are meeting horrible ends. 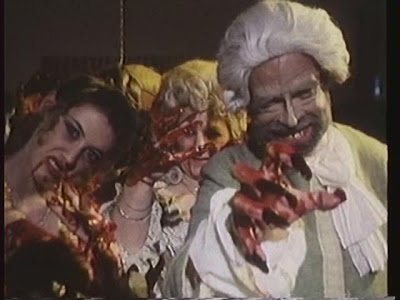 Does John Carpenter know about this? It's seems a little (a lot) like The Fog. Well here's another film that played better when I was younger. This film is real damn cheesy. From the scene were the ghosts rip off a girl's dress to the scene were they pelt an old woman with rocks in her bed I was laughing. There's also a rich scene were a glowing hand kills a fornicating teen. But the crowning scene had to have been during the climax when the piano flies about by it's evil power. But there's still a few scenes that have an eerie feel to them. Plus the winter setting helps add to the isolated feel. Nowhere near being a classic, but ya know what? I still dig it. Mainly for the memories. I was glad to get the chance to visit Ludlow again. Someday I'll probably return there. 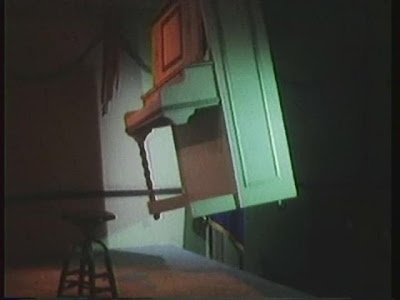 On a double bill with The Demons of Ludlow on that disk was another Bill Rebane film. 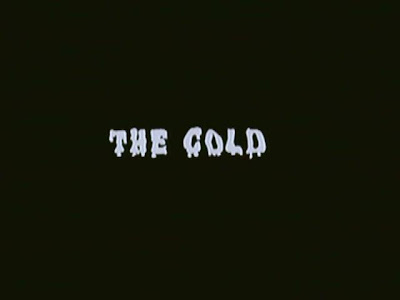 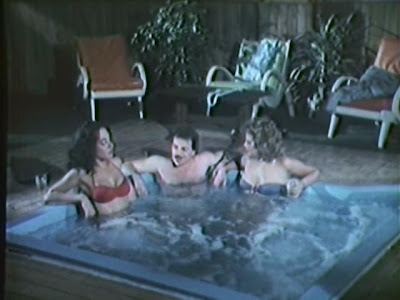 The story such as it is concerns three rich geezers. These Geezers like to invite nine poor people to this inn that they've rigged with various things to scare the crap out of the poor folks. Because if they can stay the allotted amount of time with out fleeing they win 1,000,000 dollars. Before you can say Ten Little Indians people start vanishing and fingers start pointing at culprits. 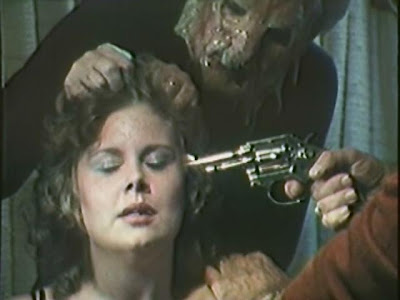 At times funny due to the early eightyiesness of everything in this film. I really was torn on this movie. It had it's goofy moments. But much of the film just jumps from one wooden character to the other. The only ones you can tell apart are the dude with the mustache and the two chicks that take off their clothes a lot. I had no idea which character was which and what other then money motivated them. With twenty minutes left to the movie it pulls a Return of the King and whips out one climax after another and why to many twists. In the end I had no idea who or what was really behind any of the shanagins. 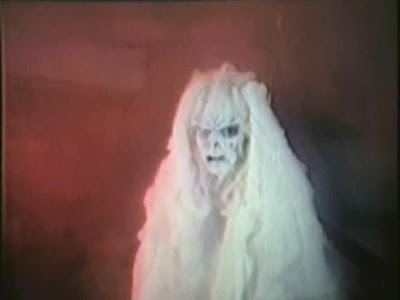 Both were a little slice of early eighties low budget horror that had more ideas then money and actors who got one shot at fame. Demons while not perfect I can help but like. While The Cold is too convoluted for it's own good. I'd give someone else's left nut to see a Code Red DVD of The Demons of Ludlow.
Posted by Professor Brian O'Blivion at 8:52 PM

Why do I get the feeling I'll be seeing these soon...