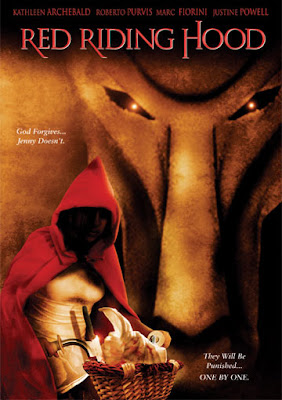 "Life was perfect. Until one day, a terrible day, something happened. One of those events that could turn your world upside down. I got an e-mail. And guess who it was from? Good old Windbag: my *grandmother*. She's coming to visit me. Out of the blue. What for, why now? And as usual, nothing but dramatic *bullshit* came out of her mouth." 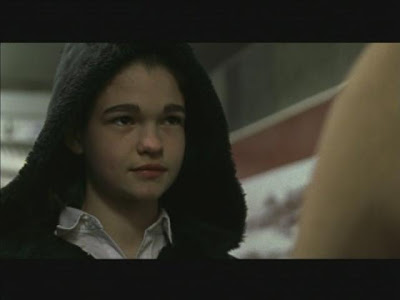 Jenny (Satta) has lots of problems. At 12 years she's living in Rome alone. Her father has been killed few years ago and her mom has taken off with a much younger man. Living alone in Rome doesn't bother Jenny. She has a handsome tutor Tom (Purvis), who doesn't know that Jenny in love with him. Also she's got George, her dog who's grown up in too a hooded and masked thing. When night falls on the Eternal City Jenny and George prowl the streets looking for sinners. See little Jenny has a strict moral code rape,murder,petty theft and adultery are all killing offenses to Jenny. She takes great pleasure in cleaning the scum off the streets of Rome. Much to Jenny's dismay her grandmother Rose (Archebald) arrives from New York to take Jenny back with her. First Rose comes to think there's something wrong with Jenny. When she confronts her Rose is drugged,operated on and imprisoned in her apartment. Then Tom starts to suspect something wrong. All the while Jenny and George unleash brutal justice on the city of Rome. 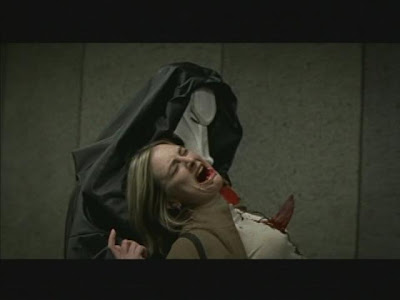 This is one strange film and a nice return for Italian horror. First time directer Cimini shows potential. Not near to Argento or Fulci Cimini does a fine job. The pacing lags a little here and there. But not enough to have the viewer tunning out.
One of the film's cinematographers, Sergio Salvati worked on Fulci’s The Beyond and The Black Cat, helps add a nice flair to the proceedings. One of the films co-writers,Ovidio G. Assonitis was the director of Beyond The Door and Tentacles further adds to the feel of old school Italian horror. 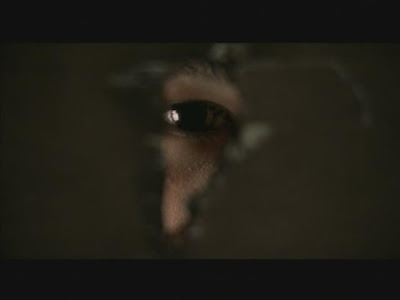 Susanna Satta as Jenny has a very distinctive look. She gives Jenny certain mannerisms that let the audience know she's not quite right. This could be a rough role for any child actor and she manges to pull it off just fine. Kathleen Archebald has to endure much suffering as Rose. She does fine as grandmother both scared by and for her granddaughter. Roberto Purvis really dosen't have much to work with till towards the end. Most of the time he just has to smile and look handsome. 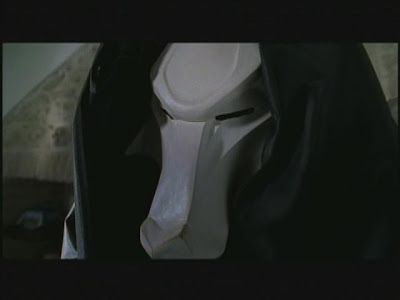 Let's talk about that music. WTF? There's this strange happy song that reference's the film. At first I found it mildly strange, but then it kept coming back like that one person at a party you don't want to talk to but they keep following around like a lost puppy. The incidental music is fine. But that damn theme won't stop. 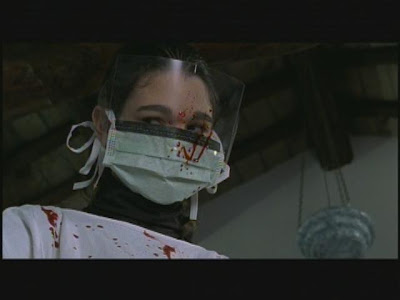 So, it's a bit odd but the film will grow on you if you give it a chance. The humorer is dark and the killings bloody and creative. The ending goes on a little too long. I could have gone with out the little twist at the end. But that's a small gripe. Sit back and get ready for a strange ride.
Posted by Professor Brian O'Blivion at 10:31 PM

A big thanks on this review, I have passed on it for years but I was always intrigued by the cover. Im certain I can get it for less than a buck, so Im all in on this one!

Thanks mate, I couldn't agree more!