10 Questions: An Interview with Johnny B. Morbid 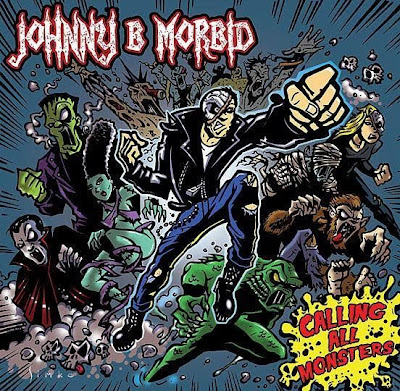 Tell our readers a little about your band.

The band started back in August 2005 but at the time wasn't actually even a band. It began with Johnny recording in his basement by himself on all instruments and vocals which led to the release of the first album in October of 2005 entitled "How to Wake the Dead." This was only intended to a be a solo project just for the sake of Johnny wanting to get it out of his system but when his friend (x-band member Mark E.Mortal) suggested that he put together a band, he decided to do so with some of his close friends who he had grown up with and been in other bands with previously. The early stages of the band were very reminiscent of The Misfits & Samhain but as they developed as a group and as Johnny developed as a song-writer, they would eventually stray quite a bit from their roots but never completely. Each album released after "How to Wake the Dead" were stepping stones leading up to how they would eventually sound. There was the self titled album released in 2006, "Calling All Monsters" released in 2007, "Some Things Are Better Left Undead" released in 2008, and "Monsterpiece" released in June of 2009.
The band has since played with such acts as The Misfits on multiple occassions, Gotham Road, Michale Graves, Blitzkid, Gorgeous Frankenstein, Doomtree, Sponge, and others.

You guys have some sweet art work for your albums. What goes into the creation of the covers and how do you pick an artist?

Johnny usually comes up the concept and then would usually hire Joe Simko who would completely bring the ideas to life. The album "Monsterpiece" however was a joint effort of an x-guitarist of the band by the name of Matt Ferri & Johnny's x-girlfriend Lauren Smith. 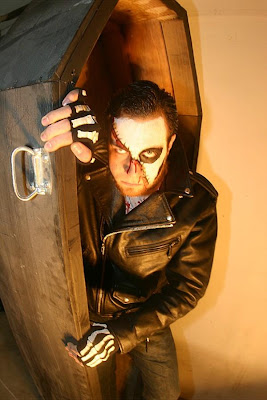 On Icons of the Underground Volume 1: Glenn Danzig Tribute you do a cover of Hybrid Moments. Are there any other songs by Danzig you would love to cover?

Yes, "The Birthing" by Samhain.

October 30th your opening for the misfits. Have you played with them before? And can you tell us a little about the show?

We've played with them on johnny's 21st birthday in 2007 and we also played with them on Halloween in 2008.
The 1st time we played with them was incredible. The place was packed and even though we were the 1st band that night, people still got into it. Johnny was carried out in a coffin by 4 of our friends dressed in funeral attire and he then popped out at the start of the set. Johnny also sang "Dig up her bones" with the misfits that night. We haven't done anything like that since. It was also treat because balzac played that night.
When We played with them on Halloween in new york city in 2008, it was insane. It was the only sold out show we've ever played. It was also the only time we really really taken care of by a venue. Free buffet and free beer before we took the stage. Johnny also had the privilege of singing "Dig up her bones" with the Misfits once again.


What is the most memorable show you have ever played?

October 27th 2007 at Starland Ballroom in Sayreville, NJ with The Misfits & Balzac

Do you have any sort of ritual or anything you do before a show?

We all stretch before we go on stage,haha. 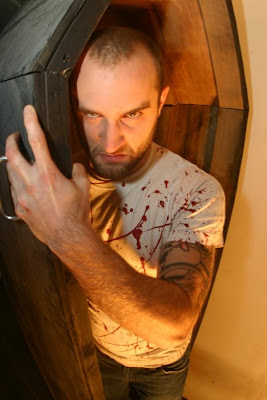 How has your music evolved since you first began playing music together?

It has become a little busier now meaning that it is not just simple power chord progrssions. There's way more going on in the music now and it is also way more diverse than it has ever been, but the lyrical content is still similar to that of when we started just not as corny and straight forward.

If you were in The Ramones, what would your Ramones name be? 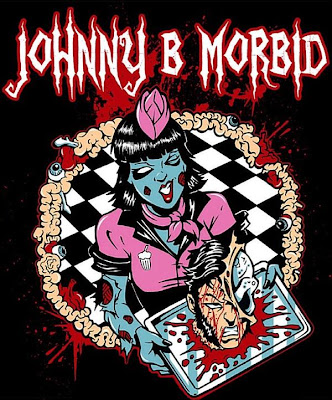 Obviously you are a fan of the horror genre, What are your top 5 horror
movies?

Check out Johnny B. Morbid on iTUNES & at myspace.com/johnnybmorbid 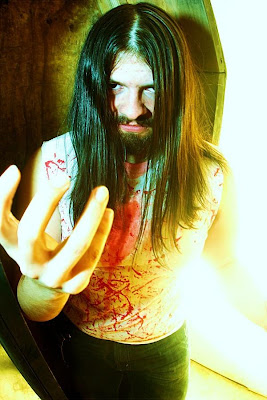