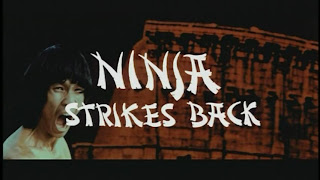 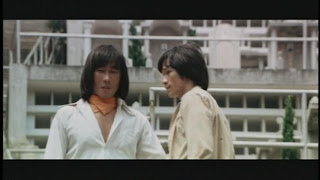 Bruce Le plays well Bruce, who appears to be a enforcer for a mobster in Rome. When he and his pal run into some trouble on a job from a gun totting Rod Stewart look-alike in a car and some thugs. Bruce gets caught by the cops while his pal escapes. After doing his time his buddy and the mobsters are all ready to welcome Bruce back into the fold, since Bruce kept his mouth shut. But Bruce just wants to live the simple life with his leggy Italian girlfriend. To bad his mafia buddies don't trust Bruce to stay quite. They attack him at every turn. Meanwhile Oddjob and Bolo Yeung kidnap some ambassador's sexy daughter. So Bruce and an Italian policeman team up an head to Paris for clues. While in Paris they start fights on porno movie sets, shove people's heads into urinals and run one guys nookie session. 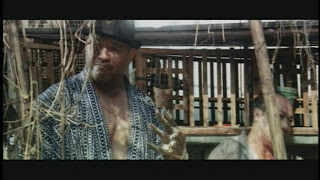 From Paris Bruce follows the clues to Hong Kong. There he discovers his father has been killed and his sister kidnapped by Oddjob and Bolo. Oddjob still has his killer hat, plus a golden claw he slashes people with. About fifty minutes a Ninja actually appears, Finally! The Ninja shows up to fight Bruce in a graveyard. After, there's a speedboat chase were Bruce finishes off the deadly duo (He cuts off Oddjob's gold hand with a lethal chop!) and saves the girls. Back in Rome Bruce's old mob buddies aren't done with him and send his old pal and some goons to fight him in the Coliseum in Rome. 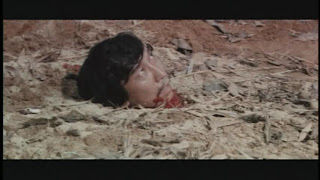 Oh man did this movie rule! Not only was there a Ninja in it, which was a big surprise. But there was tons of action. Also I've never seen so many breasts in one film. Really, almost every seen there was topless women. Was it necessary? No. Was it good nudity? Not really. But I appreciate the thought. I loved the fact that not only did they completly rip-off the theme from Enter The Dragon, but every time Oddjob appeared James Bond music played. There was a great scene in a French disco were some song called Disco Magic played. Awesome! 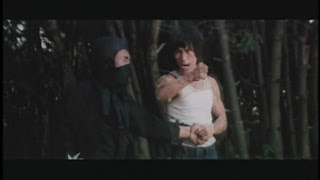 The Ninja Strikes Back was produced by the late exploitation producer Dick Randall who also played the ambassador. He got his start s a writer for Milton Berle! Responsible for such grindhouse films as The French Sex Murders (1972), Dr. Frankenstein's Castle of Freaks (1974) and the Mario Bava sex comedy Four Times That Night (1972). He knows his exploitation and delivers something crazy almost every scene. 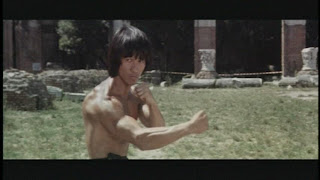 Now some of my random thoughts while watching the movie.

That dead guy is still shooting his gun.

Everyone has kick-ass sunglasses on!

How does Bruce Kick with his pants hiked up so high?

That lady needs to shave.

There's just people wandering around in the background during the climax. 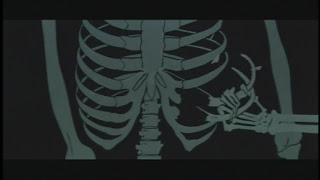 Glad you discovered this one, Prof. It is a jewel from the decadent days of the first-generation international martial arts genre with a fresh infusion of ninja absurdity. It's just sad that poor Bolo has to cower in fear of Oddjob's silly glove of death, but being Bolo was often thankless work for the great man.

Thanks Sam. This movie was great fun. Glad Code Red put it out on DVD. I was surprised that Bolo got beat sort of easy in this movie. But I've seen him kick lots of ass in other movies anyway so that makes up for it. LOL.