You're not supposed to be playing that flute! 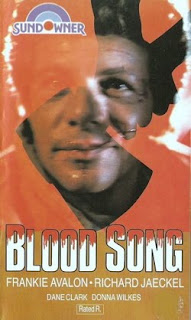 "I keep seeing this same lunatic killing people - crazy, like!" 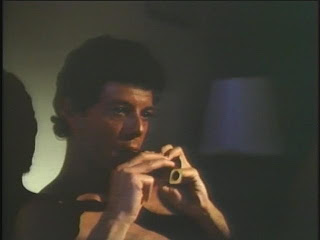 A deranged mental patient flees an asylum after murdering an attendant for criticizing his flute playing. As a child the mental patient, Paul Foley (Avalon) saw his father shoot his mother and her lover before shooting himself. After seeing this murder the boy started playing a song on the flute. A young, disabled High School student named Marion (Wilkes) sees Paul kill the attendant in a psychic vision. But when she tells people they don't believe her. If this wasn't enough of a plastic hassle for Marion, her drunk dad really hates her fisherman boyfriend Joey. Besides that her dad's drunk driving is the reason Marion was in an accident that left her wearing a leg brace. It seems that Marion developed a psychic link with Paul due to a blood transfusion after the accident. I hate when that happens. 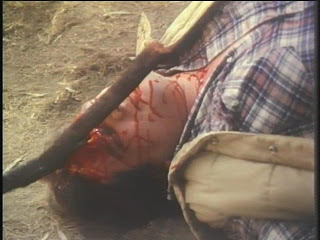 So while this after school special stuff plays out, nutty Paul toots his way around the vicinity. Killing anyone who criticizes his flute playing. One motorist who gives him a ride makes the mistake, saying: "Jesus Christ! You've been playing that same thing for over an hour!" He goes to take a roadside pee and gets a hatchet from Paul. He also strangles a hitchhiking babe after they have motel sex and she makes a crack about his flute. Marion is walking along the beach all sad about her after school speacial home life one day when she spies Paul burying a victim. Oops, glad that psychic link payed off. Wait, that had nothing to do with them meeting up, WTF!? Anyway Marion gets away with the help of some groovy looking dudes. But now Paul is after her and he'll stop at nothing to play her a little farewell ditty on his flute. 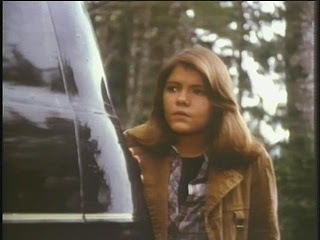 I love 80's slashers. Especially early 80's when every thing was either a rip-off of HALLOWEEN or FRIDAY THE 13th. I'm a big fan of the escaped mental patient chestnut a lot of these film used after HALLOWEEN. Frankie Avalon makes an okay killer, with his insistent flute playing. Then theres Richard Jaeckel, who does his best as the drunken dad. He's always reliable in movies but here he doesn't get much to do but be surly. Donna Wilkes is fine as the final girl with the shitty home life. She'd go on to play Angel (High School Honor Student by Day. Hollywood Hooker by Night.) in the Angel series of films! 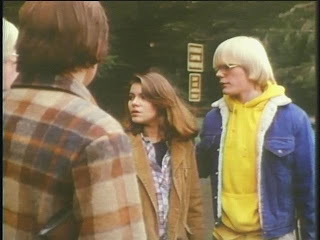 Not a bad little time waster. I was surprised by the gore and nudity here. While not a lot, theres enough to keep you awake. If you're in the mood for 80's slasher fare but don't want to watch HALLOWEEN II or one of the FRIDAY THE 13th films again this is a okay distraction. 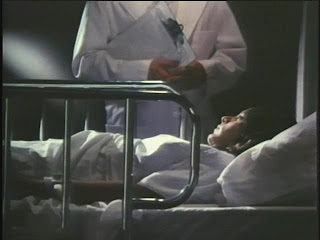