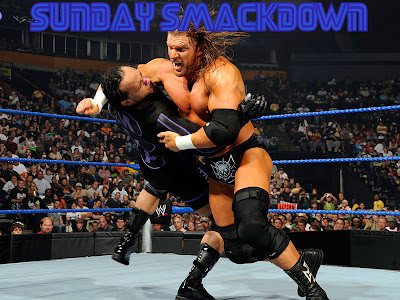 I've never went to camp as a kid. And if horror films have thought me anything it's a good thing I didn't go. There's about a million wackos out there in the woods who get their jollies offing anybody foolish enough to go to camp. Now, Jason maybe the most well know of these maniacs lurking in the woods, but the battle consists of two other freak job killers. These two are not as well known nor as popular as The man in the hockey mask, but they each have their own fan base.

Cropsy, the alcoholic and masochistic caretaker of Camp Blackfoot fell victim to a prank by a group of boys that goes wrong. It leaves him horribly burned. Five years later, Cropsy is released from a hospital, wearing a heavy coat, sunglasses and hat to hide his burns. He murders a female prostitute in a rage. He then sets out back to the camp where he was burned, his mind set on vengeance.

One night Madman Marz killed his whole family with an axe, and was later convicted, hit in the face with an axe, and hung, only to break free from said noose and disappear into the woods Now anyone who says his name above a whisper will awaken him and cause him to come back and kill. 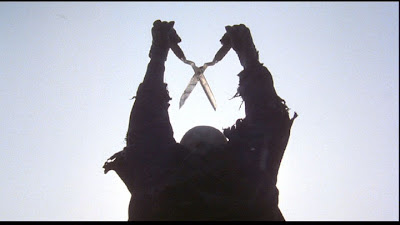 Last week's winner was Pamela Sue Voorhees who beat Norma Bates. For being only a head she sure kicked a lot of ass. 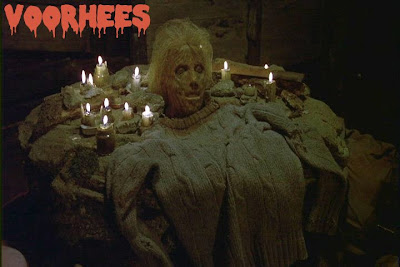 I'm un-educated as to the films that they belong to - but Marz sounds like a fierce killer... If I had to put money down it'd be on him - he's too ruthless - yet Cropsy would be the sympathetic choice and the one I'd want to see win MORE as he's more of a victim of circumstance (per the descriptions given).