A New Order of the Ages: A conversation with William Francis 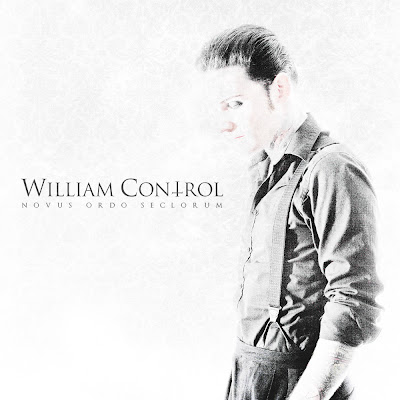 When I spoke to William Francis earlier this year, his band Aiden had just released their album “Disguises” (http://www.amazon.com/Disguises-Aiden/dp/B004LE11AE/ref=sr_1_1?ie=UTF8&qid=1320327045&sr=8-1). Since that time, William and Aiden have released a follow up CD entitled “Some Kind of Hate” (http://www.amazon.com/Some-Kind-Hate-Aiden/dp/B005J3VB9C/ref=sr_1_3?ie=UTF8&qid=1320327301&sr=8-3), as well as announcing a new collection of writing entitled “Prose and Poems”, a follow up to 2009’s “Flowers and Filth” collection, and a new EP from William Control (Francis’ dark electronic solo work) entitled “Novus Ordo Seclorum”. Now, William has once again taken time out from his hectic schedule to chat with me about his art.

November 29th sees the simultaneous release of your new book, "Prose and Poems", as well as your new EP "Novus Ordo Seclorum" (You can pre-order both right here: http://williamcontrol.bigcartel.com/). I would like to speak about each work individually. Let's start with "Prose and Poems". What is your process like for composing poetry, and does it differ from the process you employ when writing lyrics?

William: Yes the process is completely different. With song writing I am usually trying to fit the narrative inside of a melody and have to change the words around for it to fit. Poetry is a little more strange. Although I write it with music in my head, I don't necessarily have to fit the pieces together like a puzzle. It's a lot more free, if that makes any sense at all.


Will "Prose and Poems" primarily feature newer writings, or does it encompass various periods of your writing?

William: Yes, it's some of the stuff I have written since “Flowers and Filth” came out. There is never a time when I stop writing. I have an unhealthy fear of becoming a leper or losing my fingers in a lawn mowing accident or some calamity where I lose my ability to get this stuff out of my head.

Do you prefer one form of writing above another?

William: Are they really all that different? No I don't think I do. One appeals to my inner demons and the other appeals to my outer. I have so many different versions of myself inside my skull its frightening. Sometimes they get drunk and fight one another and I feel a panic attack coming on. Here comes the panic. So I write to quell the voices, I write to soothe the nerves. I write because without it, I'm inside of a padded room drugged out on chlorpromazine and lithium, wondering what year it is.

Moving on Novus Ordo Seclorum, how did you decide upon this quote from Virgil's fourth Eclogue, and how does it relate to both the contents of the CD as well as your current view of the music industry?

William: Translated it means "A New Order of the Ages", which is exactly what we are seeing happen throughout the world. With the Arab springs in the middle east, the protests here in America, the war on women, and a cascade of other grievances we all have within our hearts. There's one song on the new EP in particular that relates to these atrocities and how, we, as a species need a new world order, how we all need a new kind of faith and something to believe in. 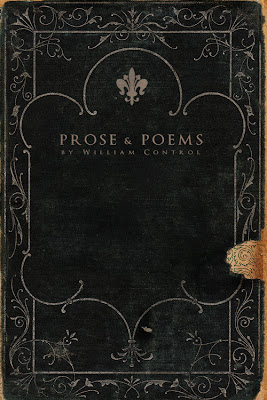 Would you be willing to describe some of the new songs found on the CD?

William: I'd rather it be more of a surprise and left to the imagination. I will say that there is Sex, Violence, Love and a yearning for change that we all desire.

Do the book and the CD work together to present a complete piece spread over two distinct mediums, or are they separate in their overall theme?

William: They are as separate as one could make them. Like I said, they are a collection of writings over the past year and a half or so that encompasses a lot of different things I have felt in that time. It would be quite a difficult task keeping something like this a cohesive endeavor.

One of the elements that I find fascinating about your art is your delicate and skillful balance of diametrically opposed elements. Modern lyric writing and Victorian aesthetics, true love and the profane, electronic instrumentation and the richness of your voice...all play off from one another to create a dynamic whole. As I am fascinated in an artist’s process, would you describe how you strike such balances in your art and how much importance do these dynamics play when you are creating?

William: Well first I must thank you for such gracious remarks. As far as balance goes? I am not formally trained in anything, music or otherwise. I have no knowledge of how to write or piece music together the right way. I grew up learning to play guitar to Misfits, Violent Femmes and Nirvana records. There really isn't that much thought that goes into it really. I have a recording studio that allows me the luxury of experimentation and delivery. I have a few synthesizers a drum machine and a plethora of guitars and amps. I write until I think it sounds good. It's really quite un interesting. My apologies.

On the subject of opposing elements, I adore when you mix acoustic elements into the electronic soundscapes of the William Control releases. Your rendition of "Can't Help Falling in Love" is stunning, and "Soliloquy" is haunting. Have you ever entertained the notion of releasing an acoustic album?

William: I have entertained that idea quite heavily yes. I will most likely do that sometime here in the near future.

Moving on to unexpected audio releases, last year you released a series of readings of work by Edgar Allan Poe. Are there any plans to continue your readings, and if so what titles or authors would you like to interpret next?

William: Yes, yes, yes! I loved doing that. I had such a great time. It is really quite difficult though and takes a lot more time than you would imagine. I'm sure that I'll get back into it. I have spent the last few months building a new recording studio and have been so busy recording the Aiden and WC records that there hasn't been a lot of time for the readings. I would like to do some works by other authors. You'll just have to wait and see.

William: Get ready for a new adventure.
Posted by Professor Brian O'Blivion at 9:04 PM

glad you enjoyed the interview!