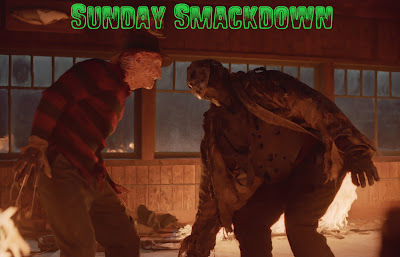 This week two master schemers face-off. One a crazed criminal, the other a serial killer.

The Joker aka The Clown Prince of Crime. Joker's only desire is to upset social order through crime. Unlike the previous film, TV and comic-book depictions of the Joker, this one eschews gag-based weapons common to the character, in favor of knives, firearms, and an array of explosive devices. He also excelled at forcing others to have to make life and death decisions based on letting someone live or die. Such as when he threatens to blow up the city to manipulate people into escaping on two boats that he has rigged with bombs, one filled with civilians and the other with convicts; he threatens to blow them both up at midnight unless one of them destroys the other first.

John Kramer aka The Jigsaw Killer. Kramer a former civil engineer dying from an inoperable tumor. After a failed suicide attempt, Kramer experienced a new respect for his life and set out to force others through deadly trials to appreciate their own lives by testing their will to live through self-sacrifice. The tests were symbolic of what Jigsaw perceived as a flaw in each person's moral character or life. The Jigsaw name was given by the media for his practice of cutting puzzle pieces out of the flesh of those who failed their ordeals and died, symbolic of their missing survival instincts, but Kramer never used the name to refer to himself. 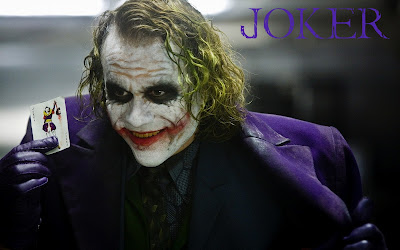 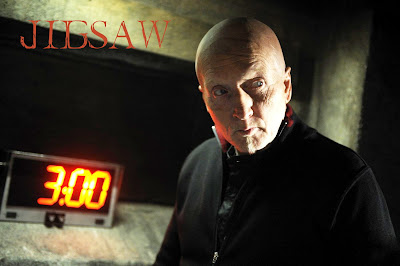 I'm interested to see how this battle goes. Both are master manipulators with plans within plans. Let the head games begin! 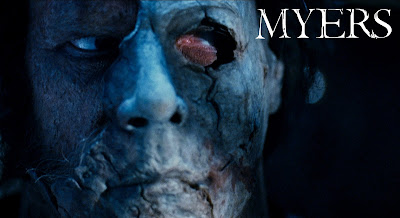 The hulking Micheal put Jacob Goodnight to bed. Permit like. Seven to nothing.
Posted by Professor Brian O'Blivion at 5:21 PM