Time to grab a Twinkie and nut up or shut up! 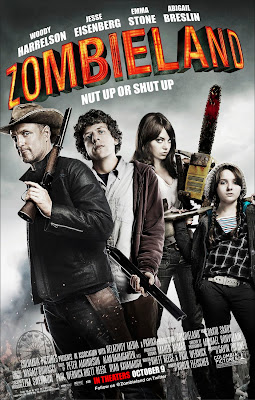 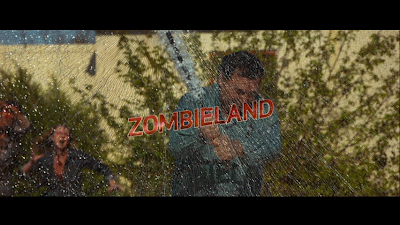 I loves me some zombies. I've watched so many freaking zombie movies and I have yet to tire of them. And now days there seems to be no shortage of films featuring the flesh-eating undead. With Shaun of the Dead and the return of George Romero and now this film's success zombie films appear to be a hot ticket for the time being. So is Zombieland any good? More on that in a minute. 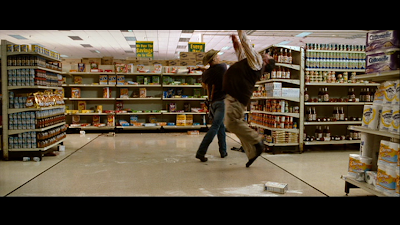 After a really decent opening telling us how the world fell apart. And a sweet credits sequence featuring "For Whom the Bell Tolls" by Metallica we're introduced to Columbus (Eisenberg) nerdy collage student and loner by choice. On the road he meets Tallahassee (Harrelson) another surviver. Tallahassee on a quest to find some Twinkies whilst kicking lots of zombie ass. Pretty soon they run into con-artist sisters Wichita (Stone) and Little Rock (Breslin) who steal the guy's car and guns. Eventually they decide it would be better to team up and the four head off cross country trying to live through the zombie apocalypse. 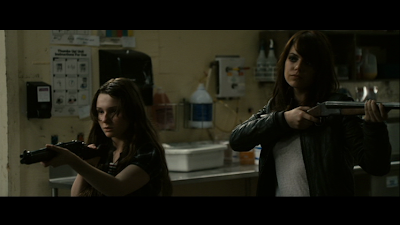 That's basically the story in a nutshell. Four people on a road trip during a zombie apocalypse. There's not much more to it then that. That in and of it's self would not be all that bad, but midway through the film that's not a whole lot of zombie action. The beginning and the end a brimming with it, and it's really well done. But it would have been nice to maybe have some zombie action during the midsection. That being said I liked the characters, Harrelson's Tallahassee steals the whole damn movie. Emma Stone is incredibly gorgeous and plays her streetwise con-artist character incredibly well. She's like a female Han Solo. There's also a great cameo that comes close to making up for the slow middle. The zombie effect a well done and there's some zombie gore, nothing on a par with an Italian gut-muncher though. 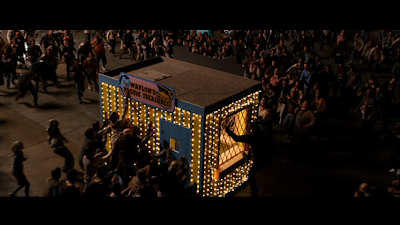 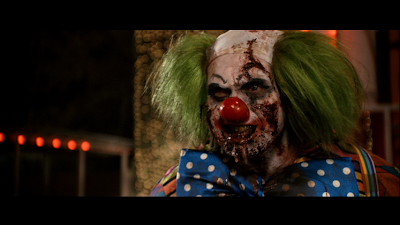 Seeing the television promos and the trailer I thought this would be a film I'd really love. And I wanted too, but in the end it's a good not great zombie flick. I liked it. Wasn't wowed by it. But a good zombie film is always welcome. Zombieland doesn't take you anywhere new but it's fun while it lasts.