The burden of civilization is upon us... an interview with Kelli Maroney 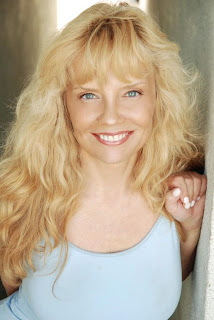 I recently had the pleasure to interview Kelli Maroney. You'll remember her from her roles in Night of the Comet, Fast Times at Ridgemont High, The Zero Boys, and Chopping Mall. Check out her official website here. And on Facebook.


Was it aways your intention to be an actress?

Yup, it's really all I ever wanted to do. I thought of some other things, but that was my real heart's desire, so I went for it.

How did you first get into acting?

I was an apprentice at the Guthrie Theatre in my hometown of Minneapolis, MN. as a teen.

The first movie you did was Fast Times at Ridgemont High. Was it intimidating to be working on a feature film after doing television?

Not intimidating, but exciting because I really wanted to be in films. 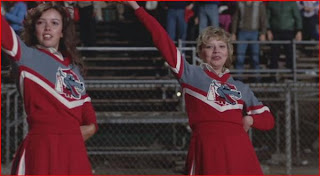 In Fast Times at Ridgemont High you worked with actors such as Anthony Edwards, Eric Stoltz, Phoebe Cates and Forrest Whitaker. Do you have fond memories of working with them?

Absolutely--we spent months being together everyday.

You had a part in a Peter Coyote film called Slayground. Can you tell us anything about that film?

I actually only worked one day on that. They shot my scenes back to back in one day, so I wasn't on the set after that. I loved that they put the song BAD TO THE BONE underneath my scenes.

Can you tell us anything about staring in the hybrid action/horror film called The Zero Boys?

It was a pretty rugged experience--one trailer for all of the actors, and running around the woods in the middle of the night. The other actors were great and we bonded over the difficulties. 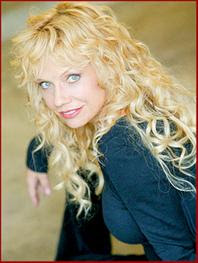 You've been credited as D. Mason Keener and Zoe Simon. Was there a reason for using these different names?

D. Mason Keener was what Wynorski credited me as when I didn't want to use my real name in one of his films...D. Mason Keener is after DMK in NIGHT OF THE COMET. Simon was my married name, and I used the name Zoe while I was doing a side gig as a holistic practitioner some years ago.

Night of the Comet has a strong cult following. Do you get a lot of fan mail about it? And do you get people coming up to you that recognize you from it?

Yes, it's so wild how many people remember and love that film. Thank you! 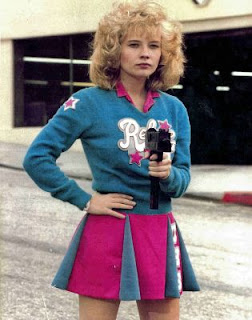 In that cheerleader outfit, holding that machine gun. You were quite an iconic figure. Sort of a precursor to Buffy The Vampire Slayer. Plus your character had that valley girl thing going on. Night of the Comet had a kind of humor you didn't see in horror films then. When you were filming did you get a sense that your character would be so popular and that NOTC would be a cult film?

No, actually we thought we might have to wear paper bags over our heads when it came out. LOL. I knew it would be funny because when I read the script I was laughing out loud. 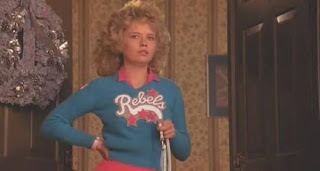 Did you keep any of the outfits from the movie?

Have my cheerleading outfit and it still fits.

Catherine Mary Stewart's love interest in the film was future Star Trek Voyager star Robert Beltran. What was it like working with him?

What can you tell us about working on Chopping Mall? Did you do your own stunts?

NOTC and Chopping Mall both had a lot of action set-pieces. I did all my own stunts on NOTC and almost all on CM, except there was a body double at the end when I'm standing there near the paint store when it blows. They put her in some kind of flame retardant stuff in case the fire blew back on her.

Recently you did an episode of True Blood. What was that like?

Very fun. The cast and crew are sweethearts. I hope they bring me back again.

What are you working on now?

I have several films that I am in the process of getting financed,

What's the weirdest fan related thing that's ever happened to you?

When I was on the Daytime show Ryan's Hope my character got pregnant and I started to receive baby cards and shower gifts, like I was really expecting! 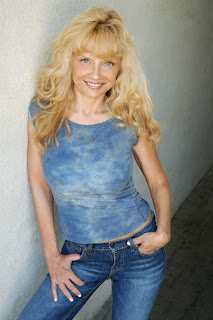 Is there anything you like to tell our readers?

Yes, please go to Youtube and check out a song I did with the group Consortium Of Genius called Homecoming Queen At The End Of The World. It is a ton of fun! Thanks to everyone for their enthusiasm and support. My fans ROCK.
Posted by Professor Brian O'Blivion at 11:29 PM

Very cool! She is still rockin'!

So has the person I met at the mall stopped by yet?