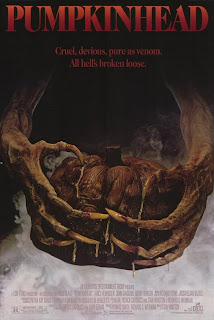 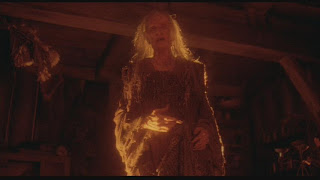 My annual October HorrorFest of wall to wall horror films. Over the last couple of years it's developed into something of a challenge. Seeing how many I can cram into October. If that wasn't challenge enough I like to link them, from the first one right up to the last. Be it cast/crew, theme, monster or from a series. I'm not going to go to depth, just going to offer a few thoughts on them. I started at Midnight last night and then watched the next two after work today. These first three are obviously linked a few things. 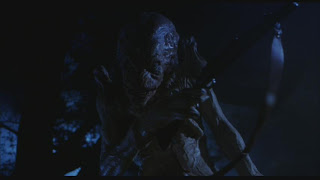 I love this film. Every viewing I see another aspect I like. From the beautiful atmosphere to the incredible monster. The acting by Lance Henriksen and the rest of cast is believable. The thirty something teens are fine. None of them got on my nerves. Even the "asshole" character has his moments. It's too bad Stan Winston never directed another horror film. Because he does quite well here. 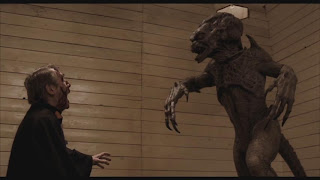 I skipped Pumpkinhead II for a couple of reasons. For one it sucks ass and second I don't own it (See reason one). So This, the third of the series is a direct sequel to the first film. It's a lot of fun and it's nice to see a follow up in this day and age and not another damn remake. It's also nice to see Henriksen return. There's a bit of gore in this one, unlike the first Pumpkinhead, which isn't really that gory. The creature effects in this one are decent, ecxept when it comes to the CG creature effects. Not so good there, but thankfully their kept to a minimum. 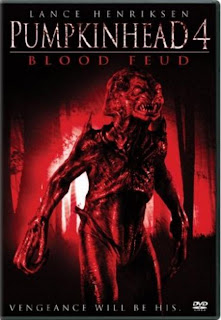 This one was fair. One the plus side it's relentless. it starts with a monster rampage and keeps up a decent pace throughout. Like the previous film Henriksen is back. The creature is pretty much the same as the last film and there's a few CG shots, but not a whole lot. The trouble with this one is I really didn't care about the two dueling clans story. Nor did I care for the Romeo and Juliet romance.
Posted by Professor Brian O'Blivion at 9:47 PM

PH is one of my all time favs, purely sinister and FX work that rivals PREDATOR or ALIEN. 2,3,4? Eh.

Same here with Pumpkinhead. I love the 1st film. Here's hoping they never remake it.