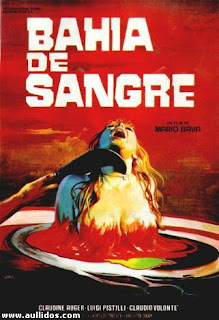 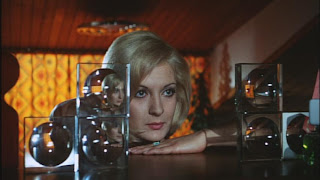 Director Mario Bava's stylish precursor to the slasher films of the eighties, features thirteen ultraviolent murders. Quiet simply nearly everyone in this movie dies horribly. All for the rights to a piece of lucrative oceanfront property. Bava's message is simple: everyone is capable of killing if it further's their goals. The beauty of it is that Bava delivers it with a very dark sense of humor. Every viewing leaves me in awe of Bava as a filmmaker. His use of colorer. The way frames his scenes through such things as broken window panes and a shelf full of glass trinkets. The score by Stelvio Cipriani is an insane jazz fueled blast. Former Bond girl Claudine Auger plays a real ice queen in this one who gets her husband to do some real bad shit for her. I can't blame him though, I'd do what ever she wants too. Probably also the first film to feature the horror stranded of the promiscuous teen victims. There's four of them in here. Their deaths would heavily influence (Be copied by) slasher films and in particulate the Friday The 13th films. 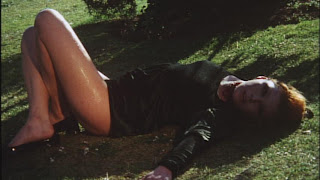 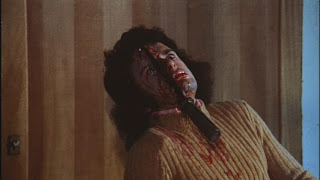 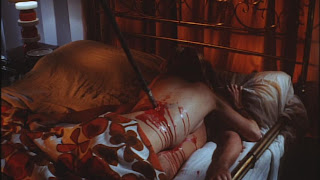 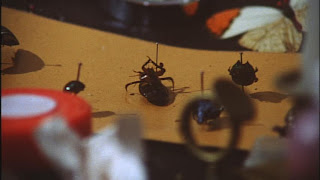 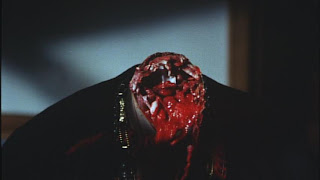 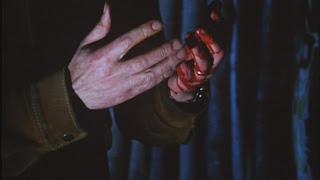 Email ThisBlogThis!Share to TwitterShare to FacebookShare to Pinterest
Labels: Movies I love, October HorrorFest, Twitch of the Death Nerve

Yeeeeaaaaah Boyyiieee, a little Bay of Blood action! Love it, though its far from Bava's best, it may be his bloodiest, and I enjoy the heck out of it. I still prefer Blood and Black Lace of his two Slashers, but this is classic.