Can your heart stand the shocking facts of grave robbers from outer space? 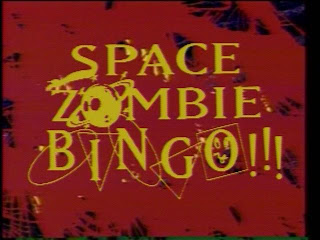 "These people are are all dead. Completely murdered and someone's responsible." 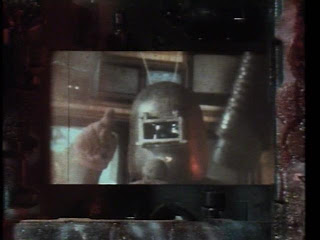 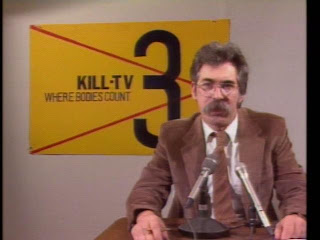 Okay...So Psychic Crisco warns us of an impending invasion of aliens in the future. Cut to a family having a cook out in a graveyard! The whole family are quickly killed by space zombies. Then General Herpes Simplex (Really?) informs us that this is not the first time the earth has faced alien invasion. The general assures us that the space zombies will be beaten just like all the other ones, with nuclear weapons. He calls in Major Kent Bendover (Why?) to head up the alien task force. The major saves Barbie Que (Stop!) whose expendable boyfriend got killed by the aliens. From there things get stranger. With giant aliens, music videos and mimes. 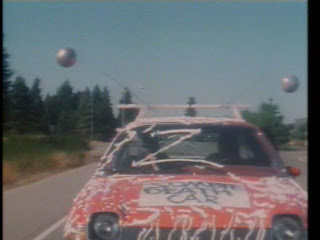 An obvious and loving homage of Plan 9 From Outer Space and Robot Monster. It plays a lot like Attack Of The Killer Tomatoes and The Lost Skeleton of Cadavra. Like those two films the jokes are all over the place. Some are smart and others are corny puns or toilet humor. There's some funny stuff here but an equal just falls flat or drags on. Like I said there's some funny stuff here, but way to much of the film is scatter shot. With just plain strangeness and some unfunny bits you'd be better of sticking with old Ed Wood. But I got to hand it to the makers of the film. They were inspired and passionate about their subject and they made a decent attempt at making a tribute to those classic "bad films."