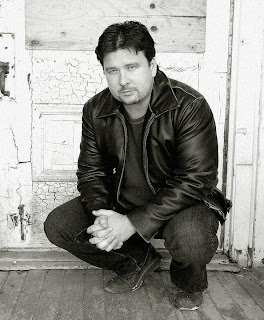 Dark Fiction author James Cheetham grew up in Manitoba, Canada. Thanks to many a long winter he developed a love of horror movies and novels. His first novel, Fade To Pale developed a strong cult following. It won Best Horror Novel of 2007 at Preditors and Editors. His short story The Beekeeper was recently released in an anthology called Weirdly: A Collection of Strange Stories. The Beekeeper won Best Short Horror of 2007 at Preditors and Editors. And now, his second full length novel is the initial book in a series dedicated to the zombie genre but written with a fresh new twist. Seasons of The Brittle Harvest Volume One: Prairie Frost is a Canadian take on the ominous world of the walking dead. I had the pleasure of talking to to him and asking him about his career and what he's working on.

How did you get your first novel Fade To Pale published?

Well, I should start by sending kudos to another writer who gave me some advice I still appreciate to this day. I started out taking the usual route most writers do. I queried agencies and publishers and received the standard generic rejection letters that makes one feel an inch tall. One late night while sitting at my computer I emailed writer T.M Gray and asked about her experiences, not expecting anything in return. To my surprise, she emailed me back and suggested I write some short stories and submit them rather than just concentrating on my full-length novel. I took her advice and wrote a story called ‘The Beekeeper’ which M.E. Ellis at Wild Child Publishing picked up a few weeks later. She asked if I had any full-length novels lying around and I sent her Fade To Pale. Thus began my long strange trip… 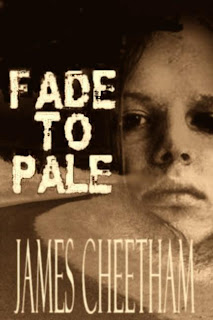 Where do you start with a story? Writing down some ideas and characters or with an outline?

Fade To Pale came about from a re-occurring dream I had that involved my wife and I purchasing an old house. I must have had the dream a thousand times and it always involved me stumbling upon a door to a room that I’d never seen before. The room was always well lived in, as though we’d been sharing the house with somebody else. It is hard to describe to people how ominous the feeling was. I would walk through this weird living quarters where the odour of breakfast still lingered from a greasy pan on the stove, or a radio crackled away, but nobody would ever be there. I would be left with an overwhelming feeling of a ghostly presence. The rest of the story evolved around those bizarre dreams…

In general, my ideas start with a single image in mind. Something startling that lingers there for a while. At one time I wrote my ideas down, but have since come to the conclusion that good ideas will never be forgotten. If you forget a plotline, it could not have been that great to begin with. 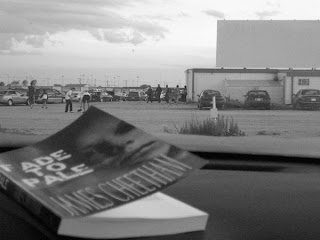 When is your favorite time to write? Morning? Night time? And for how long?

I am learning to write whenever I can now. At one time it was late at night or when my daughter was younger—early in the morning. Now, with my various things on the go, I try to fit it in where I can.


What do your prefer for writing? Old school notebook or typewriter or more modern like a computer?

I prefer a computer. A laptop makes life easier; you can take it with you or go outside if it’s a nice day. Computers have evil sides too though. They can crash, notebooks can’t. I find if I write in a notebook and then transfer it to computer I practically rewrite it all over again anyway. I’m pretty fussy, and the laptop is most forgiving. Writing in a notebook hurts my wrist after a while too, which causes this wimp to take more breaks… and I’ll be damned if I can read my own chicken scratch most of the time.


How many drafts do you write before you feel what you've written is done?

I write one draft and then edit it a million times over. By the time I’m done, the first draft and the final edit are often two entirely different stories. I hate writing first drafts, but I love editing. Editing is putting the icing on a cake it took you two years to bake.


How do you deal with the violence in your writing? Is it a cleansing experience for you putting it on the page? Have you ever been effected by anything you've written? Or written something you felt went too far and changed it?

I think violence is reality. We human beings are violent animals, and it is in all of us to act out under the right circumstances. I don’t feel I embrace it in my writing, like sex, if it is imperative to the plot it must be tackled, but it should be done with tact, even if it is taking place in a horror novel. Good writing should include a sense of class. There are ways you can write about taboo subjects like incest or murder without offending those affected by it in their own lives. If you are writing for no other reason but to shock somebody or offend, your career will be short-lived.


What writers have had an influence on you?

The bad ones…
In this day and age, where anybody can go online and say they are a rock star, or a pinup model, or a writer—you have to be damn good at what you do to get anybody to notice you. It’s easy to be a bad writer, but I want to be a good one. I thank every writer out there who has put out trash. It only encourages me to write better.


Were do you see the horror fiction genre going in the next few years?

I don’t know to be honest. I prefer to write about simple rural settings and strange people.
It seems though, that there is a surge towards violence and snuff that makes me shake my head at times. Horror should scare you, but in those series of emotions there should also exist a sense of fun, or at least hope. I don’t want to write something that is only going to cause pain and fear in the reader. I want them to enjoy their read, relate to it, and find a soft spot for some of the characters if possible too. It’s easy to write about a killing spree, it’s hard to write about the mind that makes the decision to go on that spree… 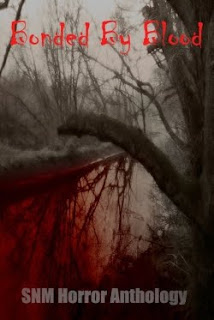 Can you tell us a bit about Bonded by Blood?

Bonded By Blood is an Anthology put out by SNM Horror Magazine. SNM is an online magazine run by Steven Marshall (hence the name SNM, which are Steve’s initials, so get your head out of the gutter).

I was recently voted SNM Magazine’s horror writer of the year, but must add that I was in good company. It is a great place for new writers to get exposure. Steven has a soft spot for horror writers, and goes out of his way to make them feel welcome, and show them they have just as much a chance to become successful as everybody else does. There aren’t many people out there in this industry like that. 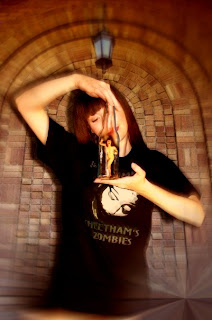 You have a clothing line called Cheetham’s Zombies! How did this come about?

Well, let me take you back to the mid-seventies where a greasy haired eight-year old kid in bell-bottoms sat in the back of a van watching Dawn of The Dead at the Odeon Drive-in just outside of Winnipeg. That movie, and those Romero zombies struck a nerve in me that to this day has not left my system. I LOVE zombies, they are the only critters that can still give me that chill horror fans so often seek.

I wrote a book called Seasons of The Brittle Harvest Volume 1: Prairie Frost, hoping to fulfill my dream of creating a zombie story that takes place in my hometown. The book release was scheduled for January of 2007 but I made some choices that led to the book sitting idle, (live and learn new writers!). While seeking other options, I began offering my friends and readers zombie makeovers. I manipulated photos of people until they basically looked like dead, dehydrated Smurfs—but I got better at it, and it has since taken on a strange life of its own. The zombie makeovers led to a t-shirt line, which we hope to expand upon soon. 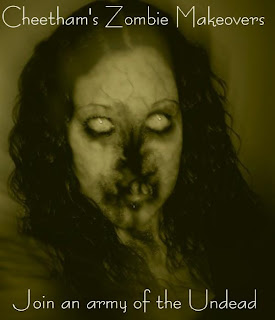 Can you tell us a little about what you working on next?

The zombie makeovers led me to collaborate with myphotocookie.com. We can take your photo, zombify it, and place it on a cookie for your Halloween events. It’s really neat, and we hope to make it a yearly event.

We are taking the zombies on the road too. Along with photographer Doug Ritter, we will be in Minneapolis for the Crypticon. We are offering actual 24x36 portraits to customers who want to become zombies. The portraits, once framed, look unbelievable on the wall.

I am also looking at submissions from a few artists hoping we can turn the zombie idea into a comic book.

It is hard to find people interested in a zombie story that takes place in Winnipeg, when most people in the industry aren’t even sure where the city is. I may finally end up releasing it as a free read at my website for my friends and readers who live there. It is an effort straight from the heart. It means the world to me to be able to share this with Winnipeg. It is my ode to the city that helped mould my oddball mind.

In the meantime, I co-created The Dark Fiction Guild. I have a new novel in the works called Ballad of a Bought Farm, and I am looking for a publisher that can offer wider distribution for Fade To Pale.

Any advice for someone who wants to write horror fiction?

I want you to close your eyes and imagine a colour nobody has ever seen before. Then, I want you to describe it to the rest of us…

Not that easy? Well, if you can write a plot as rare as that imaginary colour, there’s no doubt in my mind you’ll be rich!

Now, how many zombie cookies did you say you wanted?

I want to thanks Mr. Cheetham for taking the time to talk to me. Check him out here and here.
Posted by Professor Brian O'Blivion at 8:55 PM