“You don’t do it for the money…you do it because you love it!” A Conversation with David Stay 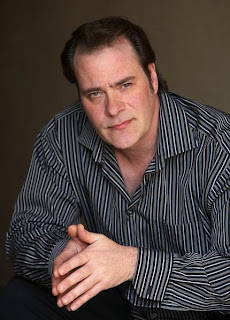 David Stay is the genuine article. He is a creative tour de force that creates not for financial gain, but for a burning desire to express himself, no matter the toll it may take. I was fortunate to get a chance to speak with David, as he is about to appear in two incredible projects, Ford (Attitude for Destruction) Austin’s Dahmer vs. Gacy and his self-directed feature Sphere of the Lycanthrope.

First of all, let me say thank you for agreeing to this interview! Let’s start off with a few questions about your latest projects. What can you tell us about Dahmer vs. Gacy?

David: Ford Austin directed and stars in the movie, and it’s full of blood and comedy. It is a dark dark dark comedy. I have a small role in the film as Rob Phillips. I decided to read Rob as gay, Ford agreed. After further speculation of the character I figured if I were going to insult the gay community, why not insult the deaf community as well. I surprised them with  the rehearsal take and everyone thought it was hilarious! So there I was in a kimono, and combat boots…flaming gay and just going (at this point, David does an impression of his character that is both impossible to transcribe and hilarious)!! Ford said, “Let’s do it!!” Rob is the only guy in history to be murdered by both Dahmer and Gacy by the way! 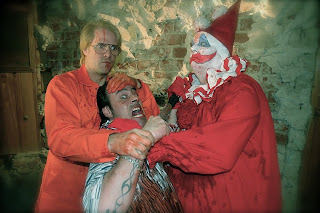 What can you tell us about the shooting of Dahmer vs. Gacy?

David: I filmed for one day. The filming took place in a disgusting, dilapidated house. The house looked condemned, but in a nice neighborhood though! And, every time blood is involved, I get hurt. I tore up my knees on some gravel while being stabbed to death by the infamous serial killers (on this shoot)!

When will Dahmer vs. Gacy be available to the public? 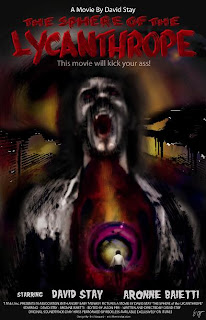 You and Ford Austin and Keith Grening just finished another project, Sphere of the Lycanthrope (written, directed and starring David and produced by Ford and Keith Grening his East coast partner and Producer). Can you tell us a little about this project?

David: The film was completed in 1992! It took 18 years to get it out! The film seemed cursed. My car died, my girlfriend left me for being so obsessed with the project, and people stole my money! We were trying to create a new genre, the Thrillomedy. The film is pretty funny, until the teacher, John Hammond, transforms…then it isn’t funny anymore! I wanted to build audience anticipation. The Beast does not appear until the last 22 minutes of the film and the film runs 103 minutes, so there is action about every 20 minutes or so to keep building the audiences anticipation (for the monstrous climax). The film was completed for around 10,000 dollars!! I set out to make a new cult classic! An new genre of film, the THRILLOMEDY. The moto of the film is "This movie will kick your ASS!" 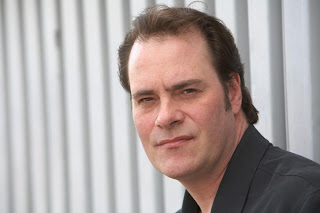 The film seems to contain a lot of physicality on your behalf.

David: I didn’t intend to play the role of John Hammond, I just wanted to direct it and produce it and do the fight and stunt choreography, but after auditioning a few guys Keith turned to me and explained we were using high school and college kids, and I don’t care what kind of release they signed, if they got hurt we would be in real trouble, you have to play the lead. As far as the fight sequences I didn’t want the fights to be like the ones in 100,000 million dollar movies with a ton of cuts and you can’t tell what is going on. I wanted every punch thrown to be seen! I actually damaged my kidneys and ended up peeing blood from one of the stunts in the film. You can actually see that in an outtake that plays during the credits. The credits actually run about 15 minutes to show all the outtakes. I think that every movie should show their outtakes, even a film like Schindler’s List! Well, maybe not Schindlers List. 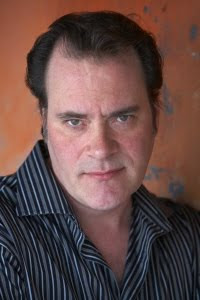 The film is starting to get a lot of attention recently as well!

David: Absolutely, we actually won the 2009 Action on Film International Film Festival Award for Best Horror Feature of 2009 (one of the top honors)! By the way, Ford Austin, members of the cast and myself will be signing copies of the DVD at Dark Delicacies http://www.darkdel.com/ located at 4213 W. Burbank in Burbank CA. at 2PM on Saturday, September 26th!! 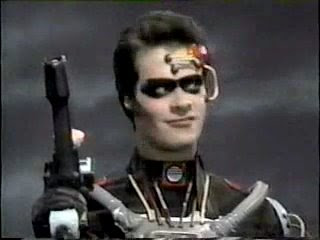 I really wanted to touch on a subject that is very close to my heart, and that is your role as Mandarr in the classic (my favorite, in fact) 80’s TV show Photon. How did you come to be involved with the show?

David: I had a friend, who was going to Japan (where Photon was partially shot, as well as in Los Angeles) and he said, “Why don’t you come with me?” I said “Are you nuts!!” But, I had been reading the trade papers since I was 14, I was 24 at the time, and I saw an ad about a TV show that was casting inJapan, so I decided to go. I found a manager I auditioned for the role of (hero) Bohdi Li, and 2 hours later I was informed that I got the part of Mandarr the lead bad guy (I almost always play the bad guy)! For 3 months before the production began, I was the first American bartender in the history of the Hard Rock Café in Tokyo, the bartenders were all business boring and the clientelle were quiet and too behaved. This is the Hard Rock Cafe right?! Well, before I took my leave to start filming, I had the bartenders spinning and throwing bottles, I was spinning bottles way before "Cocktail", I would blow fires at the end of the night and the place was rockin like never before, people were actually having a blast as they should have been! Production on Photon began. They had all of the character concept sketches lying out when I arrived, and the sketch for Mandarr looked exactly like me, and the artists hadn’t even seen me!! So I assume it was a no brainer as soon as I walked in as long as I could act! We shot 26 episodes in 8 months. The show was created by the guy who created the Photon game and centers from Texas where they originated then spread through the US, We were going to be picked up for an additional 26 episodes, but the centers started closing down. I would call my family 8,000 miles away and tell them to watch this show, and I didn’t tell them what it was about, or what I did on it. It was a way to stay connected with my family, whom I am very close with! When I returned to the US, mothers and children would come up to me and recognize me as Mandarr! It really was like Power Rangers, but way before it’s time. 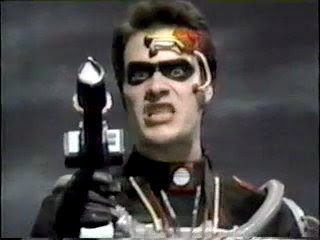 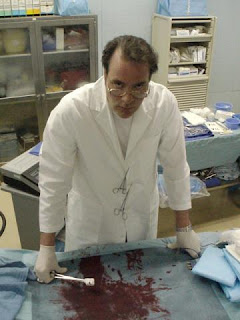 So, what does the future hold for David Stay?

David: I’m currently working on getting backing for the sequel to Sphere of the Lycanthrope, the sequel contains a sphere forbidden to speak. The statement I wanted to make with The Sphere of the Lycanthrope was simply that, if I could make this movie for under $10,000 incorporating hundreds of people, motorcycle gangs, spines ripped out ect...and win two acclaimed awards, just imagine what I could do with a real budget. I am really not big on sequels, but this one is completely different and will kick your ass harder then The SOTL. I will even give my word with a modest budget, the sequel will make at least $50,000,000. So if there are any investors reading this, contact me and let's discuss the possibilities. Anyway Indrid, gotta jump, and do me a favor, ROCK ON!

I just want to add what an honor it was to be able to interview David. I urge everyone who to visit www.davidstay.com, click on the Sphere of the Lycanthrope link to learn all about The SOTL and David’s other projects, and be sure to get your copy of this CULT CLASSIC, The Sphere of the Lycanthrope!!
(Thanks to Ford Austin for making this interview possible)
Posted by Professor Brian O'Blivion at 12:08 AM